Alcohol, or ethanol, is typically created by fermenting plant products like fruits or grain. It acts as a central nervous system depressant and, when consumed in excess over time, is associated with several adverse health outcomes.

Adderall is a dextroamphetamine/amphetamine stimulant used to treat narcolepsy and attention deficit hyperactivity disorder, or ADHD. It is a commonly prescribed medication but has historically experienced prevalent patterns of diversion—meaning that a significant amount of this prescription drug is routed to the illicit market for nonmedical use.1,2

Mixing these two drugs, each with decidedly distinct intoxicating effects, can be a dangerous combination. Some people who combine stimulants and alcohol may do so inadvertently, while others may do so to improve or otherwise alter the high. People who ingest these together with the intention of intensifying their high may mistakenly believe that the somewhat opposing physiological influences of alcohol and Adderall cancel each other out.5 While a stimulant can mask some of the more subjective symptoms of alcohol intoxication, like drowsiness, it does nothing to halt the cumulative, dose-related toxicity of either substance. As people may be less able to assess how intoxicated they are, there is an increased likelihood of continued or over-consumption of one or both substances—one of several factors that make this a potentially very dangerous combination.5

The Dangers of Mixing Adderall and Alcohol

When a person mixes Adderall and alcohol, they may experience:3,4,5,6

As mentioned, stimulants like Adderall are sometimes used in an attempt to mask some of the depressant effects of alcohol. Should consuming these together prevent a person from gauging how much alcohol has been consumed, more drinking may occur than otherwise would, which can increase the risk of alcohol poisoning.

Symptoms of alcohol poisoning include:7,8,9

Very serious, dangerous side effects of mixing alcohol and Adderall include:

MORE ON MIXING WITH ALCOHOL:

Who is More Likely to Mix Alcohol and Adderall? 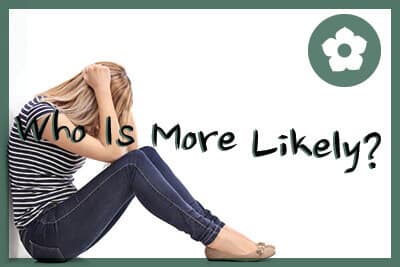 People who take Adderall to treat ADHD should be very wary of mixing their prescription medication with alcohol. The safety of such a combination can depend a great deal on when the person last took their dose of Adderall, but in general, taking prescription medications while drinking alcohol decreases therapeutic efficacy (should the medication be taken for legitimate medical purposes) and increases the risk of certain adverse effects.

It is a commonly held belief that taking a stimulant like Adderall will help a person stay awake while cramming for an exam or class. Some students may illicitly obtain and use diverted Adderall or other psychostimulants in an attempt to maintain focus during all-night study sessions or essay writing sprees. When misused in this manner by people without ADHD, Adderall does not appear to have the intended benefits.11 Some college students who engage in nonmedical use of stimulants may be more likely to mix Adderall and alcohol.2,11

College students are also more likely to drink than their peers who are not in college.12 If a student has taken Adderall to study, then attends a party and drinks, they could be at greater risk of encountering some of the adverse, interactive effects mentioned above—including lethal alcohol poisoning.

Results from the 2014 Monitoring the Future study indicate that 35.4 percent of college students reported binge drinking (five or more drinks in a row) within the two weeks prior to surveying; 42.6 percent reported having been drunk in the prior month once or more. From the same study, stimulant use continued to be an issue with college students as well, although past-year Adderall abuse experienced a slight decline between 2013 and 2014—from 10.7 percent to 9.6 percent.13

Consistently mixing substances to increase or otherwise modulate a high could lay the groundwork for a developing polysubstance use disorder. If compulsive polysubstance use with Adderall, alcohol, or any other drug has negatively impacted your life or the life of a friend or loved one, medical detox followed by a period of substance rehabilitation can help anyone initiate their recovery.

Help is just a phone call away. If you or someone you love is struggling with addiction and are unsure of what to do, call us today at . Greenhouse Treatment Center, American Addiction Centers’ drug and alcohol rehabilitation center in Texas, is ready to help you get the treatment you need today.

adderallalcoholmixingstudy drugs
Prefer getting help via text?
We're available 24/7 via text message. Signup below for access to our team when its convenient for you!
and many more...
✕
Instantly Check Your Insurance Coverage
Your information is safe & secure
At Greenhouse, we accept most types of private (non-government) insurance and offer a variety of payment options.
You can quickly and privately check your insurance benefits to see if you're covered for addiction treatment services. We’ll be able to tell you if your provider is in network with Greenhouse Treatment Center and all American Addiction Centers locations.
This means your treatment may be FREE1 depending on your policy, copay, and deductible.
Your Next StepsRecovery from alcoholism is possible. Let us help you.