Concerta is one of the brand names for the prescription stimulant medication, methylphenidate. Ritalin is another—and probably the most well-known—brand name for methylphenidate. A Schedule II controlled substance, Concerta has legitimate medicinal use but the potential for abuse and dependence is considered to be high.1,2Quitting Concerta may result in a set of withdrawal symptoms that, while not physically dangerous, can be uncomfortable.1

Concerta is prescribed for the treatment of Attention Deficit Hyperactivity Disorder (ADHD).1Concerta is an extended-release formulation of methylphenidate, meaning that rather than releasing the medication all at once (immediate release), it remains therapeutic over a longer period of time.

An extended-release version can have many benefits, including having to take fewer doses throughout the day; however, misuse of an extended-release medication can be very dangerous as bypassing the intended gradual-release mechanism can result in intensified side effects and the potential for overdose.1,3,4 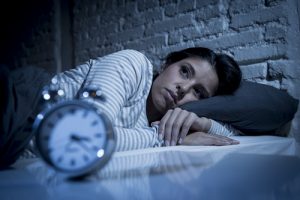 Concerta has therapeutic value for those who need it and take it as prescribed; however, it can be misused. Unfortunately, abuse of stimulants like Concerta are common. In 2017, more than 900,000 people misused methylphenidate medications in the United States.5 When Concerta is misused—for example, intranasally (crushed and snorted)—it can produce effects akin to cocaine and it has a similar addictive potential.6

Concerta use can result in the development of physical dependence, an adaptation of the body to a substance wherein quitting results in a withdrawal syndrome. Concerta withdrawal symptoms may be similar to those seen during withdrawal from illicit stimulants.6,7

The American Psychiatric Association’s Diagnostic and Statistical Manual of Mental Disorders (DSM-5) lists the formal diagnostic criteria for stimulant withdrawal, which would include withdrawal from Concerta.

The Concerta label also indicates that severe depression may result from Concerta withdrawal.1

Stimulant abuse often takes place in a binge and crash fashion, meaning the individual will use many doses in a row in a binge and then experience a “crash,” or early withdrawal. This is likely to bring on symptoms such as severe fatigue, hypersomnia (excessive sleeping), lack of energy, and depressed mood.8

“Withdrawal management is only the first step in recovery.”

Withdrawal management is only the first step in recovery. After the withdrawal phase ends, further addiction treatment (whether outpatient therapy or inpatient rehabilitation) may be beneficial for continued abstinence, since any issues that contributed to the misuse of Concerta in the first place are likely to remain and could promote relapse if not addressed.10

Treatment may include some or all of the following:

Our program at Greenhouse Treatment Centers incorporates all of the above to help individuals struggling with addiction and co-occurring disorders achieve lasting sobriety. Our program offers a full continuum of care from medical detox to sober housing to provide you with an array of options as you navigate your journey to recovery from Concerta addiction.

Don’t let your addiction reach rock bottom. If you or someone you love is struggling with the devastating side effects of addiction and are unsure of where to turn, call us today at . Greenhouse Treatment Center, American Addiction Centers’ drug detox clinic in Dallas, is ready to help you get the treatment you need today.

withdrawal
Prefer getting help via text?
We're available 24/7 via text message. Signup below for access to our team when its convenient for you!
and many more...
✕
Instantly Check Your Insurance Coverage
Your information is safe & secure
At Greenhouse, we accept most types of private (non-government) insurance and offer a variety of payment options.
You can quickly and privately check your insurance benefits to see if you're covered for addiction treatment services. We’ll be able to tell you if your provider is in network with Greenhouse Treatment Center and all American Addiction Centers locations.
This means your treatment may be FREE1 depending on your policy, copay, and deductible.
Get the Info & Help You NeedWe're open across the US. Learn about your options.