Dilaudid: What are the Side-Effects of Use and Signs of Addiction?

Dilaudid (hydromorphone hydrochloride) is a narcotic pain reliever that is classified as a full (or pure) opioid agonist. Dilaudid is similar to morphine, methadone, heroin, oxycodone, and other opioid drugs, though it is significantly stronger than many other opioid drugs.

Dilaudid acts in the same way that other narcotic medications act, by stimulating the neurons in the brain to increase the pain threshold (to increase the amount of stimulation required to feel pain) and to reduce one’s perception of pain.

The United States Drug Enforcement Agency lists Dilaudid as a Schedule II controlled substance, indicating it has a high potential for abuse and addiction, and that it can only be legally purchased with a prescription from a physician.

Dilaudid is used for acute management of moderate to severe chronic pain in individuals when the use of an opioid drug is appropriate treatment consideration. Other uses for Dilaudid include postoperative pain and cough suppression.

Dilaudid is a pure opioid agonist 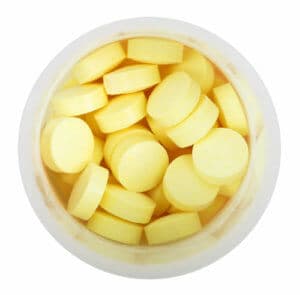 When opiate drugs like Dilaudid bind to these receptors in the brain, they also increase the production of dopamine in the areas of the brain that are associated with reward or reinforcement for repeating a specific behavior, and this produces a state of euphoria and relaxation.  The association of these feelings increases the desire to repeat the action in order to achieve this sensation.

The major action of Dilaudid is analgesia. One of the principal features of this analgesia is that it can occur without the person losing consciousness. Thus, at least in small doses, Dilaudid is an effective painkiller that does not render the person unconscious. This, of course, is useful on many levels, but it also opens up the potential for abuse.

Dilaudid affects the cardiovascular system by causing veins and arteries to dilate.

It also releases histamine, which is a substance produced as an immune response to cause inflammation (it also has several other functions in the body, including acting as a neurotransmitter).

Dilaudid affects the gastrointestinal tract by decreasing gastric and pancreatic secretions, delaying food digestion in the small intestine, and decreasing tone in the intestines, leading to constipation.

The major cognitive effect of Dilaudid is a feeling of euphoria or extreme wellbeing.

Side Effects of Dilaudid Use

Because Dilaudid is a pure opioid agonist, it carries a high potential for both physical dependence and the development of a substance use disorder (an addiction).

How Does Dilaudid Addiction Begin?

Prescription drug abuse has been rapidly increasing in recent years. In a study published in the Journal of Drug and Alcohol Dependence, researchers identified three different subtypes of prescription drug users who use these drugs without having a prescription:

The probability of being a prescription drug abuser, and therefore more prone to developing an addiction, was highest in the recreational and mixed subtypes. Based on this research, we can conclude that addiction to Dilaudid is far more likely to occur in individuals who use the drug for purposes other than its intended medical use (e.g., pain control). We could speculate that the aspects of tolerance and withdrawal, which are quite powerful with Dilaudid, contribute to the potential for the development of addiction in these individuals because using higher doses of drugs (a sign of abuse) more often will increase the probability of a potential for dependence.  Moreover, experiencing withdrawal effects is a motivator to seek and continue drug usage even in the absence of wanting to “get high.”

Of course, a number of other factors contribute to the potential to develop an addiction to a drug, including such things as genetic makeup, environmental factors that could include things like relationship issues, the presence of trauma, and other psychological issues.

Currently, there are no specific identified causes for any kind of addiction. Rather, there are a number of influences most likely contribute to be development of substance use disorders in different individuals.

There are four major factors that have been identified to be important influences that determine both the severity of withdrawal symptoms and the length of time a person will experience these symptoms as a result of stopping use of an opioid drug. These factors include:

Tolerance and withdrawal develop relatively quickly with full opioid agonists. For Dilaudid use, physical dependence may occur as quickly as within 2-3 weeks. Due to its relatively short half-life, a person may begin experience withdrawal symptoms after as little as 10 hours of the last administration of Dilaudid.

There are several different categories of signs and symptoms in addition to tolerance and withdrawal that are suggestive of a potential addiction to Dilaudid. These signs serve as indicators of the need for the individual to receive help. Behaviors that are signs that an individual has a problem include:

Several other physical signs can also suggest an issue:

How to Choose a Treatment Program

The discontinuation process for Dilaudid will typically begin with either a medical detox protocol to taper the dose slowly so the person can slowly adjust to discontinuing the drug or opioid replacement therapy (e.g., Suboxone) to assist with medical detox process.

Medical detox is not sufficient for full recovery. The person must engage in some type of therapy following medical detox to achieve recovery.

Should one choose inpatient or outpatient treatment? From an effectiveness of therapy standpoint, research has indicated that inpatient and outpatient programs for treating addictions have similar success rates. Thus, there are other considerations that can help guide one in the choice of treatment.

Some advantages to an outpatient recovery program include:

Often the choice of beginning an inpatient program is decided by a physician, family members, the judicial system, or due to other concerns (e.g., financial).  If clients choose an inpatient program initially, they will eventually transition to some type of outpatient program. This may be group therapy, individual therapy, or both. Many people find local support groups, such as 12-Step programs, to be an available option for long-term outpatient treatment (although 12-Step meetings also occur in inpatient settings).

Things to Consider When Choosing a Treatment Program

Treatment for addiction works most efficiently when the person attends and engages in the process of recovery. Some things a person might want to consider include:

Taking the time to choose a treatment program that is a good fit for the individual will often result in better long-term outcomes for recovery.