College is often a place where young people experiment with drugs and alcohol and is often the time where young people first engage in substance use.1 In fact, many view this experimentation as part of the college experience, but it can also lead to regular abuse and even addiction. Some of the most common substances of abuse that are used among the college crowd include alcohol, marijuana, amphetamines, cocaine, and MDMA (ecstasy and Molly).

Some students, however, opt to stay away from drugs and alcohol while in college. Whether they have struggled with substance abuse in the past or simply choose to avoid trying these substances in the first place, staying sober in college is an option that some students choose. 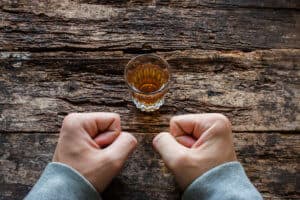 In 2018, 59.6% of college students report using alcohol in the last 30 days.2 In a 2017 report to Congress, the U.S. Substance Abuse and Mental Health Services Administration reported that alcohol is the most widely used substance among America’s youth, more than tobacco, marijuana, or other drugs.3

About 25% of college students who frequently binge drink report academic consequences, including missing class, falling behind in class, doing poorly on tests and experiencing a drop in grades.4 Binge drinking has also been tied to an increased risk of dying in a motor vehicle crash or suffering fatal unintentional poisoning (from alcohol as well as from mixing alcohol with other drugs).

The consequences extend beyond the drinker’s academic performance and health, however, as binge drinking is associated with motor vehicle crashes, unsafe sexual practices and sexual violence and victimization.3

For college students who don’t wish to abstain from alcohol entirely, it’s crucial to have the knowledge and skills to safely moderate their consumption of alcohol. The Rethinking Drinking website from the NIAAA provides guidance, education and resources that will help reduce problem drinking and consume alcohol safely. Some tips that may help college students drink more responsibly includes:

The NIAAA has also put together a guide to help parents discuss the risks and consequences of college drinking.

Marijuana is the most commonly used illicit drug in the country, according to the National Institute on Drug Abuse.7 In 2018, nearly 43% of college students used marijuana in the last 30 days.2 Some college students—5.8% in 2018—report using marijuana on a daily basis.

Although several states have legalized the use of the recreational and/or medicinal use of marijuana, the U.S. Drug Enforcement Agency (DEA) still considers marijuana a Schedule 1 substance, and it’s illegal at the federal level.8

Marijuana is commonly smoked, eaten, drunk, and vaped.  The trend toward legalization of marijuana in individual states means that the drug is more widely and easily available. Also, levels of concentration of THC, the active ingredient responsible for the drug’s intoxicating “high,” increased threefold from 1995 to 2014.9

In addition to producing marijuana’s euphoric high, THC is also responsible for some of the undesirable side effects of marijuana: loss of balance, impaired coordination, altered senses, anxiety, paranoia, and sometimes even psychosis.

Regular use of marijuana with high THC concentrations is also associated with cannabinoid hyperemesis syndrome, a condition of uncontrollable cyclic vomiting over a 24-48-hour period that’s associated with chronic marijuana use.10,11

Recent research has demonstrated that marijuana may alter brain functioning in adolescents and young adults in a way that leads to impaired decision-making and memory as well as impulsivity.12 Use of marijuana in conjunction with alcohol has also been shown to adversely affect critical skill development of complex attention, memory, processing speed and the ability to visually perceive space and distance in adolescents.12

Frequent use of marijuana can lead to dependence, which is even more likely when used in higher doses. When a person whose body is dependent on marijuana stops using, they will experience unpleasant withdrawal symptoms with the first week of quitting and lasting up to 14 days: irritability, insomnia, restlessness, cravings and physical discomfort.13

Another common drug often encountered by college students is Adderall, a stimulant medication that’s prescribed for the management of attention deficit hyperactivity disorder (ADHD).14 Adderall is a combination of dextroamphetamine and amphetamine and helps those with ADHD improve their ability to focus and concentrate.14

Adderall and prescription stimulants have seen an increase in use by college students over the last few years. In 2018, approximately 11% of college students report having used Adderall in the past 30 days.2 Interestingly, research indicates that the drug actually has little impact on neurocognitive performance in college students who do not have ADHD.17

In a survey of college students taking prescription medication, 27% of respondents indicated they had been approached to sell, trade, or give away their medications.18 And those who took prescription stimulants for ADHD were 54% more likely to be approached.18

Regular use of Adderall can cause dependence and carries with it a risk of sudden death in addition to other side effects and potential adverse effects. Furthermore, rmisuse of prescription stimulants by college students is—despite their reputation as a “study drug”—actually associated with a lower GPA, indicating that it actually hinders academic performance.19

Sedatives such as benzodiazepines may be used by students looking to reduce stress or cope with social anxiety. Benzodiazepines are dangerous, particularly when used in conjunction with alcohol.

Cocaine is often used in conjunction with alcohol.20 As with all poly-substance abuse, the risks of both alcohol and cocaine are magnified when both substances are used together.21

Heroin is an illicit opioid similar to prescription painkillers like morphine, OxyContin, Vicodin, codeine, etc.22 It can be administered by injection, insufflation (i.e., “snorting”) or smoking.22 Like all opioids, heroin has a high potential for abuse and addiction.22

Overdoses and fatal overdoses from heroin as well as other opioids have been increasing over the last several years.22 An overdose will cause a person to stop breathing and is a medical emergency. Naloxone is a drug that’s used to revive someone who has overdosed on opioids. It’s been made increasingly available over recent years.23

Although it may feel like the majority of college students are partying, drinking, and doing drugs, many choose to stay sober. And they don’t have to do that alone. There are many resources available to help students stay sober in college.

Collegiate Recovery Programs (CRPs) have become popular and widely used university-based initiatives for helping college students who are battling drug and alcohol issues or who have already been diagnosed with a substance use disorder and are in recovery. A directory of CRPs is available on the website of the Association of Recovery in Higher Education.

Students attending college where a recovery program isn’t available on campus should connect with their school’s counseling center or student health center to inquire about local and/or campus resources that may be helpful. Options that may be available include mutual-help groups (i.e., 12-step recovery programs like Narcotics Anonymous or Alcoholics Anonymous, or similar programs like SMART recovery) or sober living residences (e.g., on or off campus dormitories that help promote or sustain sobriety), sober activities)

For students wishing to find a mutual-help group, meeting finders are available on both the Alcoholics Anonymous and SMART Recovery websites.

To maintain sobriety, surround yourself with others who wish to stay sober. Rather than socializing at high-risk places like bars, clubs, and frat parties, opt instead to meet with friends at coffee shops or other alcohol-free venues.

Fill your schedule with fun—and sober—extracurricular activities. Most college campuses are home to a bevy of clubs dedicated to specific interests, such as music, art, films, literature, and sports; join a club that interests you most and learn to have fun without drugs or alcohol.

For some students, living off campus may be a better option. If you live with others who don’t drink or use drugs—or who are at least supportive of your sobriety—peer pressure to abuse substances will be substantially reduced.

Help is just a phone call away. If you or someone you love is struggling with addiction and are unsure of what to do, call us today at . Greenhouse Treatment Center, American Addiction Centers’ Texas inpatient drug rehab center, is ready to help you get the treatment you need today.

Prefer getting help via text?
We're available 24/7 via text message. Signup below for access to our team when its convenient for you!
and many more...
✕
Instantly Check Your Insurance Coverage
Your information is safe & secure
At Greenhouse, we accept most types of private (non-government) insurance and offer a variety of payment options.
You can quickly and privately check your insurance benefits to see if you're covered for addiction treatment services. We’ll be able to tell you if your provider is in network with Greenhouse Treatment Center and all American Addiction Centers locations.
This means your treatment may be FREE1 depending on your policy, copay, and deductible.
Your Next StepsRecovery from alcoholism is possible. Let us help you.