Opana is a brand name for oxymorphone, an opioid painkiller medication, which is used to control moderate to severe pain.1

Although Endo Pharmaceuticals, the manufacturer of Opana has discontinued distribution of brand name oxymorphone,2 it’s still available as a generic medication,3 and illicit oxymorphone pills may also be found on the streets according to the U.S. Drug Enforcement Administration.4 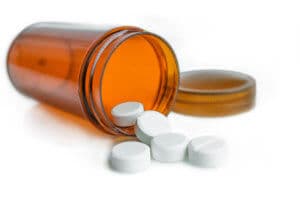 Oxymorphone is a strong opioid medication used for pain management; it’s 6-8 times more potent than morphine and about twice as potent as OxyContin (oxycodone).5 Opioids interact with neurotransmitters in the brain, blocking pain signals sent from the brain to the body and dispersing large amounts of dopamine. This results in the euphoric feeling, or “high,” that some people seek when they use this type of medication. The dopamine release also serves to reinforce the act of taking the drug, making the user more prone to want to continue to experience the feeling. This is a contributing factor to oxymorphone’s potential for abuse.

Although oxymorphone reduces pain and induces feelings of relaxation and happiness, it also has several potentially harmful, uncomfortable side effects:

According to the 2018 National Survey on Drug Use and Health, approximately 2.9 million people aged 12 and older misused prescription painkillers in the past month.6

When a person takes opioid medications for a significant duration of time, they eventually begin to develop a tolerance to the medication. This is likely to happen more quickly when a person misuses the drug. As the body becomes used to the drug’s effect, they begin to need higher and higher doses of the drug to get the same effect Heavy and frequent use causes tolerance to set in more quickly.

Opana is typically prescribed in an extended release formulation that’s designed to deliver the medication slowly over time after the pill is swallowed vs. all at once. Individuals with a high tolerance to the drug, such as those who suffering from an opioid use disorder, may crush the pills and snort the drug or inject it directly into the bloodstream in attempts to bypass the extended-release mechanism and deliver a large dose of the drug all at once.7

Using drugs intravenously puts individuals at risk of contracting transmittable diseases, such as HIV and hepatitis. There are also several health risks associated with snorting or injecting any kind of drug. Insufflating opioids can erode the mucosal lining of the nose and upper airway causing necrosis, or death of the tissue. It may also lead to perforation of the nasal septum as well as nasal polyps due to chronic inflammation of the sinuses.8,9

Some users choose to snort oxymorphone because injecting drugs increases the risk of being infected with HIV and hepatitis via shared needles.10 Snorting drugs, however, doesn’t eliminate the risk of bloodborne infection when users share straws.11 These straws may be in direct contact with blood via nasal tissue eroded from necrosis.11

Snorting or injecting a potent opioid drug like oxymorphone may increase the likelihood of a potentially fatal opioid overdose. Opioids were involved in approximately 70% (46,802) of drug overdose deaths during 2018, according to the Centers for Disease Control and Infection.12

Damage done to the inside of the nose and sinuses as a result of snorting drugs may pose increased risk should a user overdose on opioids. First responders and bystanders often deliver the opioid overdose reversal drug naloxone (or Narcan) via a nose spray, and disease or obstruction of the nasal cavity is associated with an increased risk of serious opioid-induced respiratory depression.13

A person who has overdosed on opioids will display three key signs/symptoms:14

If overdose is suspected, call 911 immediately and administer naloxone if it is readily available.

Physical dependence on opioids occurs when the body becomes accustomed to the presence of an opioid medication or illicit drug such as heroin and it relies on opioids to maintain normal functioning. Without taking the drug, withdrawal symptoms will begin to be experienced. Symptoms of withdrawal may include:1

Addiction is defined by the American Society of Addiction Medicine as a “chronic medical disease” that’s characterized by compulsive and repeated substance use that continues despite harmful consequences.16

Addiction to opioid drugs like oxymorphone can have many effects on an individual’s mental and physical health, behavior, and daily functioning. Behavior that may be observed by friends and loved ones of a person with opioid use disorder includes:

Effective treatment for opioid use disorder is tailored to an individual’s needs.17 Treatment typically involves a combination of behavioral therapy and medication to support sobriety and prevent relapse. Medication for opioid use disorder is used to minimize the unpleasant effects of withdrawal as well as to control drug cravings and help avoid relapse. Behavioral therapy helps individuals to better cope with unhealthy behavior and negative thoughts that contribute to the pattern of drug use.

Aftercare is a critical component for recovering from opioid use disorder. Mutual help groups like narcotics anonymous are typically recommended to support sobriety and prevent relapse following treatment. Some treatment centers, including Greenhouse, provide unique relapse prevention support options that leverage technology and telehealth to provide more comprehensive long-term support for those with opioid use disorder.