Stimulants are a class of drugs whose pharmacologic actions increase alertness and energy, and in some cases are used therapeutically to improve focus and attention.1 As these drugs stimulate certain brain processes, they also stimulate physical ones—heart rate, blood pressure, and respiration may all increase while using stimulants.

As a broad category of drugs, the stimulant class encompasses both substances with widescale illicit patterns of abuse (e.g., cocaine, crystal meth) as well as pharmaceutical products intended for prescription use (e.g., Adderall, Ritalin, Vyvanse, Desoxyn).

In the past few decades, stimulant drugs—including cocaine and methamphetamine—have been implicated in tens of thousands of overdose deaths, and these numbers have been on the rise in recent years.2 However, even prescription stimulants can be dangerous, as several of them are commonly diverted for nonmedical misuse.

Cocaine is another widely abused stimulant drug. Illicit sources of cocaine is most commonly encountered as a white crystalline powder or in free-base form (e.g., crack cocaine). In its various forms, cocaine may be injected, snorted, or smoked. Pharmaceutical cocaine is a Schedule II substance with limited medical use as a local topical anesthetic and vasoconstrictor. Such use is dwarfed by the prevalent nonmedical abuse of illicit forms of the drug.5

Synthetic cathinones are lab-made drugs chemically similar to cathinone—a naturally occurring stimulant substance found in the khat plant. Sometimes sold as “bath salts”, synthetic cathinones are marketed as substitutes for drugs like cocaine or amphetamines, which are often more expensive and difficult to obtain. Synthetic cathinones are an example of what some public health officials refer to as novel psychoactive substances (NPS). Because these drugs undergo unregulated manufacturing and distribution processes, they are difficult for law enforcement to crack down on, the drugs may be impossible to dose with any certainty, and they may have unpredictable effects.6

How Do Stimulants Affect the Brain and Body?

Many types of stimulant drugs affect the central nervous system by increasing the activity of certain neurotransmitters called monoamines—a class of signaling molecules that includes dopamine. Some stimulants also affect the release and prevent the reabsorption of norepinephrine or serotonin. However, the primary rewarding, mood-altering effects of many stimulant drugs come mainly from a surge of dopamine activity.1

When a stimulant drug is abused, it releases a large amount of dopamine into the brain and prevents the reabsorption of the neurotransmitter. This floods synapses, causing greater and faster communication between neurons. While very small, therapeutic doses of prescription stimulants like Adderall can help to manage the symptoms of ADHD, stimulant abuse commonly involves the use of these substances at higher-than-recommended doses. Such intentional misuse makes it more likely that a person will experience the rush of energy and rewarding euphoria than can reinforce continued use and lay the groundwork for addiction. Especially at nonmedical doses, stimulants can be highly addictive because of the intense pleasure associated with dopamine release.

Pronounced psychological side effects may also be associated with nonmedical misuse of stimulant drugs. Repeated misuse of some stimulant drugs can increase the likelihood of experiencing hostility, paranoia, and other psychotic features. Additionally, stimulant withdrawal may include symptoms such as insomnia, fatigue, and dysphoria.1,7 To avoid the “comedown” commonly reported with drugs like cocaine and methamphetamine, people may begin to use the drugs more and more frequently. Such binge use may take place in an attempt to avoid feeling depressed or exhausted; once a person goes on a stimulant binge, they may not sleep for several days.7

Other psychological symptoms associated with stimulant abuse may include:4,7

Potential physical side effects associated with stimulant abuse include:4,7

Stimulant abuse can have devastating cardiovascular consequences. Stimulant drugs can speed up heartbeat and ramp up blood pressure—increasing the risk of a sudden stroke and cardiac arrest. Smoking and snorting stimulants can increase the risk of lung infection and inflammation.

These drugs can also damage the digestive system; ulcers and bowel decay can develop as a result of interrupted blood flow to the delicate tissues of the gastrointestinal tract. As stimulants typically suppress appetite, the person may also suffer from malnutrition.

Dehydration and increased body temperature are common side effects of stimulants like MDMA and synthetic cathinones.6 Spiking body temperatures, dehydration, and delirium may all contribute to a condition called rhabdomyolysis, which is a breakdown of skeletal muscles and an ensuing flooding of the kidneys with toxins that cause them to shut down.6,8

People experiencing hallucinations because of stimulants like bath salts, meth, or crack may pick at their skin, or even develop formication, a hallucination that there are insects crawling on them. This excessive scratching or picking damages the skin, leading to open sores that can become infected. 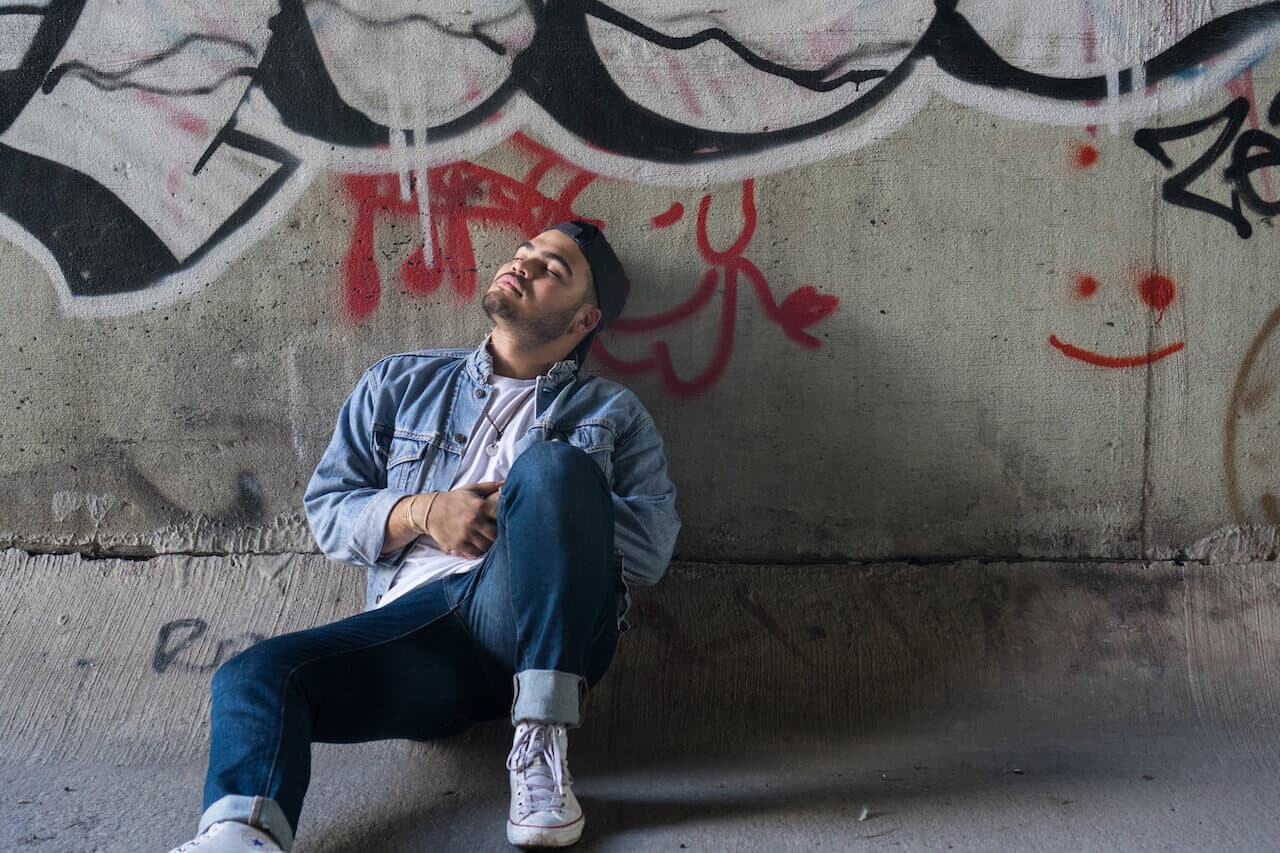 Though the signs and symptoms aren’t always so straightforward, a person struggling with addiction to a stimulant drug may appear highly energized or very excited followed by extreme fatigue a few hours later. They may begin to suffer from anxiety or depression. They may shake or develop tremors; their skin could develop acne or sores; their oral hygiene may be visibly poor; they may cough if they smoke stimulants; they may struggle with infections that never seem to clear up, like lung infections; they may intermittently hallucinate or become paranoid.

Additionally, other symptoms or behavioral changes in a person with a stimulant use disorder might include:7,9

Professional detox and addiction treatment services can help those who struggle with stimulant addiction. While withdrawing from most stimulants is not life-threatening, it can be difficult and can usher in a host of unpleasant symptoms such as sleep disturbances, nightmares, and depression.7,10

Profound dysphoria and the potential for suicidal thoughts is an important concern with people experiencing stimulant withdrawal. The predominantly psychological withdrawal symptoms may dissipate after several days but may persist for several weeks. During this important period of early recovery, the supervision and support of a professional detox center can help to keep a patient safe and comfortable, as well as prepare them for additional substance abuse rehabilitation programming.10

Some other potential stimulant withdrawal symptoms include:7,10

While substances like alcohol and opioids have FDA-approved medications indicated for use in their addiction treatment, there are no medications specifically approved to manage stimulant use disorders.11 Medications may still be administered to manage certain symptoms to arise during withdrawal, however.

Treatment for Stimulant Use Disorders 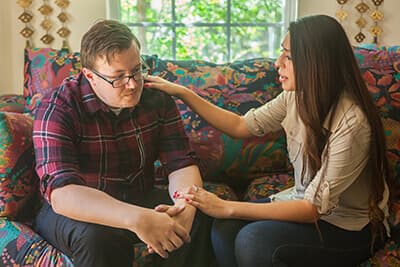 Though the supervision, support, and symptomatic management provided throughout the withdrawal period are important, a key element of formal detoxification programs is their work to facilitate ongoing rehabilitation beyond the withdrawal period.10 It is during a longer-period of substance abuse treatment or rehabilitation that people with stimulant use disorders will be best able to set the tone for their new life in recovery.

And they’ll be able to do so with the help of various forms of evidence-based behavioral therapy, including cognitive-behavioral therapy, motivational interviewing, and contingency management. Therapeutic techniques such as these help people to embrace their need for treatment, stay engaged with their ongoing treatment efforts, and make positive changes to their thoughts and behaviors to solidify the gains made during recovery work.

Another behavioral treatment that has been used for treating stimulant addiction is the Matrix Model. Matrix therapists are a combination of coach and teacher, offering positive reinforcement for good changes in behavior and increasing awareness of the negative impacts of some behaviors. The therapist gives specific suggestions and recommends changes to help their client learn better behaviors.12

People who struggle with concurrent mental health issues—such as depression or bipolar disorder—may benefit from the additional treatment focus afforded by a dual diagnosis or co-occurring disorder treatment program. Underlying health conditions, like heart damage or lung problems, which were caused by stimulant abuse should be treated by a doctor. This will likely involve long-term management and lifestyle changes. For more information about how Greenhouse Treatment Center can help you recover from stimulant addiction, call to speak with an admissions navigator today.