Adderall is the brand name of a prescription stimulant medication designed to treat attention deficit hyperactivity disorder (ADHD) in children and adults as well as narcolepsy—a neurological disorder characterized by daytime sleepiness and uncontrollable episodes of deep sleep.1

Adderall is considered a Schedule II drug by the U.S. Drug Enforcement Agency.2 It’s a combination dextroamphetamine/amphetamine product that increases dopamine and norepinephrine (both neurotransmitters) in the brain, resulting in increased energy and sharper focus.1

The U.S. Food and Drug Administration (FDA) approved Adderall for the treatment of ADHD in 1996, and this medication experienced a surge in popularity in the U.S. in the 1990s as more children received diagnoses of ADHD.3 Among U.S. children and adolescents, the estimated prevalence of diagnosed attention-deficit/hyperactivity disorder increased significantly between 1997 and 2016, from 6.1% to 10.2%.4

The medical understanding of ADHD and how it should be treated has improved a lot over the past several decades. The American Academy of Pediatrics currently recommends a combination of behavior therapy and medication for children aged 6 and older.5 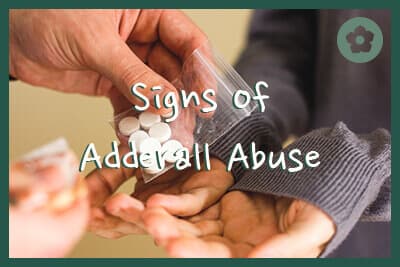 The Recent History of Adderall Abuse

Adderall is misused in an effort to achieve a state of euphoria or a stimulant high.6

Many high school and college students believe stimulants like Adderall can be used as a “study drug” to enhance cognitive performance and will help them to do better in school.6

Studies show that children receiving stimulant treatment for ADHD are at no increased risk of developing substance abuse.9

Conversely, research has also clearly shown that children and young adults who misuse stimulants are also more likely to report use of other drugs. Prescription drug misuse has been associated with higher rates of cigarette smoking; heavy episodic drinking; as well as marijuana, cocaine, and other illicit drug use among U.S. adolescents, young adults, and college students.10

In addition to a higher risk of developing a substance use disorder, misuse of stimulants also carries with it other risks of acute and chronic physical harm that can reduce quality of life or lead to overdose and death.10

Effects and Side Effects of Adderall Abuse

People who misuse prescription stimulants such as Adderall often will take enough to produce a “rush” of euphoria. Along with this rush, comes other physical effects of the drug:10

Even when taking Adderall as prescribed it’s possible to experience side effects of the medication. With increased doses, these side effects will likely intensify. Common side effects include:11

The effects of long-term use of Adderall, even at therapeutic doses, hasn’t been studied; however, a person is more likely to develop an increased tolerance to the drug with repeated use. This means an individual will need to take larger or more frequent doses of Adderall to feel its effects, which could increase the cumulative risk of experiencing a serious adverse side effect, which includes sudden death.

After taking Adderall for a long enough period and at high enough doses, the body may develop a physical dependence to the medication, resulting in experiencing withdrawal symptoms that may include:11

For Adderall abuse to be diagnosed as a stimulant use disorder, a person must demonstrate at least two of the following symptoms within a 12-month period:12 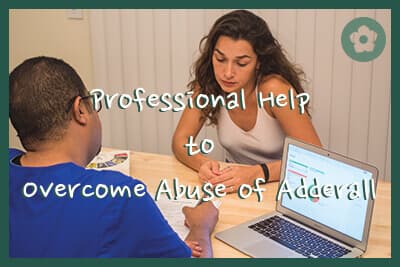 Adderall addiction can be effectively managed, but it requires attention from medical professionals who understand addiction to stimulants.

Getting supervision to ease the physical discomfort of withdrawal is the first step; after detox has been successfully completed, a comprehensive rehabilitation program can help one to recognize the underlying causes of addiction and personal triggers. Fortunately, there is a lot of help available from addiction specialists to stop abusing Adderall.