Information provided by the Substance Abuse and Mental Health Services Administration(SAMHSA) indicates the following regarding veterans and substance abuse:

In a separate report from SAMHSA, it is also noted that there are special at-risk populations among military family and veterans. These groups are more likely to be affected by substance abuse or to develop substance use disorders:

Associations with Substance Abuse and Being in the Military 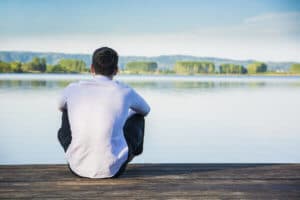 There is a great deal of research looking at the links between substance use disorders, mental health disorders, stress, and veterans. There is information from research studies published in the journals Substance Use and Misuse, Military Medicine, and Quality of Life Research to indicate the following:

The US Department of Veterans Affairs reports that:

Substances of abuse associated with individuals who are diagnosed with PTSD often include:

Many of the symptoms of PTSD, such as flashbacks, can be triggered by reminders of the specific traumatic event that is associated with the development of PTSD in the person. Some of these reminders or triggers can be quite vague and may be specific to the individual. This can make them difficult to identify. Some veterans with symptoms that would qualify for formal diagnosis of PTSD or those with subclinical symptoms (having some symptoms of the disorder but not quite enough to warrant the diagnosis) may go a significant length of time without having their issues recognized. The longer the individual suffers with the symptoms, the more likely they are to develop other co-occurring issues.

The relationship between PTSD and substance abuse is not as simple as it is often depicted. Research indicates that this relationship is not just a simple matter of an individual self-medicating their PTSD symptoms with alcohol or drugs, although this certainly does happen. As it turns out, the relationship between PTSD and substance abuse is bidirectional, such that individuals who are diagnosed with PTSD have a higher probability of developing a substance use disorder; however, individuals who have significant problems with substance abuse are also at a higher risk to later develop PTSD as a result of experiencing some traumatic event later. In addition, an individual has a higher risk for either or both disorders if they have a family history of mental illness.

Because there is a significant chance that a veteran diagnosed with a substance use disorder suffers from either depression, an anxiety disorder, PTSD, or some other co-occurring mental health issue, it is extremely important that the individual receives adequate treatment for co-occurring disorders. This begins with a full assessment of the individual’s physical and mental functioning. The assessment should include a full physical examination, a complete mental health examination, and a cognitive examination. The results of the examinations will determine the specific issues that need to be addressed during the integrated treatment program.

The treatment team will often consist of:

The team typically meets periodically regarding the progress of the client. Treatment team members work together on defined goals for the individual. Treatment will often consist of:

Depending on the individual case, treatment may initially begin as inpatient treatment and then transition to outpatient treatment, or it may be performed on an outpatient basis for its entirety. Because of the complicated nature of veterans with PTSD and substance use disorders, treatment should be approached as a long-term and ongoing intervention.

It is crucial that individuals with co-occurring disorders like PTSD and substance use disorders remain in treatment for a significant length of time in order to realize the full benefit of the intervention. The major focus of long-term treatment is most often participation in social support groups and continued medical management of concerns, such as depressive symptoms, anxiety, and other medical issues. Formal therapy is typically time-limited and may last for several years; however, individuals will most often participate in social support groups for a significantly longer period of time and may return to therapy for maintenance sessions or to address new issues periodically.

The results of the integrated treatment program should be assessed periodically to ensure that the client is progressing. During these periodic assessments, the treatment team will often meet and discuss potential ways to improve on the recovery program for the individual.

Don’t let your addiction reach rock bottom. If you or someone you love is struggling with the devastating side effects of addiction and are unsure of where to turn, call us today at . Greenhouse Treatment Center, American Addiction Centers’ drug rehab treatment center in Texas, is ready to help you get the treatment you need today.

treatmentveteran
Prefer getting help via text?
We're available 24/7 via text message. Signup below for access to our team when its convenient for you!
and many more...
✕
Instantly Check Your Insurance Coverage
Your information is safe & secure
At Greenhouse, we accept most types of private (non-government) insurance and offer a variety of payment options.
You can quickly and privately check your insurance benefits to see if you're covered for addiction treatment services. We’ll be able to tell you if your provider is in network with Greenhouse Treatment Center and all American Addiction Centers locations.
This means your treatment may be FREE1 depending on your policy, copay, and deductible.
Get the Info & Help You NeedWe're open across the US. Learn about your options.