Impact of Using Ecstasy, Effects on the Body, & Treatment

Ecstasy is an illicit drug popular among teens, college students, and young adults.

This article will explain more about the effects of ecstasy, associated risks, and how to get help if you or someone you know has lost control of their ecstasy use.

Ecstasy (MDMA, or 3,4-methylenedioxymethamphetamine) is an amphetamine analogue with both stimulant and hallucinogenic effects. Ecstasy is most commonly taken as a tablet or capsule; however, some people will snort a powder or swallow the drug in a liquid form.1

Other Names for Ecstasy

In addition to ecstasy, other historically used street names for MDMA include:2

While in the past ecstasy was associated primarily with the rave or club scene, the use of MDMA has become more widespread in recent years.3

Among teens surveyed in 2018, more than 4% of 12th graders in the U.S. reported using ecstasy at some point in their lives. Even some very young teens are experimenting with the drug. More than 1.5% of 8th graders reported ever having used the drug.4

Despite evidence to the contrary, the myth that ecstasy is a “safe” drug continues.5

What Does Ecstasy Do to the Brain?

While serotonin is released in abundance during ecstasy use, after use the brain becomes temporarily depleted of this neurotransmitter. This relative dip in serotonin activity could contribute to the feelings of anxiety, fatigue, and depression often associated with an ecstasy comedown.7 Chronically decreased active serotonin levels may contribute to the following symptoms commonly seen in regular ecstasy users:6

What Does Ecstasy Do to the Body?

Many of MDMA’s effects are dose-dependent, meaning the amount of MDMA taken can have a significant impact on how the drug affects the body. Though substance purity and total dose vary wildly, previous estimates place most tablets between 50 mg and 150 mg; however, short of analyzing the contents in a lab, the dose contained in such an illicit product is anyone’s guess. 6

An unexpectedly high dose can cause significant adverse effects. Adding to the danger, people using the drug often take a follow-up dose to prolong the comedown, further risking their health. 6

Additionally, ecstasy tablets, especially those sold online on the “dark net,” are more potent than ever before. According to a European study, while tablets in the ’90s and early 2000s average about 50 mg  to 80 mg, the average dose of an ecstasy tablet on the current market is now 125 mg. Some “super pills” have been marketed, with doses ranging between 270 mg and 340 mg.8

Side effects that may occur from MDMA use, which may be more intense and likely to occur with higher doses, include: 6

Is Ecstasy Ever Deadly?

Many mistakenly view ecstasy as a benign recreational drug or a nonaddictive, feel-good substance. However, there have been several reports of MDMA-related deaths.

One particular danger to ecstasy users is hyponatremia, an abnormally low level of sodium in the blood.9 Because people often dance for long periods in warm conditions like a club or party while using ecstasy, dehydration is common. Ecstasy users tend to combat dehydration by drinking a lot of water.

Though there are several potential underlying physiological mechanisms at play, excessive water consumption coupled with drug-induced alterations in free water excretion by the kidneys results in a dilutional effect on serum sodium levels. In severe cases, the subsequent shifts of water from the serum compartment to intracellular spaces can result in brain swelling, mental status changes, seizure, coma, and death.10

Milder symptoms of hyponatremia may include:9

Adding to the dangers of altered fluid balance and hyponatremia is the risk of severe increases in body temperature (hyperthermia). Animal studies suggest that ecstasy may impair thermoregulation, or the body’s ability to regulate its temperature.

MDMA use is commonly associated with increased physical activity for extended durations in particularly hot environments such as a packed dance club—a perfect formula for a dangerous spike in body temperature. 6

Untreated hyperthermia may lead to a life-threatening condition called rhabdomyolysis, wherein muscles begin to break down and spill their protein contents into the bloodstream.6 Hyperthermia may also further contribute to electrolyte imbalances and fluid shifts, which can lead to kidney failure or swelling of the brain.6

When treated quickly, the prognosis is good. However, untreated serotonin syndrome may progress in severity and could potentially lead to marked agitation, hyperthermia, muscle breakdown, renal damage, and death.12

Can MDMA Be Laced With Other Drugs?

Illicit samples of ecstasy commonly contain other adulterant drugs and may even be completely devoid of MDMA. Other drugs that have been found in products sold as MDMA include:2

The truth is that no one buying ecstasy will know with certainty what drug or drugs they are consuming, so anyone seeking the desirable effects of MDMA is truly putting their health—and sometimes their life—at risk.

Getting Help for MDMA/Ecstasy Abuse

A person using ecstasy may think their use will never be problematic because they view the substance as safe to use in moderation. Though typical patterns of use differ somewhat from more conventionally addictive substances, such as cocaine and heroin, there is evidence of addiction-related phenomenon in association with ecstasy use, including tolerance, withdrawal,  and drug cravings. 6

There are warning signs to look for in someone who uses ecstasy. Such signs may be somewhat indicative of a tipping point when occasional recreational use has escalated to a more problematic, compulsive pattern of drug taking. Problematic ecstasy use may include some of the following signs or changes in behavior:13

Some individuals who use this drug may exhibit outward symptoms of psychiatric problems, such as paranoia and extreme anxiety that causes panic attacks.6

Professional treatment for an ecstasy or MDMA use disorder may take place in various settings. Treatment will consist of therapy and behavioral interventions, since there are no approved medications to treat MDMA addiction.1

The appropriate setting and treatment plan should be determined by a person’s individual needs.14 Factors to consider are:

To learn more about our transformative programming, rehab facility amenities, and admissions process, call us at today. Our staff is available 24/7 to answer your questions, review rehab payment options, and check to see if your health insurance covers rehab.

You can also find out whether we accept your health insurance plan and confirm your benefits by filling out this quick and secure .

Don’t let your addiction reach rock bottom. If you or someone you love is struggling with substance abuse and unsure where to turn, we are ready to help you get the treatment you need. 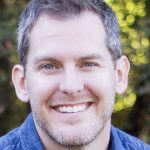 Eric Patterson
Contributor
Eric Patterson, MSCP, NCC, LPC, is a professional counselor who has been working for over a decade to help children, adolescents, and adults in weste … Read More
Read Our Editorial Policy

club drugshallucinogensmdma
Prefer getting help via text?
We're available 24/7 via text message. Signup below for access to our team when its convenient for you!
and many more...
Your Next StepsRecovery is possible. We're here to help with your addiction.