In 2018, approximately 2.0 million people (0.7% of the population) aged 12 or older used inhalants in an effort to get high during the past year.1 Although many drugs can be inhaled, an “inhalant” refers to products that can only be inhaled.2

These products contain chemicals generally not intended to be inhaled, however, doing so produces a psychoactive, mind-altering affect.2 Inhalants may be “huffed” or breathed in through the nose and/or mouth, sniffed, or sprayed into the nose or mouth.2 Fumes may be breathed in after soaking chemicals on a rag, or by inhaling fumes out of a bag or balloon.

The intoxicating effect doesn’t last long and inhalants are mostly misused by young kids and teens.1,2 In fact, inhalants are the only class of substance used more by younger than by older teens.2 According to the 2019 Monitoring the Future Study, 4.7% of 8th graders misused inhalants in the past year compared to 2.8% of 10th graders and only 0.9% of 12th graders.3

A large number of common products found in homes and offices can be misused as inhalants, although others have a distinct commercial or medical purpose.2 In general, inhalants can be divided into four main categories: aerosols, gases, nitrites, and volatile solvents.4

Aerosols that contain propellants and solvents, including:4

Gases used in commercial and household products or medical products, including:4

Volatile solvents are liquid products that vaporize when they reach room temperature, including:4

Nitrites differ from the other categories of inhalants, which act on the body’s central nervous system. Commonly used for sexual enhancement as well as to relieve chest pain in medical environments, nitrites (amyl nitrites, butyl nitrites, cyclohexyl nitrites) primarily dilate blood vessels and relax muscles. They are sometimes referred to as “poppers” or “snappers” and may be sold as:4

Effects of Inhalant Use 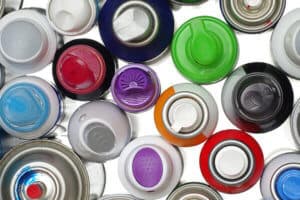 Exposure to high doses of volatile solvents, aerosols and gasses can cause confusion and delirium.5 Prolonged sniffing of inhalants, particularly butane, propane and chemicals in aerosols—even in a single session—can cause irregular and rapid heartbeats that lead to heart failure in a syndrome termed “sudden sniffing death.”6

Inhalant abuse can also lead to death in other ways, including:6

Inhalants include many highly toxic chemicals and regular or heavy use may cause damage to the brain and nervous system as well as to vital organs such as the heart, lungs, liver and kidneys.6

Use during pregnancy can lead to developmental damage in infants and children, including skeletal abnormalities, delayed neurobehavioral development, and even altered regulation of metabolism and body development.6

Nitrites may lead to risky sexual encounters that may increase the odds of contracting a sexually transmitted disease, such as hepatitis or HIV/AIDS.7

Although use of inhalants appears to be a passing childhood fad for some, studies have associated inhalant use with mental illnesses, including antisocial personality disorder, criminal activity, and use of multiple drugs.8 It also appears to be a strong predictor of future drug use:

Don’t let your addiction reach rock bottom. If you or someone you love is struggling with the devastating side effects of addiction and are unsure of where to turn, call us today at . Greenhouse Treatment Center, American Addiction Centers’ Texas drug rehab facility, is ready to help you get the treatment you need today.

Inhalant abuse may be the result of youthful experimentation, but it also can have severe consequences—from future substance abuse to major organ damage or even sudden death. Education about how harmful these seemingly innocuous products can be may help prevent their misuse.

inhalants
Prefer getting help via text?
We're available 24/7 via text message. Signup below for access to our team when its convenient for you!
and many more...
Your Next StepsRecovery is possible. We're here to help with your addiction.