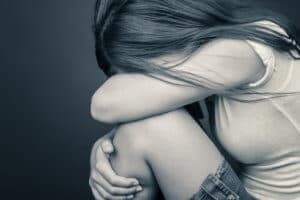 Adderall is a prescription stimulant medication formulated with a combination of amphetamine and dextroamphetamine. Approved medical uses for Adderall include the treatment of ADHD and narcolepsy in both pediatric and adult populations.1

The United States Drug Enforcement Agency categorizes Adderall as a Schedule II controlled substance, meaning that, despite their utility in the treatment of certain medical or psychological conditions, they also have a high potential for abuse which can lead to severe physical or psychological dependence.2

Studies have indicated that individuals who use stimulant medications as prescribed for ADHD while under the care of a physician or other medical professional are at no increased risk of developing a substance use disorder at a later time.3 That being said, stimulant drugs like Adderall are not only widely prescribed, they are common targets for diversion and nonmedical misuse. And it is this type of misuse, often in doses that exceed prescription dosing parameters, that can greatly increase the risk of serious detrimental health effects including addiction development.4,5

Prescription stimulant drugs like Adderall are sometimes misused by high school and college students looking to achieve greater energy and focus for long periods of study or to otherwise boost performance.5 Other forms of nonmedical abuse, in some instances, involves attempts at snorting or injecting the contents of the tablets intended for oral use.6

No matter the route of administration (e.g., oral, nasal, injected), stimulants like Adderall have the potential to lead to significant tolerance and physiological dependence, especially when used consistently at higher-than-recommended doses. Some tolerance to therapeutic doses of stimulant drugs is expected; however, patterns of misuse might result in even more rapidly developing tolerance, which often leads to escalating use. As individuals need to use more and more of the drug to get the same type of effects they got at lower doses, they also increase the likelihood of significant dependence and, therefore, the risk of withdrawal should the drug be abruptly stopped.5

The precise withdrawal experience had by any single individual will vary depending on a number of factors, including how long the individual abused Adderall, how much Adderall they typically abused, if they typically abused Adderall with alcohol or other drugs, and personal differences in metabolism, general state of health, and psychological or emotional disposition. In some cases, individuals will present with only a few symptoms of withdrawal, and in others, they may present with a number of varied symptoms.

How Long Does Adderall Withdrawal Last?

Even though withdrawal experiences will vary from one person to the next, a general stimulant withdrawal timeline might look something like this:8,9,10

Treatment for Withdrawal from Adderall

When attempting to discontinue Adderall after a consistent period of use and/or abuse, it can be helpful to consult with a physician or other treatment professional experienced in managing substance use disorders. For many individuals, the potential for relapse is quite high during the withdrawal period, but supportive therapeutic interventions—including cognitive-behavioral counseling and therapy, as well as relapse prevention techniques—offered in a professional treatment setting can be extremely helpful for recovery.9

In general, the symptoms of stimulant withdrawal may be best treated supportively with elements such as:9

On a case-by-case basis, some individuals may benefit from benzodiazepine administration for certain withdrawal-associated complications such as marked agitation or insomnia.9 Severe, persistent depression (such as that lasting longer than a few weeks) and any associated suicidal thoughts may benefit from antidepressant treatment and, when necessary, inpatient psychiatric attention.7,9

Withdrawal management can be performed in an inpatient or outpatient setting, and the choice to use inpatient or outpatient treatment for withdrawal depends on individual circumstances. For example, someone who is at high risk for relapse, has attempted to quit using Adderall numerous times unsuccessfully, has significant severe withdrawal symptoms, or has a potentially toxic living situation may benefit from the level of treatment intensity afforded by an inpatient or residential detox program.

Beyond a period of successful withdrawal management, people in recovery from compulsive Adderall misuse may also benefit greatly by continuing on with formal substance use disorder treatment. Such a program might include therapy (either individual or group), participation in social support groups (e.g., 12-Step groups), and the development of a new social support system that is conducive to recovery.