How Does Ativan Addiction Start?

Anxiety and insomnia affect millions of people throughout the world, with previous population-based prevalence estimates indicating that as many as 3 out of every 10 people struggle with one or more of the symptoms of insomnia while roughly one third may be affected by an anxiety disorder at some point in their lifetime.1,2

Ativan is a prescription sedative indicated and prescribed for, amongst other uses, helping people manage anxiety; and, though it is less commonly used for this purpose, it is also approved for use in treating anxiety- or transient situational stress-related insomnia.3

It is one of the five most widely-prescribed benzodiazepine drugs, but also one of the most frequently diverted and misused on the illicit market.4 Though it has several legitimate medical uses, Ativan can be dangerous—especially when abused in doses and for lengths of time that exceed those prescribed.

For people desperate to manage certain chronic symptoms, or people who seek the pleasant state induced by these drugs, developing Ativan dependence and addiction is a real problem. But how does an Ativan addiction start? What are its warning signs? And how can Ativan addiction be treated?

How Does Ativan Work? 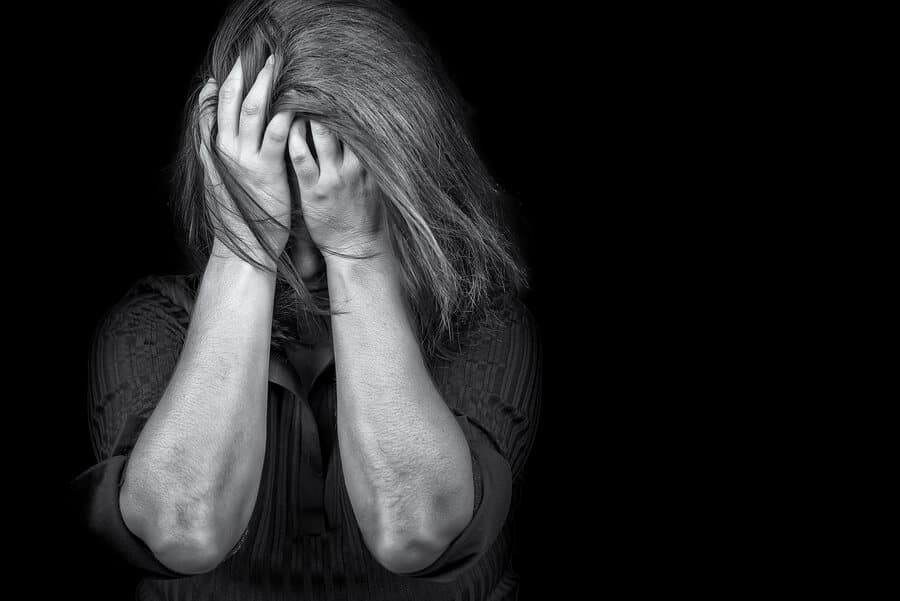 Ativan is a benzodiazepine—a class of central nervous system depressant drugs that elicit their sedative effects by enhancing the activity of the GABA neurotransmitter. GABA is an inhibitory neurotransmitter. Increasing the actions of GABA, in turn, reduces the excitatory signaling activity in the brain thought to play a role in stress and anxiety.4,5 For most people, a balance between inhibitory and excitatory brain signaling exists at their baseline of everyday functioning. However, with certain health conditions—including seizures and chronic anxiety—this balance may be upset.

Ativan can be a useful tool in the acute or short-term management of such conditions. However, it’s this same neurochemical mechanism that is connected to its potential for abuse and addiction. As mentioned, benzodiazepines like Ativan increase the inhibitory effects of GABA to achieve their therapeutic effect; however, this is also thought to slow the firing of certain brain cells that otherwise keep the release of another neurotransmitter, dopamine, in check.6

Dopamine is a brain signaling molecule intimately connected to reward and reinforcement of actions that lead to such reward. Though complicated, what this all boils down to is that benzodiazepine use, especially excessive use, is accompanied by a surge in dopamine activity—which subsequently increases the risk of compulsive use and addiction development.6

The National Institute on Drug Abuse includes Ativan on its list of commonly abused drugs, and further indicates that, along with opioids and stimulants, benzodiazepines are one of the three types of the most commonly misused prescription drugs.7

The U.S. Drug Enforcement Administration lists lorazepam (the generic name of Ativan) as a Schedule IV controlled substance. This means that, though there may be relatively less inherent risk than that of Schedule I or II drugs such as heroin and cocaine, there is a known potential for abuse and dependence associated with Ativan use. Additionally, due in part to its ability to elicit a relatively euphoric response in those who use it, Ativan (as well as Valium and Xanax) may have particular addiction liability among the entire benzodiazepine class of drugs.8

Given such risks, there is a considerable danger that taking Ativan without a doctor’s oversight can increase a person’s risk of becoming dependent on the drug.3 A doctor’s oversight is important, because before writing the prescription, a diligent doctor may carefully consider whether or not there are factors that can additionally increase an individual’s likelihood of becoming addicted to the Ativan. Such factors may include:3,9

If a doctor suspects a patient might be at a particularly heightened risk, then an alternative to Ativan may be prescribed or altogether non-pharmacologic interventions may be utilized.

Like other benzodiazepines (Xanax, Restoril, Klonopin, etc.), Ativan is associated with significant physical dependence—especially when used in excessive doses, if taken too frequently in a given time period, or if used for longer than recommended periods of time.4

As a pharmacotherapeutic agent, Ativan is intended for short-term use.3,9,11 If taken beyond the point when it should be discontinued (e.g., 2 weeks to months), not only is the medication unlikely to retain its efficacy, but the compulsive patterns of use common to addiction might more easily take shape. Ativan has the potential to lead to significant physical and psychological dependence and, though some amount of physiological dependence (and the associated withdrawal syndrome) doesn’t always equate with addiction, it commonly accompanies its development.

Potential Signs of an Ativan Addiction

The signs and symptoms of acute Ativan withdrawal may include:10,11,12

Those taking Ativan per doctors’ prescriptions will likely experience similar effects if they scale back their use, but not to the same degree of severity as those who have been abusing Ativan in doses that exceed prescribed guidelines. A majority of people may experience some adverse effects of withdrawal when discontinuing benzodiazepines after a period of more than a few months of use.11

The severity and length of withdrawal may be influenced by the length of time that the Ativan had been abused, how much Ativan was being taken, the rate of any tapering attempts, as well as other factors, such as mental and physical health status and whether a person was taking other drugs at the same time.11,12

Of course, a necessary hurdle to recovery from an Ativan addiction is to stop taking the drug. For someone who has become dependent on the drug, this is much easier said than done. Gradually weaning off the supply becomes a test of endurance and resistance to excruciating temptation, and going “cold turkey”—abruptly discontinuing Ativan intake—can be both unpleasant and potentially dangerous.

In many cases, the risks of severe or complicated sedative withdrawal necessitate vigilant observation and intensive intervention. To be safe, all benzodiazepines should be tapered rather than quit suddenly,  regardless of the dose and duration of use.12 In a process known as medical detox—early treatment for Ativan addiction may take place in a hospital or similar clinical setting, or otherwise in a specialized treatment facility, where doctors and nurses are on hand to ensure that withdrawal symptoms are appropriately managed and that the person in recovery is kept safe and comfortable.

Detox may proceed with a tapered schedule of Ativan itself, with dosing gradually decreased over weeks to months, as necessary.12 In some cases, a detox strategy will involve first switching to a benzodiazepine with a longer half-life—such as chlordiazepoxide (Librium), clonazepam (Klonopin), or diazepam (Valium)—prior to initiating the tapering schedule.12

In addition to the pharmacologic interventions of medical detox, a variety of behavioral therapies may also be initiated and continued throughout a longer period of substance abuse rehabilitation. In fact, counseling and therapy are the cornerstones of addiction treatment. As an important element of therapy, a psychologist or other addiction treatment professional will work with clients to examine different factors—looking at issues of mental and emotional health, as well as social and environmental situations/triggers—that may have contributed to the development of an Ativan addiction.

Insights gained can be applied to hypothetical real-world situations, where the maladaptive reliance on Ativan can be countered or substituted with non-pharmacological strategies, such as changing harmful thought patterns into positive and productive ways of approaching stressful scenarios. Though it may take considerable time and effort, Ativan addiction recovery is attainable with the help of professional withdrawal management and ongoing treatment.