Methamphetamine vs. Opiates: Which Is the Bigger Threat in Texas? 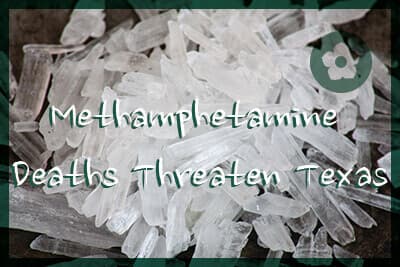 It is true that there is an epidemic of opiate-related deaths caused by overdose sweeping the country. It is a significant and real problem, and in every state and every community, people are mobilizing to put a halt to the problem.

In Texas, however, the rates of opiate overdose deaths are not as significant as they are in other parts of the country. The primary reason for these deaths is the lacing of heroin with a synthetic opiate analogue called fentanyl. This drug is fatal in small amounts and, when mixed with China white heroin, it is invisible to the naked eye. In Texas, however, black tar heroin is the norm, a form of the drug that is difficult to mix with the fentanyl given the differences in color and consistency.

As a result, opiates are not the most overwhelming drug threat in Texas. Though there are still many who struggle with abuse of and dependence on heroin and/or painkillers, the primary problem is methamphetamine.

Will Glaspy is the Drug Enforcement Administration (DEA) special agent in charge of the Houston division. He says: “In Texas, the biggest drug threat we have right now is methamphetamine.”

According to Glaspy, if opiates were not so heavily in the news due to their devastating effect in other parts of the US, methamphetamine would be dominating the news cycle. He describes the drug as “high purity and relatively cheap to purchase.”

Manufactured in Mexico and here in the US, Texas has access to huge amounts of the drug. It is so cheap and easy to make that there is never a shortage; in fact, some people in meth addiction recovery in Texas report that drug dealers give out free samples knowing that the drug is highly addictive.

One of the biggest issues with methamphetamine is that it is not immediately devastating to its users. Initially, it can seem like a harmless way to boost productivity, but in very short order, the cravings can be overwhelming, driving people to use the drug all the time and in large amounts, putting their mental health as well as their physical health at risk.

In fact, many first start taking the drug as a means of staying awake and increasing their functionality.

Though many do use the drug recreationally and/or as a way to keep drinking and stay up longer, many begin using it as a weight loss method, to stay on top of a busy schedule, or to manage stressors they are facing on a personal level. The end result, however, is more problems and never a sustainable fix to the underlying issue that drove them to take the drug in the first place. 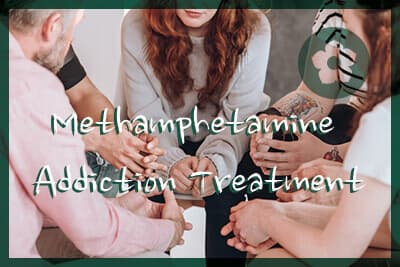 Those who live through the addiction often lose everything in the process: employment, their home, marriages, custody of their children, their health, and even their appearance. The evolution of physical appearance is drastic with meth use, and it happens over a very short time period. Malnutrition as well as the effect of crystal meth on teeth can make the person using the drug look like a completely different person in just a few months.

But those who live through methamphetamine addiction are lucky. Many do not. The Bexar County Medical Examiner’s Office reports that there was a 92 percent increase in deaths related to methamphetamine from 2015 to 2016 while at the same time there was a 24 percent drop in overdose deaths caused by use of heroin.

The good news is that treatment is an effective way to manage a methamphetamine addiction. Stopping the drug safely is only the first step, however. When it comes to methamphetamine, the real challenge is sustaining sobriety through the unexpected cravings that can pop up months after cessation of use. Drug courts in Texas are helping those who are struggling with the problem to enroll in rehabilitation programs that are well supported with long-term aftercare – an absolute must for someone in recovery from methamphetamine. The better choice, however, is to avoid the courts entirely, recognizing a meth problem for what it is, choosing to be proactive, and enrolling in an addiction treatment program that can help you get your life on track today. With a new year and a fresh start, the time is now to dive into recovery.