Heroin is created from morphine, which in turn is derived from plants, specifically particular poppy types.1 This opioid is illegal.1,2,3 Opioids are able to obstruct pain messages; they are able to affect individuals in other ways as well.4 Dopamine’s release is able to be triggered by activating particular opioid receptors located in an individual’s brain’s reward center.5 Heroin and prescription opioids affect individuals in ways that resemble each other.3

For blocking pain locally, individuals undergoing certain operations might licitly receive cocaine, a controlled substance designated as Schedule II (according to the Drug Enforcement Administration [DEA], heroin is designated as Schedule I).6,7,8 Individuals might obtain cocaine from someone selling it on the street.6 Cocaine’s form could be whitish little chunks (these might be called “crack”) or could be white powder.6,9,10

In the short-term, possible impacts from using heroin individuals might experience include:3,4

Breathing slowing down could result in enduring damage to an individual’s brain, coma, and even death.4

If an individual uses cocaine, it might trigger things including:9

The Dangers of Mixing Heroin and Cocaine

Yet, using heroin and cocaine could kill a person.11

Using cocaine as well as heroin makes a person especially prone to respiratory failure (which could kill a person) since cocaine’s impacts dissipate much faster than heroin’s impacts.11 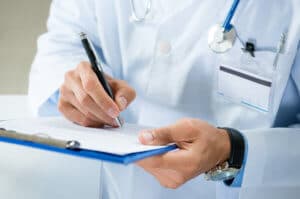 The Substance Abuse and Mental Health Services Administration (SAMHSA) published a document providing estimates for 2011, which indicates illicit drugs combined (for instance heroin and cocaine) were thought to be part of 10,388 visits, in America, to emergency departments, which consequently was 116% growth from the corresponding 2009 estimate.12

If you may have an addiction to a substance, don’t ignore it: consult a healthcare provider.13

cocainemixing
Ready to get started?
We're available 24/7 to answer questions and help you make decisions about starting recovery.
Your Next StepsRecovery is possible. We're here to help with your addiction.