What is a Speedball and Why are They Dangerous?

Speedball is like the mixed cocktails of drugs, except the users don’t always know exactly what the ingredients entail. Suffice it to say, this mixture can be dangerous.

Speedballs are a potent mix that can lead to severe consequences for those who try it even once.1People who struggle with drug abuse and addiction often spend time seeking the next high, hoping that it will be bigger and better than the one before.

Sometimes, in attempts to achieve this ultimate high, they’ll combine one or more substances. In other instances, they might combine drugs to take the edge off of one or the other substances.

While they may be successful at getting the kind of high they seek, they put themselves at risk of experiencing not only the individual effects of each drug, but the potentially dangerous side effects interaction of both. The result can be extreme mental and/or physical harm, overdose, or even death.

What’s in a Speedball? 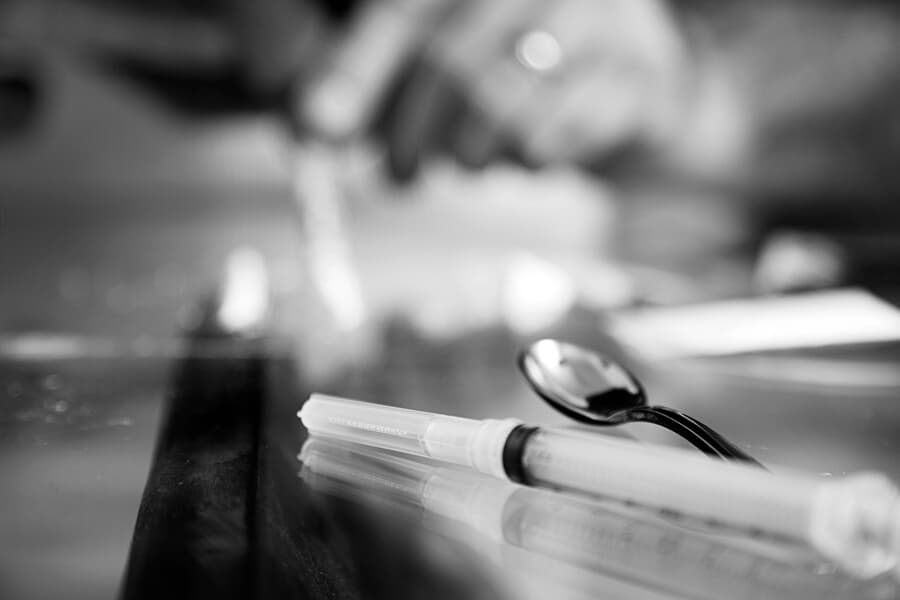 The term speedball is commonly applied to any combination of two different drug types: an opioid and a stimulant.2 The classic “speedball” is specifically heroin and cocaine1—both potent, illicit drugs that are risky on their own, let alone together.

Some people will concoct their own “speedballs” by substituting other drugs, with combinations that might include incorporate:2,3

In the case of a speedball, the heroin and cocaine are mixed together and injected in one shot, which results in a rapid onset of intense effects.4

The National Institute on Drug Abuse states that people may take speedballs as a way to get an intense high that amplifies the euphoria and minimizes the negative side effects of each drug. In theory, the energizing action of the stimulant can counteract some of depressant, sedating effects of heroin, while the heroin can allay the agitating effects of the cocaine.1 However, as with many drug risks, the reality doesn’t turn out to be quite that simple.

Effects of the Drug Combination

A person injecting a speedball may experience the negative side effects of both drugs, including:1

The combination may be fatal. Speedball users have died from:1

*One of the biggest risks of using speedballs is related to the fact that the effects of cocaine wear off faster than heroin. As a result, if the person uses much more heroin than their system can handle, they may experience an opioid overdose and respiratory failure as the stimulant effects of cocaine subside.1

What are the Long-Term Effects of using Speedballs?

A major concern for those who continuously inject speedballs is the cumulative risk of overdose. However, other long-term potential consequences of injecting heroin and cocaine include, but are not limited to:6,7,11

Getting Help for Speedball Abuse or Addiction

According to a publication from the National Institute on Drug Abuse, a challenge in the treatment of speedball abuse is that treatments for heroin addiction are only moderately effective in helping those who use speedballs. There is no FDA-approved medicine to treat cocaine addiction, and the medications targeted specifically for opioid addiction won’t address the addiction to cocaine.8

However, addiction treatment involves more than medication and, in fact, behavioral therapy is at the core of treatment, even when medication is prescribed. Therapies may include cognitive-behavioral therapy, which helps you to uncover the reasons for using heroin and cocaine and help you to adjust harmful beliefs and learn new and better ways of coping.9 The Matrix Model is another therapeutic method that is geared toward the treatment of stimulant addiction and incorporates a number of different approaches, including relapse prevention, self-help program involvement, and drug abuse education.10

With the long list of dangers that injecting speedballs brings, those who are struggling with the abuse of this substance combination are in urgent need of addiction treatment. Reaching out for treatment could save your life or the life of someone you love.

Greenhouse Treatment Center has the experienced and licensed medical staff to help patients undergo treatment specific to their needs. If you find that you’re struggling with the misuse of heroin, cocaine, crystal meth, or prescription opioids, options are available. Together we can help you reach long-term sobriety one step at a time.

It’s never too late to reach out for help. Call us today at to learn more about drug rehab treatment in Dallas, Texas.

meth
Prefer getting help via text?
We're available 24/7 via text message. Signup below for access to our team when its convenient for you!
and many more...
✕
Instantly Check Your Insurance Coverage
Your information is safe & secure
At Greenhouse, we accept most types of private (non-government) insurance and offer a variety of payment options.
You can quickly and privately check your insurance benefits to see if you're covered for addiction treatment services. We’ll be able to tell you if your provider is in network with Greenhouse Treatment Center and all American Addiction Centers locations.
This means your treatment may be FREE1 depending on your policy, copay, and deductible.
Your Next StepsRecovery is possible. We're here to help with your addiction.