Psilocybin mushrooms lack the same addictive potential of more common drugs of abuse (e.g., opioids, stimulants). Studies show that people who use mushrooms regularly do not follow typical patterns of addiction, although they may continue to use to attain pleasurable feelings associated with use, which can lead to somewhat problematic, compulsive patterns of use. However, repeated use quickly leads to significant tolerance, to the point that the drug becomes nearly ineffective no matter how large the dose. If a person has a tolerance to psilocybin, they will also have a tolerance to similar hallucinogens, such as LSD. This is known as cross-tolerance.

While there are many types of mushrooms in the world, a few varieties contain a chemical called psilocybin, which can have hallucinogenic effects when ingested.1 Psilocybin mushrooms are native to Central and North America, in countries that include Mexico and the United States.1

While these mushrooms have been used for centuries by indigenous populations for religious and social rites, they became widely used as part of the counterculture movement of the 1960s until they were made illegal in 1968.2

Psilocybin mushrooms may also be called:1,2

Though some proponents urge further investigation into psilocybin for potential therapeutic benefits, the Drug Enforcement Administration (DEA) currently lists mushrooms as a Schedule I substance.1,3 Schedule I drugs have a high risk for abuse, no known medical benefits, and are not approved for any use, even under the care of a doctor.1

What Effects Do Psilocybin Mushrooms Have in the Body?

Psilocybin interacts with our brain’s serotonergic neurotransmitter system in a way thought to underlie the various physiological and hallucinogenic effects associated with the drug.2,3  Many factors can influence the effects of the drug, including what the potency or amount of mushrooms ingested, prior experiences with mushrooms, your personality, the setting you are in when you take the drug, and even your mental state at the time of ingestion.2The effects of ingesting mushrooms can range from mild hallucinations, altered perceptions, and a sense of harmony with your surroundings (a “good trip”) to distressing hallucinations, panic, and paranoia (a “bad trip”).1,2 Intoxication usually occurs between 20 minutes to 2 hours after ingestion, and a trip can last between 3 and 6 hours.2 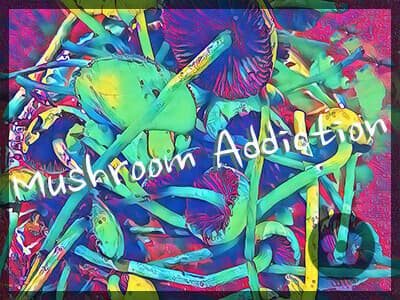 Though cultivated for illicit use, some hallucinogenic mushrooms may also be encountered in the wild. Psilocybin containing mushrooms can be ingested in various ways.1,2 Most commonly, mushrooms are eaten fresh or dried, mixed with another food to cover the unpleasant taste, or brewed into a tea.1,2

Mushrooms may have a range of side effects, including:1,2

Collectively, negative psychological effects are sometimes called “bad trips.”2 These subjectively unpleasant experiences may include feeling confused, lost, distressed, panicked, or paranoid, and are often combined with terrifying hallucinations that can be difficult to differentiate from reality.1,2

Many people believe that mushrooms are entirely safe, but this is not always true. Although it is typically difficult to overdose on this substance, there are potential dangers related to ingesting mushrooms.1,2,3,4,5

With no significant physiological dependence associated with the drug, withdrawal is not likely, although it may take a day or two to feel normal after ingesting mushrooms. You may feel lingering effects of the mushrooms, like feeling tired or having difficulty discerning fantasy or dreams from reality.

Since mushrooms are grown naturally and not synthesized in a lab, it is difficult to monitor and regulate the dosage. It is estimated that a lethal dose would be 1,000 times that of an effective dose, making it highly unlikely for someone to overdose on mushrooms unless an underlying health condition existed.

It can be difficult to tell the difference between hallucinogenic mushrooms and different types of mushrooms, some of which can be toxic. Ingesting the wrong kind of mushrooms can be dangerous or even deadly.

The effects of mushrooms can make you do things or act in ways you may not normally. People have been reported to behave aggressively, act violently, or even put themselves or others in dangerous situations.

Using mushrooms can have negative effects on your mental health. Mushroom use may be associated with a long-term condition known as Hallucinogen Persisting Perception Disorder (HPDD), which involves sudden flashbacks that can occur at any time without warning. Flashbacks can involve aspects of previous “trips,” including hallucinations, and can be extremely disruptive to your ability to function normally.

Don’t let addiction take control of your life any longer. Call us today at to learn more about our comprehensive Fort Worth, TX addiction treatment program at Greenhouse Treatment Center.

People sometimes ingest mushrooms alongside other drugs, like MDMA, marijuana, and alcohol. Another survey found that as of 2018, 4.5% of high school seniors had used a hallucinogen other than LSD—a category that includes mushrooms—at least once in their lifetime, and 0.9% of those high school seniors reported using other hallucinogens at least once in the past month, although the study did not measure mushroom use individually.7

People often misuse more than one substance, such as alcohol, marijuana, or various types of hallucinogens. One example is known as “hippie flipping,” which is when ecstasy is taken with psilocybin mushrooms.2 This can be dangerous due to the unpredictable dose of the drugs and the combined effects. When used in this manner, a person may experience a more intense high, but the potential for negative side effects or overdose are increased.

Though rare, there is some evidence that classic hallucinogens such as psilocybin may trigger or worsen certain mental health conditions such as schizophrenia, manic episodes, or depression. At-risk people who use these substances regularly or on a long-term basis could have a greater likelihood of developing a co-occurring mental health disorder.4,5

There are currently no medications that treat addiction to mushrooms or other hallucinogens.5 If you know someone who is struggling with hallucinogen use, they may also have a problem with other substances. People who use mushrooms or other drugs are also more likely to struggle with a co-occurring mental health disorder.4,5 If problematic hallucinogen use or if polysubstance abuse involving mushrooms is negatively impacting someone’s life, substance abuse treatment can help. 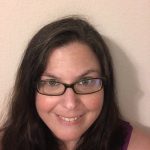 Prefer getting help via text?
We're available 24/7 via text message. Signup below for access to our team when its convenient for you!
and many more...
Your Next StepsRecovery is possible. We're here to help with your addiction.