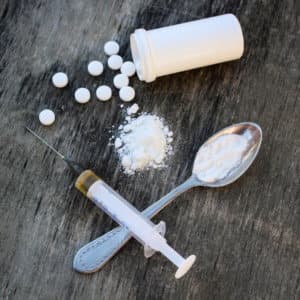 Suboxone was initially marketed by the British company Reckitt Benckiser as a pain reliever for chronic pain.

It proved to be very effective in small doses; however, because of its special mechanism of action, it did not produce as robust of a euphoria as other opioid medications and was believed to possess relatively less abuse liability.

The standard of care at that time to assist with recovery from heroin addiction was methadone, but methadone—itself a full opioid receptor agonist—also carried a risk of abuse and addiction. Researchers found Suboxone was also an excellent candidate for opioid replacement therapy(a drug that can be used to stabilize someone in physical withdrawal from opioid drugs as people attempt to quit using). Suboxone became an FDA approved treatment for opioid addiction in 2002.1,2

The United States Drug Enforcement Agency lists Suboxone as a Schedule III drug, meaning that it is believed to have a moderate to low potential for dependence and can only be prescribed by a waivered physician approved by the DEA and the Substance Abuse and Mental Health Services Administration (SAMHSA) to provide office based buprenorphine treatment for opioid use disorder.2

Suboxone’s combination formulation is particularly suited to treating addiction to opioids such as morphine, heroin, oxycodone, and other prescription painkillers. Two other medications, methadone and naltrexone, are also approved for use in treating opioid dependence; however, Suboxone is quite different than these drugs.1

As a partial opioid agonist, buprenorphine binds to opioid receptors, but elicits less of an effect than would be experienced with full agonist drugs, such as oxycodone, morphine, or heroin. Thus:

Naloxone is an opioid antagonist, meaning it binds to and prevents activation of opioid receptors. When Suboxone is taken as directed and dissolved under the tongue:

Common Side Effects of Suboxone

Like other opioid pharmaceuticals, Suboxone has some known side effects, including:1,5


Some more serious risks, especially those resulting from long-term use or misuse include:

Other symptoms of  buprenorphine toxicity or overdose (particularly in connection with polysubstance use with alcohol, benzodiazepines, and other sedatives) include:5

Can a Person Abuse or Become Addicted to Suboxone? 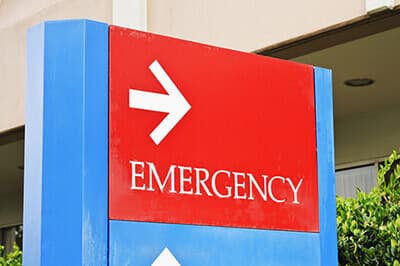 Despite a relatively lower abuse liability than many full opioid agonist drugs of abuse, there are reports of illegal sales of Suboxone on the street as well as a 500% increase in the number of emergency department visits related to Suboxone use between 2006 and 2011.2 Numbers like these indicate that there could be an increasing trend, even if it is a minor trend, for Suboxone abuse. Even though Suboxone is formulated to deter abuse, the evidence suggests that Suboxone misuse does occur.

Evidence exists for the illicit diversion and misuse of buprenorphine and Suboxone. Even if initially obtained as a prescription, this is a form of abuse that also opens the door for mixing with other drugs, such as alcohol or benzodiazepines. In instances of polysubstance misuse, it appears that benzodiazepines are commonly used in conjunction with Suboxone— a combination that could prove quite dangerous as it increases the risks of respiratory depression related overdose, which can be fatal.1,2

Other signs that someone might be abusing Suboxone include:

Differentiating between Addiction and Physical Dependence

Addiction refers to a chronic condition that is characterized by compulsive use of substances despite suffering negative consequences related to such use.

Even those who use Suboxone therapeutically will most likely develop some magnitude of physical dependence on the drug, depending on the amount taken and length of use; however, with its effects ceiling and abuse-deterrent inclusion of naloxone, it may be less likely to motivate diversion and compulsive misuse than other prescription opioid medications.3,6

If a person being treated with Suboxone demonstrates recurrent symptoms of withdrawal, it could suggest that the person is being inadequately managed with the medication or is misusing it. Under normal treatment conditions, an individual should not experience significant withdrawal symptoms. Skipped doses and/or injecting Suboxone may lead to the onset of acute opioid withdrawal.

The following physical effects can occur from withdrawal from Suboxone:5

There are specific concerns and issues regarding discontinuation of the drug, and anyone who is going to attempt to discontinue Suboxone use should do so under the supervision of a physician. A person should not try to discontinue the drug alone due to the potential withdrawal effects and other unforeseen medical issues that may arise, such as increased physical pain that was controlled by using the drug. Physicians are best equipped to handle these issues.

In cases where Suboxone abuse occurs in conjunction with other substances, such as alcohol, other detox measures may need to be implemented, as the combined withdrawal syndrome may be additionally severe or complicated. A comprehensive medical detox ensures that the individual can safely withdraw from all substances of abuse. 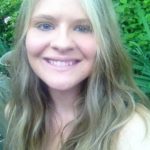 Brittany Tackett
Contributor
Brittany Tackett is a transformational life coach, writer, and speaker in the mental health field. She holds a Master's in Psychology with specializa … Read More
Read Our Editorial Policies

matopiatesuboxone
Prefer getting help via text?
We're available 24/7 via text message. Signup below for access to our team when its convenient for you!
and many more...
✕
Instantly Check Your Insurance Coverage
Your information is safe & secure
At Greenhouse, we accept most types of private (non-government) insurance and offer a variety of payment options.
You can quickly and privately check your insurance benefits to see if you're covered for addiction treatment services. We’ll be able to tell you if your provider is in network with Greenhouse Treatment Center and all American Addiction Centers locations.
This means your treatment may be FREE1 depending on your policy, copay, and deductible.
Your Next StepsRecovery is possible. We're here to help with your addiction.