Opioids like heroin are some of the most addictive substances in the world.1,2 Ceasing use of drugs like heroin after becoming addicted can be incredibly difficult—for some, it may seem nearly impossible.2–4

Subutex and Suboxone are both medications that contain buprenorphine, a drug that’s used to treat opioid addiction.1 Buprenorphine is a semisynthetic partial opioid agonist, which means it binds to the same opioid receptors that drugs like heroin, morphine, OxyContin and Vicodin do, but with less strength.1 Similar to methadone, another drug that’s used to treat opioid use disorder, buprenorphine works to reduce both cravings and withdrawal symptoms.1

The risk of harms, such as a fatal overdose, are significantly lower for buprenorphine than those of full agonist opioids (e.g., methadone, oxycodone, hydrocodone, heroin, etc.).1 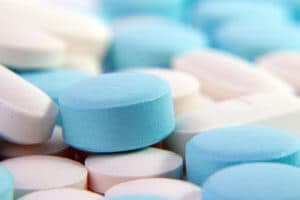 Subutex is the brand name of sublingual buprenorphine that comes in small tablets that are dissolved under the tongue.5 Buprenorphine has been shown by numerous studies to be effective when taken sublingually at therapeutic doses.5 The drug has a ceiling effect that lowers the risk of misuse, dependency, and side effects.6 Because of buprenorphine’s opioid effects, it can still be misused particularly by people who don’t have an opioid dependency.6

Suboxone is the brand name for a sublingual film that’s a mixture of buprenorphine and a drug called naloxone, which is an opioid antagonist.

When taken under the tongue, buprenorphine’s opioid effects dominate and the drug works to stave off cravings and mitigate the effects of opioid withdrawal.6 The naloxone passes through the body harmlessly and with no effect.

If injected, however, the naloxone dominates and effectively blocks opioid receptors in the brain, blocking the effect of buprenorphine or any other opioid, and potentially precipitates opioid withdrawal symptoms.6

An Alternative to Methadone

Methadone has a higher potential for unintentional overdose, and thus dispensation of the medication is more tightly controlled than buprenorphine.1 Doses of methadone need to be given directly by a medical professional; it can’t be taken home for self-administration.1

This can be a significant barrier to treatment, as traveling to a hospital or specialized treatment center everyday costs time and money. Buprenorphine has a lower potential for overdose and can in some cases be administered by patients in the comfort of their own home.1

matopiatesuboxonesubutex
Prefer getting help via text?
We're available 24/7 via text message. Signup below for access to our team when its convenient for you!
and many more...
✕
Instantly Check Your Insurance Coverage
Your information is safe & secure
At Greenhouse, we accept most types of private (non-government) insurance and offer a variety of payment options.
You can quickly and privately check your insurance benefits to see if you're covered for addiction treatment services. We’ll be able to tell you if your provider is in network with Greenhouse Treatment Center and all American Addiction Centers locations.
This means your treatment may be FREE1 depending on your policy, copay, and deductible.
Your Next StepsRecovery is possible. We're here to help with your addiction.