Ambien Use: What Are the Long-Term Effects ?

The active component of the drug Ambien is zolpidem. Zolpidem is a  non-benzodiazepine sedative-hypnotic drug that is prescribed to help people sleep. Immediate-release formulations of zolpidem have a fast onset of action and a relatively short half-life, meaning that the medication works quickly and does not remain in a person’s system very long. This makes Ambien primarily useful in helping people fall asleep or to initiate sleep. The drug is not prescribed to help people stay asleep or maintain sleep unless the drug is prescribed in an extended- or controlled-release form.1

How Does Ambien Work?

Like benzodiazepines, zolpidem works to increase the activity of the inhibitory neurotransmitter GABA (gamma-aminobutyric acid). GABA is the primary inhibitory neurotransmitter in the brain. Increased GABA activity is associated with decreased firing rates of neurons within the brain and spinal cord. This accounts for its sedative effects. Though zolpidem appears to be molecularly distinct from benzodiazepines, it influences activity at the GABAA receptor, which is the same receptor that benzodiazepines interact with to exert their effects. With a similar mechanism of action and physical effects profile as benzos, there is also a risk of overdose on high doses of zolpidem products. The benzodiazepine antagonist drug flumazenil reverses some of the sedative effects of drugs that bind to GABA receptors and can be used in cases of an overdose on both benzodiazepines and zolpidem products.3

Prescription Sleep Aids Like Ambien Are for Short-Term Use

One of the reasons these drugs are only designed to be used in the short-term is that tolerance develops very rapidly and people often need significantly higher amounts of the drug in a short time to get the same effects.4 abstract paragraph 1  Sedative-hypnotic drugs like Ambien and benzodiazepines (when indicated for insomnia) are best used as short-term solutions while the person develops behavioral methods to help them initiate and maintain sleep. This could involve the use of behavioral therapy, relaxation training, diaphragmatic breathing, imagery, and other non-pharmaceutical methods.

The primary therapeutic effects of Ambien include:5

Side effects may include:5

The use of Ambien with alcohol can increase the risk of parasomnias and other side effects. Misusing the drug (e.g., using it in excess of prescribed parameters) may also contribute to this risk.6

Use of drugs that increase the activity of GABA, such as benzodiazepines and zolpidem, may be associated with the development of short-term memory problems.7

Zolpidem is recommended for use with caution in the elderly, as they may be at increased risk for more pronounced cognitive effects, including issues with memory for recent events or with forming new memories.8

People who stop using Ambien may find that they have issues with insomnia once they discontinue their use of the drug, especially if they have been using higher than recommended doses or consistently using the medication for long periods of time. Rebound insomnia, though troublesome, is usually temporary and may be managed with non-pharmacologically with increased attention on sleep hygiene (e.g., a bedtime routine more conducive to sleep) and other behavioral methods.9

The development of psychotic behaviors and hallucinations as a result of medicinal use of Ambien appears to be rare, but has been observed in a few cases.10

People who have gastroesophageal reflux disorder (GERD) and use Ambien for extended periods of time may experience exacerbations of their symptoms, particularly at night. Because zolpidem users may be more likely to sleep through a reflux event, gastric acid could remain in the esophagus for longer periods of time and increase the risk for the development of complications—such as esophageal cancer—in some individuals.11

According to the Substance Abuse and Mental Health Services Administration (SAMHSA), sedative-hypnotic drugs like zolpidem are commonly misused. About 1.1 million people reported misusing (e.g., overuse of a prescription product) zolpidem in 2015.12

An individual who develops a substance use disorder in connection with zolpidem would be diagnosed with a sedative, hypnotic, or anxiolytic use disorder, according to the American Psychiatric Association’s (APA) diagnostic criteria. To meet the criteria for this diagnosis, you must display at least two of the following signs within a 12 month period, including:13

People who abuse Ambien may have started out using the drug as prescribed, then progressively increased such use. Research indicates that some people who misuse Ambien have escalated their doses to doses as high as 2000 mg per day (as opposed to the prescribed therapeutic doses of 5 or 10 mg.)14

Although most people who use Ambien on a long-term basis do not report adverse health effects, some people have reported a wide range of negative gastrointestinal, respiratory, cardiovascular, and central nervous system effects.16 Overdose is also possible, with reported effects ranging from markedly diminished levels of consciousness (e.g., somnolence, coma) to cardiovascular and/or respiratory compromise and death.16 Overdose risks may be significantly increased when Ambien is used in combination with alcohol or other CNS depressant substances.

People who struggle with compulsive misuse of zolpidem products should seek help from a clinician who is trained and has experience in the treatment of addiction. Individuals with substance use disorders often do not experience a resolution of their disorder unless they receive some form of professional intervention for their behavior and engage in a long-term recovery program. 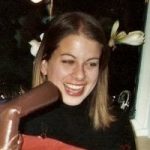 Stacy Mosel is a substance abuse specialist, psychotherapist, and licensed social worker. Mosel received her master’s in social work from New York University in 2002 and has had extensive training in child and family therapy and the identification...Read More