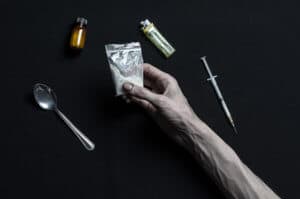 Taking a drug concurrently with another drug—legal or illicit—can lead to drugs interacting with each other. These interactions can produce unintended consequences that are, at times, dangerous or even deadly.

Prescription drugs typically warn of known interactions on labels or in the instructions for use. Alcohol, recreational marijuana and illicit drugs, however, do not come with labels warning users.

Here are a few of the most common, and most dangerous, combinations of intoxicating substances.

Alcohol is the most widely used drug in the U.S. In 2018, 55.3% of adults over the age of 18 used alcohol in the past month, according to the National Survey on Drug Use and Health.1

Opioid drugs, from Vicodin and other prescribed painkillers to heroin, are among the most abused drugs in the United States. The opioid abuse epidemic has been linked to pharmaceutical companies misleading healthcare providers and patients about the addictive potential of opioid painkillers.15 When prescriptions run out, people who have become addicted often turn to other means to acquire the drugs, including illicit sources, where they may be exposed to heroin or stronger drugs like fentanyl.

Aside from alcohol, opioids are often mixed with:

There are several reasons people may combine both legal and illicit drugs, risking negative—potentially deadly—side effects. Combining intoxicating substances occurs frequently, often by accident or unintentionally, so it is important to pay attention to warning labels on prescription medications and know when combining drugs might have additive effects that could lead to accidental overdose.23,24

In some instances, illicit drugs are sold with adulterants, which can include other intoxicating substances as well as filler substances including other drugs—such as heroin that’s laced with fentanyl.25,26 When a person abusing one type of drug does not know they are ingesting a different substance, it heightens the risk of overdose because they do not know how much they are consuming.8,25

Polydrug abuse is unfortunately common among people who have developed a substance use disorder as well as for those who struggle with a co-occurring mental health disorder.27-29