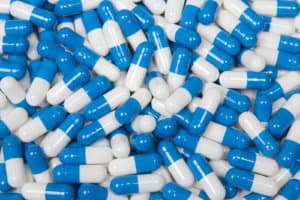 Lunesta is what’s known as a non-benzodiazepine hypnotic medication. Drugs in this class—sometimes also referred to as “Z-drugs”—are used to manage insomnia.1,2 Though once promoted as safer, less-side-effect-laden alternatives to benzodiazepines, drugs like Lunesta still carry many of the risks of benzodiazepines, including abuse liability, physical dependence, withdrawal, and addiction.1,3

Why Do People Abuse It?

Though chemically distinct from benzodiazepines, Lunesta has both a similar mechanism of action and effects profile to these drugs. Both are Schedule IV controlled substances, meaning there is a recognized potential for abuse and dependence4—a risk that may be increased when the drugs are consistently misused at higher-than-prescribed doses or more frequent dosing schedules.

People may misuse drugs like Lunesta for many of the reasons that benzodiazepines are used for nonmedical purposes—including their shared potential to elicit a dose-dependent euphoria.2 In addition, this effect may be increased by the simultaneous use of certain other drugs, such as alcohol and opioids. Such a combination can increase the inherent risks of these substances, and could increase the likelihood of dangerous central nervous system (CNS) depression.2

In 2015, surveying by the Substance Abuse and Mental Health Services Administration (SAMHSA) indicated that nearly 100,000 people were estimated to have misused eszopiclone substances (including both generic formulations and the brand Lunesta).5 Many of the dangers of Lunesta misuse lie in the CNS depressant actions mentioned previously. Too much of these drugs can result in dangerous sedation and other potentially-injurious health effects such as respiratory slowing. Also as mentioned, such pharmacodynamic actions could pose additional health risks when alcohol and other drugs are simultaneously being consumed.6

Other potential adverse effects include:2,7,8


Sedative-hypnotic drugs like Lunesta may be associated with a worsening of depressive symptoms, including an increase in suicidal thoughts and attempts. An international review study found zopiclone (marketed as the more active chemical variant eszopiclone in the United States) to be involved in nearly 30% of all cases of “intentional overdoses” that involved Z-drugs.2,3

In addition to these risks, problematic misuse of Lunesta can also promote the development of compulsive patterns of use, physical dependence, and an associated withdrawal syndrome.2,6

Compulsive Use and Addiction

A diagnosable condition, known as a sedative, hypnotic, or anxiolytic use disorder, sometimes develops in people who either begin to escalate their nonmedical use of a drug like Lunesta or, in other cases, start taking it therapeutically, but at some point gradually increase their dose and/or frequency of use to problematic levels. With considerable conceptual overlap with addiction, such a diagnosis is reserved for those people whose compulsive use begins to significantly and negatively impact various areas of their lives.

Though not a complete list, some of the criteria used to make a diagnosis of a substance use disorder involving Lunesta include:8

Many people are surprised to find that addiction to Lunesta is even possible. However, as with other prescription CNS depressants with similar pharmacologic action, the use of these drugs can result in reinforcing, euphoric effects and is associated with both physical dependence and an acute withdrawal syndrome.1

Though once heralded as a safer, nonaddictive alternative to benzodiazepine hypnotics, there is now significant evidence of misuse, abuse, and dependence phenomenon associated with these drugs.3

Though originally marketed as having a reduced propensity for both tolerance and withdrawal development (due to a more favorable pharmacokinetic profile relative to their benzodiazepine/barbiturate counterparts), troublesome and potentially-serious withdrawal effects are now known to be associated with Lunesta and other Z-drugs.1,3

Particularly after the abrupt discontinuation of long-term (e.g., 4 or more weeks), high-dose misuse, withdrawal effects might include:3,9,10,11


Depending on the length of use and magnitude of associated physical dependence, acute Lunesta withdrawal can be uncomfortable and, in some cases, give rise to complications such as seizures. As part of a medical detoxification protocol, patients can be made to be more comfortable during acute withdrawal with a tapered dose schedule, medication administration, and supportive care.7,11

Even beyond the acute period, some degree of Z-drug withdrawal effects may persist in the longer term (several months) and may ultimately require additional therapeutic consideration for proper management.10

A Time for Healing

As mentioned, an important component of early recovery from Lunesta and/or other CNS depressant drugs is commonly a medical detox—which may involve a tapered course of the drug (or a substituted sedative agent) as well as specific medical interventions (such as seizure prophylaxis and other symptomatic management).

Detox can help prepare someone for a longer-period of addiction treatment or rehabilitation. Whether it is conducted in an outpatient or residential/inpatient setting, rehabilitation for compulsive Lunesta use will consist of additional behavioral therapy, group and individual counseling, psycho-education, as well as planning for aftercare services prior to discharge to maintain recovery momentum and prevent relapse.6,7,11,12

Because an underlying case of insomnia may have prompted initial therapy with Lunesta, additional therapeutic attention may need to focus on alternative pharmacologic support (e.g., trazodone) and/or improved sleep hygiene and other non-pharmacologic interventions.7,11 Many treatment programs will offer clients the opportunity to learn more natural ways of dealing with insomnia—such as meditation and other stress management approaches—that don’t require medication.

When possible, the process of selecting a treatment program should be approached with some contemplation and careful consideration. When available, the advice of a physician, counselor, or other clinician familiar with addiction treatment can be hugely instrumental in facilitating this process. There is no one-size-fits-all option in the addiction rehab world. However, many reputable professional rehabilitation programs will carefully factor individual circumstances and needs when devising a solid plan of treatment—finding one that does will ultimately improve the rehab experience and lay the groundwork for sustained recovery.

Help is just a phone call away. If you or someone you love is struggling with addiction and are unsure of what to do, call us today at . Greenhouse Treatment Center, American Addiction Centers’ Dallas, Texas drug rehab center, is ready to help you get the treatment you need today.

eszopiclonesleeping pills
Prefer getting help via text?
We're available 24/7 via text message. Signup below for access to our team when its convenient for you!
and many more...
✕
Instantly Check Your Insurance Coverage
Your information is safe & secure
At Greenhouse, we accept most types of private (non-government) insurance and offer a variety of payment options.
You can quickly and privately check your insurance benefits to see if you're covered for addiction treatment services. We’ll be able to tell you if your provider is in network with Greenhouse Treatment Center and all American Addiction Centers locations.
This means your treatment may be FREE1 depending on your policy, copay, and deductible.
Your Next StepsRecovery is possible. We're here to help with your addiction.