Marijuana is a mixture of the dried flowers of the Cannabis sativa plant.1  Marijuana in all of its forms is a controversial drug. Though several states have legalized the use of marijuana for medicinal purposes (and a few have legalized recreational use), it is still illegal on a federal level as a Schedule I controlled substance.2 This means that there is no federally approved medical use for the drug and a high potential for abuse.2

There are numerous concentrated cannabis preparations with high levels of THC (delta-9-tetrahydrocannabinol, the major psychoactive ingredient in cannabis). “Dabs” is one name given to such potent THC extractions, though they may go by additional designations, such as:3

Marijuana extracts can be extremely potent. While even high-grade marijuana may top out with THC concentrations in the 20% range, many concentrates have THC levels ranging from 40-80%. These increased levels of THC result in more powerful psychoactive effects.3

Compared with the smoking of marijuana plant materials (i.e., flowers, buds), dabbing is a relatively complex involving the inhalation of the vapors of a marijuana concentrate.4 Most often, dabbers use a device they term an “oil rig” to consume the substance.

This device consists of a glass water pipe and a hollow metal rod (referred to as a “nail”). The nail, which has a concave surface for the dab, is heated. Once hot, the dab is placed on the nail, and the vapors are inhaled through the pipe.4

Alternatively, people can take a dab of the concentrate and then use a vape/e-cigarette to heat it and produce vapors that produce an immediate high.3 This method of abuse is sometimes called “vaping”. Though this method ultimately has many of the same health risks, it may be relatively safer in terms of immediate fire/burn injuries. 4

Short- and Long-Term Effects of Marijuana Dabbing Use

The long-term health consequences of dabbing have not been fully investigated, as this method of abuse is relatively new. However, some suggest that because potent marijuana concentrates contain high levels of THC, the risk of adverse acute effects (e.g., anxiety, cognitive deficits) may be higher and drug-related accidents and injuries may be more common among dabbers than marijuana smokers.4,5

Some have also suggested that physiological dependence and withdrawal are more likely to develop in dabbers, though as of yet there is not enough research to back up this claim.4 Despite the relative lack of information specific to concentrated marijuana extractions, we do know many of the short and long-term effects of regular marijuana use.

Short-term, or acute, effects include:6

Given that concentrates have much higher levels of THC than many other cannabis products, it stands to reason that dabbers are likely to experience relatively intense drug effects. In fact, a 2018 study on infrequent cannabis users found that vaporized cannabis produced stronger effects and resulted in higher concentrations of TCH in the blood, compared to smoked cannabis.

The study also found that high doses of THC, such as those present in dabs and other cannabis extracts, not only resulted in more pronounced subjective drug effects, but in more significant cognitive and psychomotor impairments.5

Anecdotal reports from those who tried dabbing suggest that the high is not the same as the high from smoking and that for some, it can be too intense. One regular marijuana user who dabbed for the first time said it “made [her] hate being high.”7

Long-term effects of regular marijuana use may include: 6

*The National Institute on Drug Abuse suggests that continual exposure to high levels of THC may result in an increased risk of addiction.6 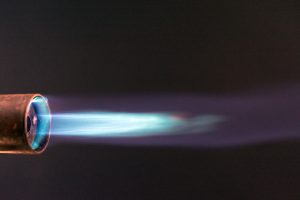 While there are many websites online that detail the process of creating dabs at home (“blasting”), the process is incredibly dangerous. Butane is both volatile and flammable, and the risk of fires and explosions is ever-present when individuals are attempting to create dabs on their own.

Severe burns have been reported in cases of at-home extraction. In fact, the dangers have been compared to those of methamphetamine labs.

Even beyond amateur “blasting,” dabbing is associated with personal safety risks. Using an “oil rig” requires the use of a blowtorch to heat the nail. This is concerning, not only because of the obvious risks of using a blowtorch while potentially intoxicated, but also because of the long-term health consequences of inhaling oxidized metal and increased benzene exposure, the latter of which has been associated with various hematologic abnormalities and fetal developmental issues).4,8

Treatment for Addiction to Dabs

Don’t let the false assumption that marijuana is safe in any form keep you from seeking the treatment you need. If you’re abusing this drug and are unable to stop, you may be risking your physical and mental health.

The long-term health risks of dabbing are still being researched, and the consequences of using THC this way could be far more serious than many people assume.

Treatment for a cannabis use disorder (marijuana addiction) is available on an inpatient or outpatient basis. Your doctor or an addiction specialist can help you decide the right course of treatment for you.

Treatment for marijuana addiction will revolve around therapy. This will help to uncover and resolve the issues that perpetuate the continued, compulsive use of dabs and other forms of marijuana. Participation in social support groups, such as a 12-step group, a community health group, or a secular recovery support group such as SMART Recovery, is commonly a major component of treatment, as well. These groups serve as a continuing source of support for those in recovery.

Treatment can also include numerous interventions that can range from case management services to tutoring at school or vocational rehabilitation.

At Greenhouse, we offer comprehensive addiction treatment near Dallas, Texas that incorporates evidence-based therapies, co-occurring disorder care, 12-Step participation, and more in a luxurious treatment facility. Give us a call at to begin your journey to recovery today.

herbalmarijuana
Prefer getting help via text?
We're available 24/7 via text message. Signup below for access to our team when its convenient for you!
and many more...
✕
Instantly Check Your Insurance Coverage
Your information is safe & secure
At Greenhouse, we accept most types of private (non-government) insurance and offer a variety of payment options.
You can quickly and privately check your insurance benefits to see if you're covered for addiction treatment services. We’ll be able to tell you if your provider is in network with Greenhouse Treatment Center and all American Addiction Centers locations.
This means your treatment may be FREE1 depending on your policy, copay, and deductible.
Your Next StepsRecovery is possible. We're here to help with your addiction.