Can You Overdose on Marijuana?

Though life-threatening marijuana overdoses may be unlikely, dose-dependent toxicity is quite possible; individuals who consume enough of the primary psychoactive component in marijuana and other cannabis-derived products are at risk of experiencing a range of unpleasant effects.1,2 Additionally, marijuana use can place people in danger of accidental death and injury (from automobile accidents, for example).2

The National Institute on Drug Abuse (NIDA) indicates that, in the United States, marijuana is used more commonly than any other psychotropic drug with the exception of alcohol.3 Results of the National Survey on Drug Use and Health from 2018  estimate that more than 123 million individuals 12 years old or older in the U.S. had used marijuana in their lives, and that more than 27 million had in the past month.4

This same survey data indicate that marijuana was used in the last year by:4

Potential Risks of Marijuana Use 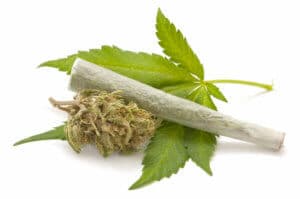 The speed of onset and magnitude of marijuana intoxication is related to the quantity of intake (i.e., dose) as well as the route of administration used (e.g., inhaling smoke or vapor, consuming edible products). Smoking marijuana, for example, allows for nearly instantly perceptible intoxicating effects.5,6

The onset of the marijuana high may be somewhat delayed when the drug is consumed orally, such as via food or drink. In such instances,  an individual might expect to first feel the effects of the drug as long as 30 to 60 minutes after ingestion. Noticeable impacts of marijuana when it’s smoked typically persist for 1-3 hours; when it’s ingested via food or drink, the drug effects might persist for several additional hours.5

As a result of a physiological phenomenon known as first-pass metabolism, oral consumption of cannabis products can be expected to result in a lower blood concentration than an identical dose of the active chemical component—tetrahydrocannabinol, or THC—should it be smoked.5 However, because of the inherent delay in onset of the drug effects, people who use edible cannabis products may ultimately be at increased risk of inadvertently consuming more THC than intended, as they may consume increasing amounts waiting for the high to kick in.2,5 Such difficulties in gauging an “effective” dose with edible products are likely to play a role in many cannabis-related emergency room visits.2

Regardless of the route of ingestion, marijuana’s effects may include:5,6,7

Signs an individual has used too much of this drug might include:1,6

Incidents involving some of the more serious adverse effects (e.g., psychosis, paranoia, or panic) may be more likely in new users or in individuals with existing mental health issues.7

In some instances, illicit sources of marijuana may be cut with additional substance(s), e.g. hallucinogens, which could result in additional adverse effects, including:7

Additionally, marijuana intoxication could increase the chances of dangerous incidents, like getting into a car wreck or falling.1,2

Tolerance to several of marijuana’s effects commonly develops in people who consistently use the drug. Such tolerance could prompt ever-increasing amounts of the drug needed to achieve its sought-after effects. Naturally, such escalating patterns of use can present certain financial challenges to the user, as well as increase some of the cumulative health risks associated with the drug. This includes risks associated with particular routes of use, such as smoking, and the likelihood of various chronic respiratory illnesses similar to those experienced by tobacco smokers.6,8

Near-daily use increases the risk of developing significant physiological dependence and the related risk of experiencing an associated cannabis withdrawal syndrome. Acute cannabis withdrawal, while typically less severe than the withdrawal associated with certain other substances such as alcohol and opioids, can be troublesome for people attempting to cut back on use or altogether quit.8

Cannabis withdrawal symptoms may include:8

In the long-term, marijuana use may also be associated with chronic cognitive impairments and a reduction in pro-social, goal-directed activity (i.e., the so-called amotivational syndrome). Whether or not such developments are a distinct pathological outcome related to long-term use, or merely the cumulative end-result of frequent episodes of acute intoxication, they may over time contribute to decreased school and work performance, as well as difficulties with interpersonal relationships.8

Finally, there is some research evidence to suggest that chronic marijuana use may be associated with the onset or exacerbation of several other mental disorders (such as schizophrenia or other psychotic illnesses).6,8

Don’t let your addiction reach rock bottom. If you or someone you love is struggling with the devastating side effects of addiction and are unsure of where to turn, call us today at . Greenhouse Treatment Center, American Addiction Centers’ rehab center in Fort Worth, is ready to help you get the treatment you need today.

Most people will not need to be extensively evaluated for a diagnosis of and/or treatment for acute marijuana intoxication, though some of the effects of toxicity (e.g., cannabis hyperemesis, cardiac issues) associated with excessive use may warrant further medical attention.6,7 Patients suspected of marijuana toxicity may also be screened for additional substance toxicity, as patterns of polysubstance ingestion involving marijuana are common and there may always be some risk of additional drugs or compounds mixed in with illicit sources of cannabis products.6,7

There is no specific pharmacologic management indicated for active marijuana intoxication. Treatment of acute marijuana intoxication will be primarily supportive and guided by current symptom management needs. Patients experiencing marijuana-associated panic or anxiety may be kept in a low stimulus environment (e.g., quiet, no bright lights) and receive calm reassurance from the treatment team as intoxication wears off over time. In cases of more severe panic/anxiety, sedatives such as benzodiazepines may be administered; should psychosis be an issue, low-dose 2nd generation antipsychotics may be helpful.6,7,9

herbalmarijuanaoverdose
Prefer getting help via text?
We're available 24/7 via text message. Signup below for access to our team when its convenient for you!
and many more...
✕
Instantly Check Your Insurance Coverage
Your information is safe & secure
At Greenhouse, we accept most types of private (non-government) insurance and offer a variety of payment options.
You can quickly and privately check your insurance benefits to see if you're covered for addiction treatment services. We’ll be able to tell you if your provider is in network with Greenhouse Treatment Center and all American Addiction Centers locations.
This means your treatment may be FREE1 depending on your policy, copay, and deductible.
Your Next StepsRecovery is possible. We're here to help with your addiction.