A largely conservative state, Texas has some of the harshest laws regarding the possession and sale of marijuana in the United States. On a federal level marijuana is classified as a Schedule I controlled substance by the Drug Enforcement Administration (DEA), which basically means that it is an illegal drug with no accepted medicinal uses and has a high potential for abuse and addiction.

Marijuana is the most often abused illicit substance in the United States, the National Institute on Drug Abuse (NIDA) publishes. Public perception on marijuana is changing, however, and many view marijuana as being no less harmful than alcohol, a legal and non-controlled mind-altering substance. It is also often touted for its potential medicinal properties that may serve to reduce pain, quell seizures, lessen anxiety, minimize nausea, promote appetite, and enhance sleep.

NIDA warns that for something to be considered medicine, however, it needs to be proven to be effective for these ailments, and the benefits must outweigh the risks. Marijuana is a psychoactive and addictive substance that has many possible health risks associated with its use. The drug comes from the cannabis sativa plant and can contain varying degrees of THC (tetrahydrocannabinol) and CBD (cannabidiol), which can impact its potency and medicinal properties. This also makes it difficult to replicate exactly from one strain to another, as is necessary for FDA-approved medications.

State and local legislatures are taking notice of the shift in public perception regarding marijuana, however. Within the United States, 26 states and the District of Columbia (with three more states recently passing similar legislation) have legalized marijuana use in a broad sense, mostly for medicinal purposes, Governing publishes. Eight states and the District of Columbia have also legalized the recreational use of marijuana for residents ages 21 and older.

Both medical and recreational dispensaries are popping up as pot becomes more mainstream and accessible in these states. Laws are also starting to relax in these regions of the country. Currently, these same concessions do not exist in the state of Texas, however, and no amount of marijuana for any purpose is legal to possess or sell.

Current Marijuana Laws in the State of Texas

Harsh penalties exist for both the possession and sale of marijuana within the state of Texas; these activities are punishable by both time in jail and stiff financial penalties. The following are the current laws as published by FindLaw:

Delivery of any amount of marijuana to a minor is a felony with a maximum sentence of 20 years. Delivery of over 0.25 ounces to a minor under the age of 17 who is enrolled in school is a second-degree felony. For all offenses committed within a designated “drug-free” zone, all penalties are doubled.

Medicinal Marijuana Use in Texas

Texas did pass the Senate Bill 339, often called the “Compassionate Use Act,” in 2015, allowing for cannabis with low-dosage THC (the psychoactive component in marijuana), 0.5 percent or less, and containing 10 percent or more CBD (which is considered to contain the medicinal properties of marijuana), to be prescribed to authorized patients who are diagnosed with intractable epilepsy, are under the care and supervision of an authorized doctor, are permanent residents of Texas, and have already tried two other FDA-approved treatments that have not worked. The bill has not allowed for any medicinal prescriptions of marijuana to date; however, it is to go into effect in September 2017. At least three dispensing organizations (businesses) will be authorized to cultivate, process, and distribute the qualified medicinal marijuana to qualified patients, ABC KSAT12 reports. The current law is fairly strict and does not seem to allow for many prescriptions of medicinal marijuana to actually be filled.

Decriminalization of Pot in Texas 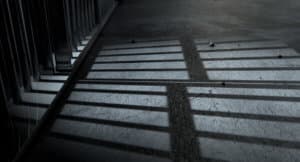 The 2017 session of the 85th Legislature in the state of Texas has several bills under review concerning decriminalization of the drug. Currently possessing under two ounces in Texas carries a harsh penalty of 180 days in jail and a fine of up to $2,000. Lawmakers are looking to potentially change the charge from a misdemeanor to a civil penalty; instead of jail-time, individuals would possibly face diversion into a program that could include drug education classes, community service, and small fines, NBC DFW publishes. House Bill 81 suggests that possession of less than an ounce of marijuana would not qualify for arrest, but merely a fine of up to $250 and then release, in the same manner as a parking ticket. The Times Record News reports that the state of Texas spends around $700 million a year on cases involving low-level marijuana possession, not to mention the criminal records that will follow these people around for the rest of their lives.

Even though the state of Texas overall may not agree with the decriminalization of marijuana, local municipalities are taking matters into their own hands. Within the city of Dallas, for example, the Dallas City Council approved a “cite-and-release” program for individuals caught with less than four ounces of the drug, Dallas News publishes. These individuals who have committed no other crime will be issued a ticket and released. The program is to go into effect October 1, 2017 but only within parts of the city that are within Dallas County.

In general, jail-time and a criminal record do little to address the potential problems that drug abuse can cause. Drug abuse treatment programs and community education and prevention programs are typically considered more effective methods for managing marijuana abuse.

herballocalmarijuanatexas
Ready to get started?
We're available 24/7 to answer questions and help you make decisions about starting recovery.
Your Next StepsRecovery is possible. We're here to help with your addiction.