Nembutal falls into the barbiturate class of prescription medications. These medications were popular in the 20th century in helping to control anxiety and aid in inducing sleep, however, they have been replaced to great extent by the relatively safer benzodiazepines.1

Nembutal’s use in medicine is now limited to initiating and maintaining medically induced coma; however, it’s also utilized in the judicial system as a means of lethal injection in humans.2 Pentobarbital is also administered by veterinarians for the purposes of euthanizing animals.2

Nembutal is also known as pentobarbital sodium, which is a Schedule II substance according to the U.S. Drug Enforcement Administration (DEA), which the DEA defines as drugs with a high potential for abuse, with use potentially leading to severe psychological or physical dependence.3

When used at therapeutic doses, this medication causes a mild euphoria, lack of inhibition, relief of anxiety, and sleepiness. Higher doses may cause impairment of memory, judgment, and coordination; irritability; and paranoid and suicidal ideation.4

Pentobarbital is a short-acting barbiturate and there’s a very small difference between a therapeutic dose and a toxic dose, which means there’s a fine line between experiencing its therapeutic effects and inducing serious life-threatening adverse drug reactions.1 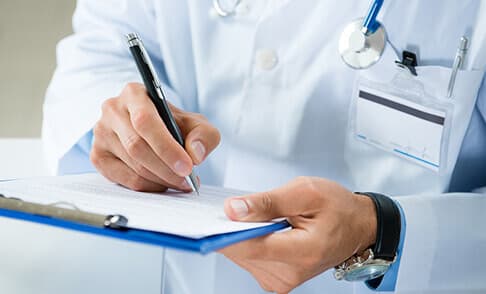 Individuals who take Nembutal regularly can quickly develop a tolerance to the medication, needing higher doses over time to feel the same effects.1,4 This increases the risk of an overdose, which can dangerously slow the body’s central nervous system and may lead to coma or death.1,4 Effects of overdose on barbiturates such as Nembutal includes:4

Polysubstance use has long been associated with barbiturate abuse,5 and barbiturates have historically been a secondary drug of abuse for people who misuse alcohol and heroin as their primary drug of choice.5,6 Co-administering Nembutal along with other barbiturates, alcohol, benzodiazepines, and opioids like heroin increases the risk for overdose significantly.1,5 Barbiturates have an additive effect on these substances. Consuming them in conjunction with one another is particularly dangerous.

As a barbiturate, Nembutal can cause not only tolerance, but also physical dependence.8,9 Frequent barbiturate users may experience severe withdrawal symptoms within 8 to 15 hours of stopping the drug and up to 8 days after cessation.9 If a person attempts to stop taking the drug suddenly, withdrawal symptoms, including seizures which may be life-threatening, may develop.9

Other withdrawal symptoms from Nembutal include:8

Long-term abuse of barbiturates is associated with depression, loss of appetite, achiness, and sometimes liver damage.9

Experiencing tolerance and withdrawal symptoms may indicate that a person is suffering from addiction and has a Sedative, Hypnotic, or Anxiolytic Use Disorder. Other signs of addiction to Nembutal include:10

If addiction is suspected, professional help is needed. Withdrawal from barbiturates often requires medical detox with the help of supervising physicians.

For someone suffering from an addiction to any substance, detox is only the first step in a longer journey of getting sober. Nembutal detox should be followed by therapy in an inpatient or outpatient program, as well as participation in some form of recovery group.

prescription
Ready to get started?
We're available 24/7 to answer questions and help you make decisions about starting recovery.
Your Next StepsRecovery is possible. We're here to help with your addiction.