Suicide in the U.S. claimed more than 45,000 lives in 2017, including those of 6,139 military veterans. Veterans die by suicide at 1.5 times the rate of the civilian population.1 According to data from 2001 to 2007, the risk of suicide was found to be greatest in the first 3 years after leaving military service. Young, unmarried, white males who were enlisted and served in the Army or Marines were the most at risk.2

Why Are Veterans at Risk? 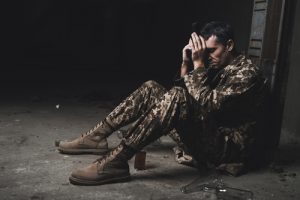 The increased risk of suicide among veterans, as compared to the civilian population, is a subject of numerous studies and ongoing investigation. There is no simple, easy answer to explain the rate of veteran suicide, but some potential risk factors have emerged.

One study noted that the stressors most related to suicide among veterans were:3

Another recent study that asked veterans to choose from a long list of reasons for their attempted suicides noted that the most common reason selected was a desire to end intense emotional suffering. According to the study, veterans would often give a list of reasons, averaging 10 each, for their desire to end their lives—an indication of how complex the issue is.4

Suicide is a serious problem for both veterans and civilians; however, there are persistent myths surrounding suicide and how to help people in crisis. Some of the myths and truths about suicide include:3,5

Myth: People who commit suicide wanted to die.
Truth: Many people who attempt suicide want to live very much but see suicide as the only way out of their suffering. Many people seek emergency help right after an attempt.

Myth: Suicide results from long-standing crisis.
Truth: The average length of a crisis that leads to suicide is 2 weeks.

Myth: Many suicide threats are attention-seeking behaviors and don’t require intervention.
Truth: Any communication of an intent to commit suicide should be taken seriously.

Myth: People who are considering suicide keep it secret.
Truth: Most people who attempt or complete suicide give many warnings through their words and behaviors.

Myth: Once a person has made up their mind to commit suicide, you cannot stop them.
Truth: Intervention—especially early intervention—with people who are suicidal is effective in preventing suicide.

Myth: A person would never commit suicide because they have too much to live for (family they love, plans for vacation, a good job, etc.)
Truth: You can never assume that a person won’t commit suicide by looking at external factors. The person may have severe inner turmoil that is unseen to others.

Myth: Drug and alcohol abuse aren’t linked to suicide.
Truth: Addiction raises a person’s risk for suicide. Many people who attempt suicide use alcohol or drugs before doing so.

Warning Signs of Suicide in Veterans 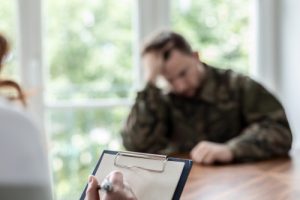 It can be difficult to tell if someone is suicidal, but the mnemonic Is Path Warm can help you look for common warning signs.6

Other signs of potential suicidal actions can include:3

There are numerous resources for veterans in crisis. These include:

The military and VA use numerous approaches and programs to prevent suicide. General approaches include:7 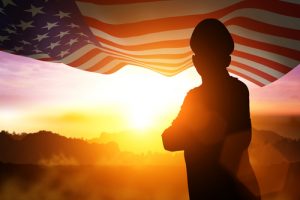 If you are searching for help for yourself or a loved one at risk of suicide, know that help is available. Greenhouse Treatment Center is part of a network of treatment centers owned and operated by American Addiction Centers. Greenhouse does not currently have a veterans program; however, AAC operates two facilities, Desert Hope in Las Vegas, NV and Recovery First in Hollywood, Florida that do offer unique programs geared toward the needs of veterans:

The programs at these facilities offer specialized treatment for co-occurring substance use and mental health disorders for veterans and first responders. Suicide is preventable, and our programs designed with the veteran in mind can help you or your loved one overcome crisis and start your journey on the path to recovery. 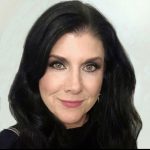 Leah Walker is a licensed marriage and family therapist with a PhD in Family Relations. Walker has over 20 years of clinical experience working with children, adolescents, and adults, focusing on family relations, substance abuse, and trauma. LeahRead More