The condition known as post-traumatic stress disorder (PTSD) affects as many as 8 million Americans in any given year, according to the U.S. Department of Veteran Affairs.1

PTSD is often associated with alcohol, drug, or other substance use disorders, which can make diagnosis and treatment even more complex.

This article will discuss PTSD, its link to addiction, and how to get help if you or a loved one is struggling with a dual diagnosis, such as co-occurring post-traumatic stress and substance use disorders.

What Is Post-Traumatic Stress Disorder?

Post-traumatic stress disorder is a diagnosable mental health condition whose characteristic feature is the development of certain types of symptoms following exposure to a traumatic event(s).

After experiencing or witnessing any terrifying event, such as a natural disaster, military combat, or a car accident, the mind and body need time to recover from the shock and regain a sense of stability. However, some people who survive a traumatic experience may be slower to recover or carry lasting consequences for an indefinite amount of time.

These people are left with distressing memories, flashbacks, and strong emotions, including helplessness, fear, anger, and intense anxiety regarding the incident.

The presentation of these PTSD symptoms may vary from one individual to the next.2 Sometimes, these symptoms may be so overwhelming and intrusive they dominate the individual’s thoughts and reactions, interfering with their daily activities and ability to function on the job, at home, and in relationships.

Military members, first responders, civil servants, and other individuals more likely to face violence or injury may be at particular risk; however, PTSD can affect anyone who has experienced or witnessed a traumatic incident.

Why Do Some People Get PTSD and Others Don’t? 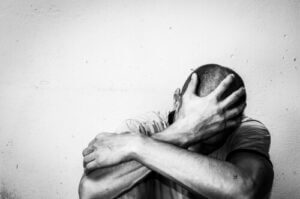 Certain risk factors may make it more likely that a person will develop PTSD. Conversely, certain resilience factors may help reduce the risk.3

For example, direct exposure to trauma or injury may increase an individual’s risk. Additional risk factors include:1,3

Females are also more likely than males to develop PTSD.2

On the other hand, some factors may promote recovery after living through a traumatic experience. Such protective, or resilience, factors include:3

How Is PTSD Diagnosed?

Clinicians make PTSD diagnoses based on the presence of several characteristic symptoms, which must be present for at least one month. These include the following:2,3

At least one avoidance symptom:

In some cases, attempts at avoidance result in changes to personal routines, such as not driving or riding in cars after an automobile accident. Other times, distraction techniques may begin to be used to avoid such reminders.

At least one re-experiencing symptom:

Arousal symptoms are often constant, instead of being triggered. They can interfere with concentration and daily tasks such as sleeping and eating.

People who struggle with post-traumatic stress disorder may be so impacted by the event or events that they feel uncomfortable, unhappy, on edge, and/or disconnected most of the time. They may find it difficult to manage simple tasks without unexpectedly rearranging their daily routine in an attempt to mitigate their symptoms. 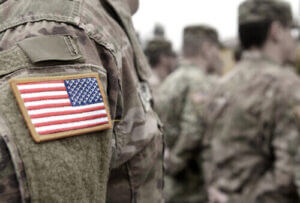 More than 2 out of 10 Veterans with PTSD have a concurrent substance use disorder.6 Just experiencing a trauma, regardless of whether or not PTSD develops, may be associated with problematic drinking. The U.S. Department of Veterans Affairs states that as many as one-third of those who live through traumatic illnesses, accidents, or disasters report drinking problems.7

The VA also reports that 60%–80% of Vietnam Veterans seeking PTSD treatment have alcohol use problems and that war veterans with PTSD and alcohol issues commonly binge drink.6,7 Alcohol and other substance use can make the symptoms of PTSD worse and exacerbate related issues such as sleep problems, depression, anger, and irritability.6

Substance Use Disorder and PTSD

Research supports a link between PTSD and substance abuse. Across various studies, the prevalence of patients with PTSD and a co-existing substance use disorder (SUD) may be 3 times greater than that seen in the general population.8

People who have experienced physical or emotional trauma may be at higher risk of substance use—whether it be alcohol, prescription drug misuse, or illicit substance use.9 The connection between trauma and substances may be particularly relevant to returning Veterans, since as many as 1 in 5 service members back from Afghanistan or Iraq have reported symptoms of PTSD or major depression, and as many as half of all Vets diagnosed with PTSD have a co-occurring SUD.9

Given such issues, and the high incidence of comorbidity between the two conditions, the American Society for Addiction Medicine supports the screening for and integrated treatment of both conditions in those who initially present for treatment of either individual condition.11

Are Drugs, Alcohol, and PTSD Interrelated?

Much attention has been paid to why PTSD and substance use disorders co-occur so frequently. Perhaps the most widely proposed theory to characterize this comorbidity is that of self-medication. Proponents of this theory argue that substance use may be an attempt to “self-medicate” or alleviate some of the otherwise life-disrupting symptoms of PTSD.10,11

For people whose SUD predates their issues with PTSD, several other theories point to causal links that could potentially increase their risk of ultimately developing PTSD. One such theory hypothesizes that factors associated with substance abuse, such as  impaired decision making and temporarily decreased fear response, may lead to situations with increased likelihood of trauma and subsequently develop PTSD.11

A second such theory involves the increased anxiety and arousal that commonly accompany chronic substance use, and how, in addition to diminished coping skills, they may confer a biological vulnerability to developing PTSD after a traumatic exposure.10,11

How to Treat Co-Occurring PTSD and Drug or Alcohol Addiction

Though historically some PTSD treatment programs may not have accepted individuals with active SUDs (and vice versa), the value of implementing a simultaneous treatment strategy to manage comorbid PTSD and SUD is becoming increasingly recognized.9

The standard of care for treating co-occurring disorders is an integrated treatment model, where physicians, psychiatrists, therapists, counselors, case managers, and other specialists all work together as a team to treat both disorders at the same time, setting the same goals and keeping the treatment plan consistent.

At Greenhouse Treatment Center, our drug & alcohol rehab in Grand Prairie, Texas, we specialize in the treatment of co-occurring disorders. Our treatment plans are tailored to meet a patient’s individual needs and provide a combination of addiction treatment therapies, including cognitive behavioral therapy (CBT) and treatment medications (as needed).

To learn more about our high-quality programs, paying for rehab, or how to help a loved one get into rehab, call us at . Our admissions navigators are available around the clock to answer any questions and start the rehab admissions process.

You can also find out whether we accept your health insurance plan and verify your benefits by filling out this confidential .

PTSD can be quite debilitating, especially when it occurs alongside addiction, but both conditions are treatable. When you’re ready, we are here to help you take the first steps toward recovery.

Additional Resources on PTSD and Addiction

co-occurring disordersptsdtreatment
Prefer getting help via text?
We're available 24/7 via text message. Signup below for access to our team when its convenient for you!
and many more...
Get the Info & Help You NeedWe're open across the US. Learn about your options.