Dangers of Snorting and Injecting Adderall

Injection use can cause even more serious issues, including 4,5

Injecting drugs can also result in the introduction of insoluble particulate matter from the drug into the veins and the risk of serious medical issues like deep vein thrombosis (DVT) and pulmonary hypertension.6,7

One of the biggest risks of injecting drugs comes from sharing needles. This is very common among intravenous drug users, and it leads to the spread of life-threatening diseases like HIV and hepatitis C. 4 In 2016, 2,224 new causes of HIV injection in the U.S. were attributed to injection drug use.8

The risk of overdose on any substance is heightened when you attempt, by snorting or injecting the drug, to deliver it more quickly to the brain for a greater high.9

Crushing an extended-release medication like Adderall XR is particularly dangerous because the full dose, which is meant to be released over the course of several hours, becomes available for absorption into the bloodstream all at once.10

Symptoms of Adderall overdose include:11

Individuals with existing cardiovascular conditions, such as hypertension, arrhythmias, or history of heart failure, may be at greater risk of suffering severe cardiac events, especially in overdose, and should take caution in using this medication.11

An Adderall overdose can result in death. Any time you suspect an overdose on an ADHD medication such as Adderall, seek emergency medical treatment. Overdose death is usually preceded by convulsions and coma. 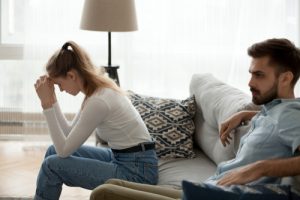 Amphetamines generally have a significant abuse potential. The longer and more heavily they’re used, the more likely the individual will become dependent on them.11

When taken without a prescription, people tend to take more than what would be recommended in order to experience a high.

This may lead to the rapid development of tolerance (needing more to experience the subjective effects), dependence (needing the drug to avoid withdrawal), and addiction (inability to stop using the drug despite all the negative consequences).12

Some of the signs you may have a problem with Adderall include the following:4