What Is Wet Brain or Wernicke-Korsakoff Syndrome?

Though there are other causes (e.g., eating disorder-related dietary deficiencies, chemotherapeutic effects, etc.), the National Organization for Rare Disorders (NORD) states that, within the United States, the most common cause of WKS is alcoholism.

Wernicke’s encephalopathy is a severe, and potentially life-threatening, brain condition that can develop in people with significant thiamine deficiency. Such thiamine deficiencies are commonly associated with severe alcohol use disorders, and may arise in heavy drinkers due to impaired intestinal absorption, decreased liver storage, and/or malnutrition.3 A significant number of cases of Wernicke’s encephalopathy go undiagnosed; left untreated, roughly 20% of people with the condition will die from it.4

Wernicke’s encephalopathy should be treated as a neurological medical emergency.

The classic “triad” of signs and symptoms of the disorder include:3,4,6

Other accompanying signs and symptoms may include:2,3,6 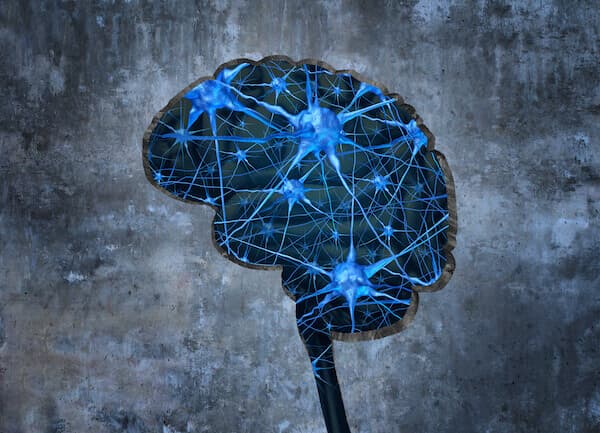 Korsakoff syndrome can result in severe and potentially-chronic memory issues. While it most often follows alcohol-related Wernicke encephalopathy and is generally the result of long-term alcohol abuse, the Alzheimer’s Association indicates that Korsakoff syndrome can develop on its own in some cases.

Korsakoff syndrome can result in long-term memory gaps, an inability to form new memories, and difficulties learning new things.7 People suffering from the disorder may unintentionally make up information or stories to fill their memory gaps, which is known as confabulation. The memory issues can be significant enough to impair some aspects of daily life, yet they leave other areas and social skills virtually untouched. Talkativeness, repeatedly asking the same questions, reading the same page time and again, problems recognizing certain people, and more issues with short-term or current memories than ones with long-term or remote memories are all potential indicators of Korsakoff syndrome.4

Significant recovery can be made if the issues are detected early, continued drinking stops, and high dose B-vitamin replacement treatment begun. In some cases—past estimates have pointed to 25% of those who develop Korsakoff amnesia—the memory problems are irreversible.1,4 Individuals who suffer chronic effects related to Korsakoff syndrome may need help managing daily tasks and be unable to live on their own.

Since wet brain, or WKS, is so often the result of long-term, heavy alcohol use, a necessary component of treatment is to quit drinking. As significant physical alcohol dependence and the associated risk of severe withdrawal are likely to be factors, this may be most safely accomplished with the assistance of a medical detox program. Heavy drinkers may face certain withdrawal complications—such as seizures— when attempting to stop drinking “cold turkey” without professional help.

If Wernicke’s encephalopathy is caught early enough, it may be possible to prevent the onset of Korsakoff syndrome. Thiamine levels need to be brought back up—often via parenteral thiamine administration—in advance of nutritional replenishment.1,4,6 After initiating thiamine replacement, other vitamins, magnesium, fluids, and a nutritious and balanced diet can also augment recovery.

It is essential to remain abstinent from alcohol to prevent additional neurological decline. After a detox protocol helps a person become physically stable without alcohol, an addiction treatment program can provide the tools to minimize relapse and sustain recovery. Therapy, counseling, and support groups can teach individuals healthy coping and stress management skills that are imperative to recovery. Behavioral therapies help individuals to better understand why they drink and what they can do going forward to deal with issues in healthier ways.

Symptoms of wet brain can be managed and may slowly improve with long-term sobriety, continued vitamin supplementation, proper nutrition, and continued care. Korsakoff syndrome may be avoided altogether with preventative measures and quick treatment once Wernicke’s encephalopathy is diagnosed. Once Korsakoff syndrome arises, however, ongoing medical and mental health support may be vital to manage the symptoms and treat the disorder on a long-term basis.

Don’t let your addiction reach rock bottom. If you or someone you love is struggling with the devastating side effects of addiction and are unsure of where to turn, call us today at . Greenhouse Treatment Center, American Addiction Centers’ alcohol rehab center in Dallas, Texas, is ready to help you get the treatment you need today.