What is Binge Drinking and Why it is Dangerous

The National Institute on Alcohol Abuse and Alcoholism (NIAAA) describes binge drinking as a pattern of alcohol consumption that sharply raises blood alcohol levels over a relatively short time frame. More precisely, this involves an elevation of blood alcohol concentration (BAC) to 0.08 g/dL over the course of two hours—which occurs after approximately 5 drinks for men and 4 for women .1 Among underage drinkers (those under 21 years old), 90 percent of all alcohol is consumed in binge drinking sessions.2One in six adults in the United States is estimated to binge drink (consuming approximately 7 drinks in one sitting) about 4 times a month.3

Why is Binge Drinking Dangerous?

People who binge drink expose themselves to various risks, including legal repercussions (e.g., DUI) and alcohol-related health consequences; people who binge drink are also at increased risk of developing an alcohol problem, or alcohol use disorder (AUD).4 Should drinkers lose control of their actions during a binge session, they may become victims of a crime, commit a crime while under the influence, or be involved in a vehicular accident. Because alcohol is a central nervous system depressant, someone who binge drinks may stop breathing or suffer from alcohol poisoning. While some people are able to drink in moderation without experiencing pronounced health problems, people who regularly binge drink are at increased risk of several significantly detrimental health issues.

While binge drinking is most common among college students and other young adults (i.e., 18-34 years), people from all demographics participate in binge drinking.4 According to the Centers for Disease Control and Prevention, more than half of the total number of drinks consumed during binge drinking behavior are done so by men and women older than 35.3

Binge drinking is more common in households with income levels of $75,000 or more than in lower-income households. Men are more likely to binge drink, per the CDC, at a rate that is almost double women.4

Excessive drinking can lead to impaired judgment and decision making, lowered impulse control, and memory issues. People who drink too much, too quickly—such as during a binge drinking session—may also be particularly at risk of alcohol overdose. Excessive alcohol can depress a person’s breathing, reaction times, and motor coordination.5 Alcohol overdose (sometimes referred to as alcohol poisoning) can be fatal.

Other signs and symptoms of alcohol overdose may include:5

People who binge drink often talk about “blacking out,” but these blackouts can be a sign of alcohol poisoning. A person’s blood alcohol concentration continues to go up even after they have stopped drinking or passed out. As a result, attempts to “sleep it off” may result in serious health complications and even death.8

If alcohol poisoning is suspected, emergency medical help may save a life. Call 911 immediately.

In addition to a cumulative risk of alcohol overdose, chronic binge drinking and other forms of excessive alcohol use are associated with several long-term health effects. These include:2,3,5 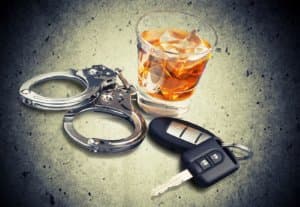 Binge drinking is often associated with driving under the influence while intoxicated. This can result in injury and death, to the driver, passengers, bystanders, and other people on the road. Since judgment is significantly impaired while binge drinking, it is more likely that individuals will engage in risky behavior, and this includes drinking and driving.5

Physically, a person who has consumed several alcoholic drinks in one short drinking session may experience significantly lowered motor coordination and problems with reaction time—essentially, they may lose control of their body, which could lead to physical injuries. Falls and other accidents are more likely, and these can often result in serious injuries. Automatic processes such as the gag reflex may also be diminished; if a person passes out due to binge drinking and then vomits, they may be more likely to choke on their own vomit, suffocate, and even die as a result.5

If a person is unaware of what is happening around them due to drunkenness, they may be more likely to become victims of a crime. They may be sexually or physically assaulted, or they may take part in unintended and unprotected sexual intercourse. As a result, binge drinking brings the heightened risk of contracting HIV, hepatitis, or other sexually transmitted diseases, due to unprotected sex.5,6

How To Stop Binge Drinking

There are many stories of people taking breaks from drinking to see how cutting out alcohol temporarily can improve the way they feel, as well as other areas of their lives such as their finances. Often, people will have a “dry January” where they don’t drink for a whole month, for example, to provide a fresh start to the new year. For some, this reduction in alcohol use extends past their month-long timeline because it provides clear improvements in their lives.

Avoiding excessive alcohol use, such as binge drinking, really can benefit you in many ways. You may lose weight, save money, improve your relationships, and feel better overall. You may also help prevent some serious chronic health issues like liver disease from developing when you stop drinking too much.10 Avoiding excessive alcohol use can also reduce your risk of developing an AUD.11

For some people, cutting back isn’t as easy as making a plan and sticking to it. An inability to control your drinking despite wanting to do so is a huge red flag for the existence of an alcohol use disorder.13 SAMHSA’s final tip on cutting back is to speak with a doctor or seek treatment for alcohol abuse. 12

Help is just a phone call away. If you or someone you love is struggling with addiction and are unsure of what to do, call us today at . Greenhouse Treatment Center, American Addiction Centers’ Texas alcohol rehab center, is ready to help you get the treatment you need today.

Who Should Avoid All Drinking?

The 2020-2025 Dietary Guidelines for Americans advises against any alcohol use for some individuals.14  These include: 14

The Guidelines don’t include a hard and fast rule for breastfeeding women but do state that drinking while breastfeeding is not known to be 100% safe and advise that abstaining from alcohol while lactating is the safest option. 14

The Guidelines also acknowledges that even moderate drinking can increase the risk of many types of cancers and contributes to an overall increased risk of early mortality. Therefore, they directly say that they do not advise that anyone who does not currently drink alcohol begin drinking for any reason.14

As mentioned, when young people drink, they tend to drink a lot—more than 90% of the alcohol consumed by young people occurs in the context of binge drinking. Additionally, studies have indicated that people who start drinking before the age of 15 may be 4 times as likely to meet criteria for alcohol dependence at some point in the future.9 Statistics such as these underscore the importance of early intervention and treatment for teens who engage in binge drinking.

People who struggle with alcohol use disorder oftentimes have developed significant physiological alcohol dependence and are at risk of experiencing an unpleasant and, in some cases, dangerous withdrawal syndrome. In these instances, a period of supervised medical detox followed by comprehensive addiction treatment can help ensure a safe and complete recovery.