Getting Treatment for Restoril Addiction

Restoril (temazepam) is one of several commonly prescribed benzodiazepine drugs. Like other drugs in its class, Restoril’s primary mechanism of action involves increased activity of an inhibitory neurotransmitter called gamma-aminobutyric acid (GABA).1 Through its interaction with the GABA system, benzodiazepines like temazepam act as central nervous system depressants to decrease certain types of activity throughout the brain and spinal cord. As a result, Restoril is able to elicit its therapeutic effects of relaxation and sedation.

Restoril is used for the short-term treatment of insomnia. Both Restoril and generic temazepam are prescribed in oral capsule form.2 The use of benzodiazepines like Restoril as sleep enhancers is often initiated as a short-term strategy; using cognitive behavioral therapeutic measures to address chronic sleep issues may be a more suitable first line of treatment.3 That being said, some physicians may prescribe Restoril to individuals on a more long-term basis. As with other benzodiazepines, tolerance to Restoril (needing more of the drug to achieve the effects that one once experienced at lower doses) may gradually develop, at which point, some individuals may require an increased dose for therapeutic efficacy.2

Restoril, like other benzodiazepines, is classified as a Schedule IV controlled substance by the United States Drug Enforcement Administration. Restoril may only be legally obtained with a prescription from a physician and should only be used according to its prescribed instructions.

In addition to the aforementioned effects of Restoril, some of the side effects of using the drug can include:2

More rarely, people can experience more serious or severe side effects (in some cases, such adverse developments may require medical attention or prompt the need for supervised discontinuation of the drug). Such effects may include:2

Many people who use Restoril for medicinal purposes (e.g., for short-term management of insomnia) under the supervision of a physician do not meet the criteria for a substance use disorder. However, tolerance may develop with longer-term use, which may prompt an individual to begin misusing the medication in higher-than-prescribed doses. Some physiological dependence may also develop—even with therapeutic use; however, the tenacity of such dependence, and the likelihood of a relatively severe withdrawal increases in situations of misuse or abuse.1

Conceptually, the abuse of a drug like Restoril occurs when an individual misuses it nonmedically. Abuse may progress to chronic, compulsive levels as an individual begins to experience negative ramifications as a result of such misuse, but demonstrates an inability to control such problematic use in spite of the adverse outcomes associated with it.

Diverted temazepam is one of the most commonly encountered benzos on the illicit market.1 Individuals who obtain Restoril illegally and regularly use it for its euphoric or otherwise pleasurable psychoactive effects are abusing the drug, and even individuals with prescriptions who use the drug nonmedically (e.g., by mixing it with alcohol, opioids, or stimulants to modify the effects of the respective drugs, by using more of the drug than prescribed, etc.) could be at greater risk of adverse health effects, including overdose and addiction (or substance use disorder).2,4

Some characteristic signs, symptoms, and behavioral changes used as criteria to make a diagnosis of a sedative- or hypnotic- use disorder involving Restoril include:5 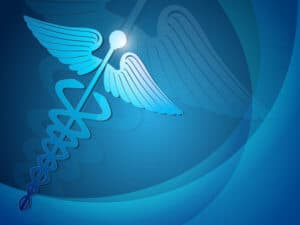 Encouraging a loved one to seek treatment for a substance use disorder can often be quite tasking. As is sometimes the case when the problematic substance use behavior involves a prescription medication like Restoril, people may not fully recognize their substance use as compulsive and/or harmful and may therefore be less inclined to initiate treatment. However, benzodiazepine addictions can be significantly troublesome—resulting in severe disruptions to daily life and commonly accompanied by an ever-present risk of withdrawal should the medications be stopped; people with temazepam addiction can greatly benefit from professional treatment.

Because there is high potential that individuals who abuse Restoril will develop some level of physical dependence on the drug, a vital part of early recovery involves some form of medical detox for withdrawal management.

Simply getting off benzodiazepines and getting past the unpleasant (and potentially risky) withdrawal process is rarely sufficient for complete recovery. In many instances, comprehensive treatment for a substance use disorder includes, in addition to the aforementioned pharmacotherapeutic approaches, ample psychotherapy or behavioral therapeutic interventions. Though individual treatment programs will vary in their respective approaches, these might include:6,7

Are you ready to reach out for help and start the addiction treatment process? If you or someone you love is struggling with addiction and are ready to take the first steps towards recovery, call us today at . Greenhouse Treatment Center, American Addiction Centers’ Fort Worth drug rehab, is ready to help you get the treatment you need today.

benzodiazepinesrestoril
Prefer getting help via text?
We're available 24/7 via text message. Signup below for access to our team when its convenient for you!
and many more...
✕
Instantly Check Your Insurance Coverage
Your information is safe & secure
At Greenhouse, we accept most types of private (non-government) insurance and offer a variety of payment options.
You can quickly and privately check your insurance benefits to see if you're covered for addiction treatment services. We’ll be able to tell you if your provider is in network with Greenhouse Treatment Center and all American Addiction Centers locations.
This means your treatment may be FREE1 depending on your policy, copay, and deductible.
Your Next StepsRecovery is possible. We're here to help with your addiction.