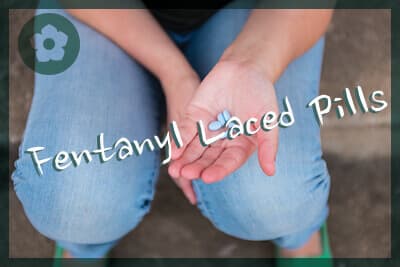 Texas officials are sounding the alarm as more and more fake painkillers and other counterfeit medications have been identified in street busts. Essentially, nothing can be trusted to be what it seems when it comes to buying any substance on the street.

More and more frequently, the pills sold on the street as OxyContin, Xanax, and other painkillers are actually fentanyl or laced with fentanyl, a synthetic opiate that is 50-100 times more potent than morphine. Unbeknownst to the consumer, who takes the pills in a dosage based on the expectation of a far lesser potency, taking these pills is deadly. They look exactly like the pills the person is expecting to buy, and there is no way to tell its exact chemical makeup unless it is tested.

Texas is not alone in facing the problem, and neither are people who are living with a painkiller addiction and seeking to maintain that addiction by buying drugs on the street. Fake pills that are made out of fentanyl have been found in 40 states, and consumers buying heroin, methamphetamine, and cocaine are exposing themselves to a higher risk of overdose than ever before.

Larry Sparks is the Johnson County Stop the Offender Program Special Crimes Unit commander. He says that the problem of fentanyl-laced painkillers being sold to unsuspecting consumers on the street began up north, but it has spread down south and is currently hitting Texas hard.

Says Sparks: “It is starting to get big here in Texas. Pills are the number one problem in America, which trickles into heroin abuse and leads to fentanyl. This year has been our busiest year with it. There have been deaths in Arlington and Fort Worth where ecstasy was laced with fentanyl. People are taking whatever drug and putting fentanyl in them and it’s killing people.”

Though fentanyl is a legal drug and commonly used to treat patients dealing with intense levels of chronic pain associated with cancer, it has recently become a common additive to other street drugs with the goal of increasing their potency. As a result, it increases sales when people who are struggling with an intense addiction find a connection that can provide them with a strong form of the drug.

The effect, however, is very often overdose. A person who believes they are buying Xanax, a short-acting sedative, but is actually receiving a drug that is considerably more overwhelming to the system will not know to adjust their dose and will not see an overdose coming. Even those who believe they are taking an opiate drug and hoping it is laced with fentanyl can overdose very easily because such a small amount of the substance is deadly.

Why are drug dealers essentially choosing to kill their own customers? Money. The loss of one or two people does not necessarily send a warning message to others who are living with an active addiction. Rather, it can result in driving more customers to the dealer in the hopes of experiencing an intense high.

President of the National Association of Drug Diversion Investigators, Lisa McElhaney, says the simple answer is money: “They’re relatively cheap [to make] and the profit margin is phenomenal. You’re talking about such a miniscule amount, but it has such a heavy potency and purity level that it is fatal.”

Though many like to blame all drug problems in Texas on Mexico and other points south of the border, China is the country of origin for fentanyl in Texas. Because of the significant potency in small amounts, only small packages need to be shipped into the country to score a high return in profits. These small packages can be easily slipped into shipping containers holding a huge range of goods, evading the chance that officials will have the time to look through each and every one to find the package containing fentanyl – not an issue that a wall at the border will impact.

Awareness is the first step in creating positive change. As families in Texas understand that the risks of untreated addiction grow every day, the hope is that more and more will reach out for treatment that can help them avoid paying the ultimate cost. Is addiction treatment the next step for you or your loved one?