While overdose deaths involving opioids are lower in Texas than many other states, opioid overdose is still a major problem in the state. In fact, the abuse of opioids is the leading driver of overdose deaths in Texas.1

Naloxone, the opioid overdose reversal drug, has become a critical resource in preventing overdose deaths in Texas and across the nation. Naloxone comes in a nasal spray (Narcan), as an injectable medication, or as an autoinjector (Evzio). The autoinjector and nasal spray versions are easy to administer with minimal instruction.2

This article will provide information on how to find naloxone in Dallas and the greater state of Texas, provide basic information on naloxone and its use, and discuss the problem of opioid overdose in Texas.

Where Can I Get Narcan and Overdose Training in Texas? 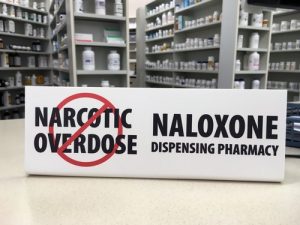 There are several ways to obtain naloxone and other resources for opioid harm reduction in Texas. These include:

What Is Naloxone and When do You Use It?

Naloxone is a medication designed to bind to opioid receptors and block the effects of opioids. In doing so, it effectively reverses an opioid overdose.7 Someone whose breathing has slowed or stopped may experience a quick return to normal respiration once given the drug.7

Along with being simple to use, naloxone cannot be abused and can be delivered by a layperson in an emergency situation.8

Prior to 2015, naloxone was administered by emergency services personnel and other health professionals; however, in most states, including Texas, there has been an effort to expand access to this medication to those who are likely to witness an opioid overdose. This includes opioid users and their friends and families, as well as the general public.9

Is There a Good Samaritan Overdose Immunity Law in Texas?

The fear of legal repercussions may keep some people from administering naloxone in an emergency, for example if that person has been using or is in possession of drugs.

Unfortunately, at the current time Texas is one a small handful of states that does not have a Good Samaritan immunity law for opioid overdose. However, it does offer some legal protections for those who administer naloxone in good faith and with reasonable care.10

Section 483.106 of the Health and Safety Code states that any person who acts “in good faith and with reasonable care” who administers naloxone to someone they believe is suffering from an opioid-related overdose is protected from “criminal prosecution, sanction under any professional licensing statute, or civil liability, for an act or omission resulting from the administration of or failure to administer the opioid antagonist.11

There is also a Texas Good Samaritan Law that provides protection from civil damages for acts performed in an emergency that were made in a good faith attempt to help another person.12

Unfortunately, at this time the laws in Texas address only liability regarding the medical outcomes relating to a person’s action (or inaction) in an emergency. They do not provide basic protections from drug offenses, such as possession of a controlled substance, for those who call 911 and/or administer naloxone in an emergency overdose situation. However, there have been repeated efforts to expand the protections and implement a Good Samaritan law in the state.12,13

How to Respond to an Opioid Overdose 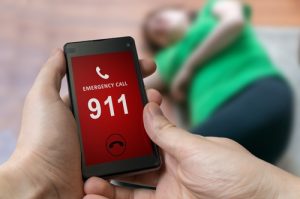 The very first thing to do when you believe someone is overdosing is to CALL 911. While on the phone with 911, give your location and a description of it to help responders find you quickly.14

The person who has overdosed always requires emergency medical support after their overdose has been reversed. A person may continue to experience overdose effects after the naloxone wears off, or a person may require multiple doses of naloxone. This is why it is so important that you call 911 prior to administering the drug.2

After calling 911, you can move on to delivering naloxone (Narcan nasal spray or Evzio autoinjector) if you have it on hand. To give naloxone in an overdose emergency, follow the instructions on your administration device or its packaging.2

Many Texas organizations offer naloxone training to empower you to feel in control and calm in an overdose emergency.

Step 3: Stay with the Person until Help Arrives

Once you’ve administered naloxone, stay with the person and lay them on their side with knees bent to make sure they don’t choke should they begin to vomit.

If you are trained in CPR, you may provide rescue breathing at this time.15 The Red Cross offers a list of CPR training classes in Dallas.

Texas, like every other state in the nation, has struggled with the epidemic of opioid abuse and overdose.1 Texas has had consistently “low” rates of opioid overdose compared other states; however, the Lone Star State is far from untouched by the crisis. Consider that:

While heroin is a main driver of opioid overdose, prescription painkillers play a large part. Unfortunately, the numbers of prescriptions written for Texas residents is high, as is nonmedical use of these drugs:

The Growing Presence of Fentanyl in Texas

Fentanyl is a notorious contributor to the opioid epidemic across the United States. The presence of fentanyl into the drug market in the Western United States, including Texas and Arizona, is growing and is projected to cause more deadly overdoses in states west of the Mississippi in the coming years.17

However, it is not just heroin that Texans need to worry about. Fentanyl has been found in multiple other drugs including:17

Opioid abuse, even when fentanyl is not a factor, is associated with a high risk of overdose. However, with the proliferation of fentanyl across the United States, the risk of overdose is that much greater for those who purchase and use drugs illicitly. If you are an opioid user or know someone who is, having naloxone on-hand and knowing how to use it can be lifesaving.