What Is Intermittent Explosive Disorder?

Intermittent explosive disorder, otherwise known as IED, is a little-known yet relatively prevalent mental health disorder marked by explosive outbursts of aggression or violence.1 Such outbursts are characteristically out of proportion to their associated triggers or stressors and may appear to be “over-the-top” to those who witness them. People with IED may lash out at others and even assault someone or destroy property during an explosive episode.2

The disorder often begins in adolescence and affects as many as 16 million people in the United States over the course of their lifetimes, according to the National Institutes of Mental Health.2

IED is one of several impulse control disorders, wherein the individual is unable to exert control over aggressive behaviors that violate social norms as well as the rights of other people around them. The lack of ability to control these impulses causes marked distress or problems with psychosocial functioning.3

What are the Signs and Symptoms of Intermittent Explosive Disorder? 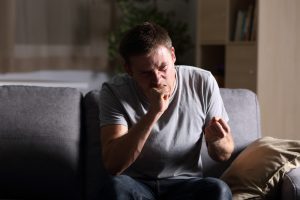 While an IED diagnosis is best made by a mental health professional, some potential indications of the disorder include:4

Clinicians may have some difficulty in diagnosing IED, particularly because symptoms are very similar to other impulse disorders where aggressive behavior is common.5

Research suggests that IED may be linked to impaired serotonin activity in the brain regions instrumental in the regulation of aggression. Damage to the prefrontal cortex (which is linked to judgment and self-control) may also be associated with IED.5

Individuals with first-degree relatives who suffer from IED also appear to be at significantly increased risk of having the disorder themselves.5 Environmental factors are likely to play a large part, as well. Physical abuse in childhood has been found to be a significant risk factor for the development of intermittent explosive disorder.6 A study published in the journal Psychiatry Research also found low relative measures of parental care (via self-report using the Parental Bonding Inventory) among individuals with IED.7

Substance abuse is not a known risk factor for the development of IED. However, it is a risk factor for aggression and violence. Hence, the reason that, when making a diagnosis of IED, the episodes of aggression cannot be otherwise accounted for by substance abuse.8 On the flipside, having IED does make someone more likely to abuse drugs and alcohol.

Substance use disorders are at least 3 times more prevalent among individuals affected by IED than the general population, per the American Journal of Psychiatry. In most cases, the onset of IED happens at an earlier age than that of the substance use disorder.9

Substance use can create volatile mental states that can increase the risk of violent outbursts in those with IED, and so people suffering from this disorder are advised to avoid becoming intoxicated by alcohol or drugs.3

Acute intoxication is not the only issue. Chronic abuse of alcohol may be associated with progressive cortical degeneration, which could further exacerbate issues with impulsivity.10

How to Deal with Intermittent Explosive Disorder

Often, people with IED are not likely to seek treatment until a sufficiently violent episode forces them to seek help, for example if an incident results in legal trouble. Others may not get the necessary help until they seek treatment for another problem, such as a drug or alcohol addiction.5

The worst thing someone with IED and/or a substance use disorder can do is try to ignore either issue.

The worst thing someone with IED and/or a substance use disorder can do is try to ignore either issue. These problems won’t go away or get better on their own. In fact, leaving a mental health disorder untreated may allow it to fester and get even worse. IED symptoms may become more intense, and episodes of anger and rage may increase in frequency.

Similarly, an untreated addiction may progress to the point where it causes major health problems, relationship troubles, legal peril, financial woes, and more. 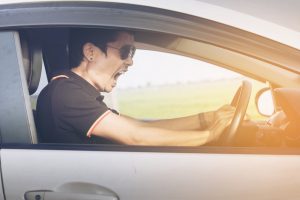 Having an intermittent explosive disorder is also a risk factor for depression and anxiety.11

The journal Psychiatry Research reports that 12.5% of individuals with IED in a 2008 study had attempted suicide at some point in their lives, and 7.4% had harmed themselves in other ways such as cutting.12

People suffering from IED may find themselves engaging in episodes of road rage that may turn deadly (especially if one or the other participant has a gun or other deadly weapon) or may end up being violent with a domestic partner.4

On the career front, having IED can seriously complicate a person’s work life. Given how extremely violent episodes of IED can be, it may only take one event to lose your job.

Ongoing drug or alcohol abuse can harm the body in many ways. Physical health almost always deteriorates to some degree as addiction worsens.13 If the person is lucky, many of the effects will be reversible over time, but some may not.

Substance abuse can also have adverse effects on a person’s mental health and make it more likely a person will develop a mental health disorder.14

Relationships may suffer as well, as the continued drug or alcohol use could create or add to conflicts and resentment among family members, spouses, children, and other loved ones.

Like IED, addiction can also create severe professional problems. As a person’s priorities shift to the point where drug or alcohol use tops the list, attendance at work may decline and performance may suffer significantly.

Financial woes could also develop as the person begins spending more and more money on obtaining their drug(s) of choice. Should job loss occur, financial losses may be even more devastating.

How to Treat Intermittent Explosive Disorder and Addiction

There are several types of treatment for both IED and substance use disorders. Both problems may benefit from a combination of medication and therapy. SSRIs (selective serotonin reuptake inhibitors) may be prescribed to manage IED. Fluoxetine (Prozac) is often prescribed as a first-line medication for people with IED and studies support its efficacy.3Substance use disorders are also sometimes treated with medication (such as methadone or buprenorphine for opioid disorders, or acamprosate for alcohol use disorders).15

Cognitive-behavioral therapy (CBT) has also been shown to be effective for people with IED. One study found that individuals with IED who participated in individual and group CBT sessions saw a significant reduction in impulsive aggressive behaviors.3 Because CBT teaches new skills to react to stimuli and triggers, it is also very useful in the treatment of substance abuse. In fact, CBT is a very common approach to treating substance use disorders, both as a standalone intervention or as a part of a combination strategy, such as medication-assisted treatment (therapy + medication).16

It’s essential that both the IED and the addiction are addressed during treatment for the person to find recovery. For example, if only the substance use is addressed, rising feelings of tension and rage associated with IED or the feelings of shame and embarrassment that arise after an episode of aggression may severely compromise a person’s sobriety. Treatment programs which help people with co-occurring substance use and mental health disorders can be enormously beneficial for those suffering with IED and addiction and help restore stability and peace to their lives.

Paying for Treatment of IED and Addiction

Unfortunately, concerns about treatment costs can keep people who suffer from substance use and co-occurring disorders from reaching out for the treatment they need. However, this does not need to be the case. With the expansion of insurance coverage for mental health and substance use disorder treatment by the Affordable Care Act and the Mental Health Parity and Addiction Equity Act, paying for rehab with health insurance is much easier today than it was in previous years.

Our drug and alcohol rehab in Grand Prairie, TX is in-network with many major health insurance plans. To see if your plan covers addiction treatment, you can simply enter a few basic details in our to receive results in minutes.

You can also call us at to discuss other rehab payment options or to learn more about our rehab admissions process.