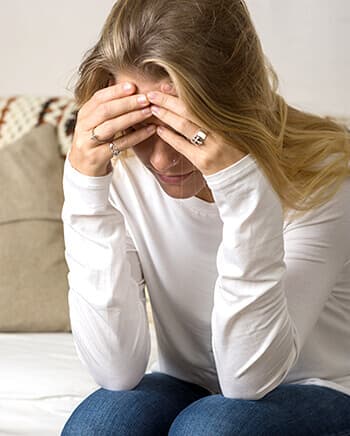 Dextroamphetamine is the generic active ingredient in the branded drug Dexedrine. Like Adderall (a combination of dextroamphetamine and amphetamine), Dexedrine is a central nervous system stimulant that belongs to the amphetamine class of drugs. It’s indicated for the treatment of narcolepsy and  attention deficit hyperactivity disorder (ADHD) helping to alleviate the following ADHD symptoms:1,2

Researchers remain uncertain as to the precise biological cause of ADHD, although brain imaging studies have helped scientists better understand the underlying brain networks and subsystems that contribute to the disorder’s complexity; and these studies also reveal how Dexedrine and other ADHD drugs work to correct some of the atypical brain functioning.3

Amphetamine analogs, such as Dexedrine, are safe and effective first-line treatments for both childhood and adult ADHD.2 Dexedrine is addiction-forming and has a Schedule II designation under the Controlled Substances Act. In other words, it’s accepted for medical use, but it also has a high potential for abuse.4

College students are at higher risk of non-medical use of CNS stimulants like amphetamines, with increased risk associated with the following:7

High school and college students cite academic motivations as their primary reason for misuse of amphetamines and other CNS stimulants. Weight loss and trying to achieve a “high” are other reasons for abusing these medications.7

Although the evidence supports that those without ADHD may experience some cognitive benefit from using a CNS stimulant, it is also associated with a lower GPA, which suggests it actually hinders academic performance in students without ADHD.7

An individual can get started on Dexedrine abuse—or the abuse of other prescription stimulants—through a number of known pathways. In some instances, individuals who are lawfully prescribed this drug for a diagnosed condition like ADHD may begin to take too much of the drug, such as taking high doses during a short period or frequently taking smaller doses. In other instances, individuals may not have a diagnosis for which Dexedrine is indicated but may obtain this drug from doctors through subterfuge or from friends, neighbors, or the illicit street drug market.

When Dexedrine is taken as prescribed by a physician there’s less potential that the patient will develop an addiction to this drug. The patient may develop a physical dependence, but this condition is not synonymous with a psychological addiction.

Individuals who take Dexedrine under the care of a prescribing doctor aren’t immune from abusing the drug in an attempt to feel a “high,” although studies show it is rare.8 Diversion of the medications from patients to their classmates and colleagues, however, remains a problem.8,9 Diversion is when medication prescribed for one individual is sold, given to, or taken by another individual.9

Signs and Symptoms of Dexedrine Use and Addiction

If a person takes Dexedrine or any prescription amphetamine for any reason not related to its clinically proven therapeutic effects for certain health conditions, there’s a considerable risk of addiction in addition to a host of life-threatening side effects that the individual wasn’t screened for by a physician. For example, structural cardiac abnormalities, cardiomyopathy, serious heart rhythm abnormalities, or other serious cardiac problems combined with CNS stimulants—even at therapeutic levels—is a known cause of sudden death.1

Initial effects (usually desired) after taking 5-60 mg of Dexedrine include:1,2

Adverse side effects that may be experienced after taking Dexedrine include:1,2

Rare but serious adverse effects include:1,2

Adverse reactions are more likely to occur with continued misuse of Dexedrine. Chronic users may increase their dosage to dangerous levels and could experience signs and symptoms of a Dexedrine overdose:1,2

Long-term misuse of dextroamphetamine (Dexedrine) and other amphetamines has been shown to damage dopaminergic nerve terminals.10 Although this damage may not be permanent, it may result in long-term cognitive deficits and mood disorders such as depression.11

Polydrug Use and Addiction

Although some people misuse Dexedrine in an effort to increase attention or improve concentration in order to study, nonmedical use often occurs in conjunction with alcohol and other substances (with males more likely than females to engage in instances of polydrug use).2

Some common signs of addiction to prescription stimulants such as Dexedrine as well as to other substances are:

There are often many stakeholders involved in a person’s health, such as family, friends, employers, colleagues, and classmates. In some instances, concerned individuals may have an intuition or actual evidence that substance abuse is occurring, but they may not know which exact drugs are being abused. A recognition of substance abuse, even short of knowing which substances are involved, signals the need that somebody may be struggling with addiction. It is good to know the treatment options available to you, your friend or your loved one. 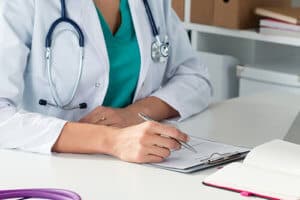 Abuse of Dexedrine and other amphetamines is associated with tolerance—or, the body’s need to use increasing doses of medication to feel its effects—and strong psychological dependence that’s difficult to treat. Reducing the dose or stopping use is associated with withdrawal, which generally produces fatigue, depression and social disability.11

Medical management of withdrawal, often referred to as “detoxification” or “detox” is typically the first stage of treating an addiction to Dexadrine and other amphetamines. This is followed by primary treatment and aftercare.

Medical management of stimulant intoxication, overdose and withdrawal is mostly supportive.2 Symptoms may be medically managed using medications, however, there are currently no FDA-approved drugs for treating addiction to CNS stimulants.2

The supervising medical staff may prescribe palliative medications, such as sedatives, muscle relaxers, or other psychiatric medications to help ease withdrawal symptoms, control cravings, and alleviate any feelings of anxiety, depression, or aggression.2

If a co-occurring mental health disorder is also present, additional medications may be prescribed for longer-term use.

Amphetamine addiction can be responsive to a host of evidence-based therapy approaches that will provide a person with healthy coping mechanisms and ways to deal with any psychological components that underlie a substance use disorder.

Typically, a treatment center that offers comprehensive services will provide clients with one-on-one counseling as well as group counseling. The therapist involved in the individual or group sessions may employ a variety of evidence-based therapies. Therapy modalities that may be used for individuals recovering from Dexedrine or other amphetamine addiction include but are not limited to:

Although therapy is a main pillar of treatment there are many supporting beams in the treatment framework. The following are supportive services that a substance abuse treatment program may offer:

Recovery doesn’t end when a person completes a structured substance abuse treatment program. Engaging in aftercare services, such as ongoing counseling and participation in group recovery meetings (e.g., Narcotics Anonymous or SMART Recovery), not only helps recovering individuals to avoid a relapse but also helps them build the infrastructure for a drug-free and fulfilling life.