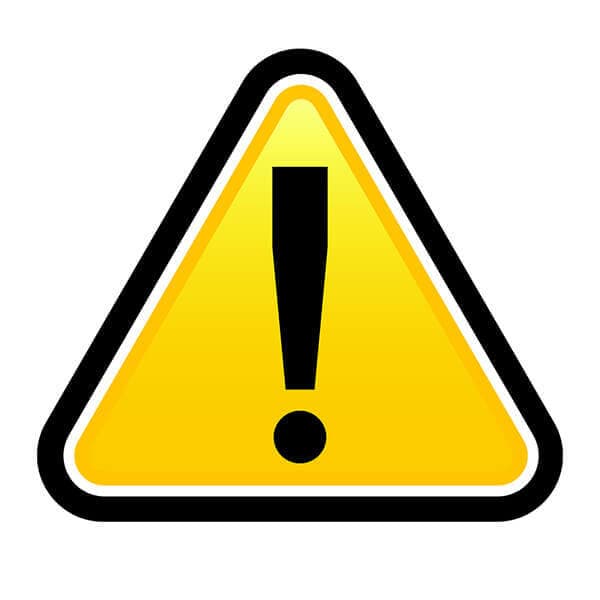 Around 22.7 million people needed treatment for a substance abuse problem in 2013, and only 2.5 million received it, the Substance Abuse and Mental Health Services Administration reports. It can be very difficult to watch a loved one slip away into the grips of substance abuse and addiction.

There are so many conflicting opinions on the right way to treat these cases. Should individuals be left to their own devices to hit rock bottom before real help is offered? What kind of assistance is helpful, and what is just enabling the substance abuse?

These are valid questions and concerns that most every family will have in this situation. Sometimes there’s no easy answer; everyone is different. What enables one person to keep abusing drugs may tangibly help the next person to quit. Sometimes families need direction from a professional to truly understand what they can do to help and to learn which behaviors don’t help at all.

But before families and friends can step in and offer the necessary help to someone who is struggling with addiction, they have to spot the problem. There are some general signs that someone may be abusing drugs or alcohol, and there are signs that are specific to certain substances of abuse.

The abuse of opiates like heroin and prescription painkillers is no secret in the US. According to the National Institute on Drug Abuse, 8,257 people died as a result of heroin overdoses in 2013 and another 16,235 died due to abuse of painkillers. Per Slate magazine, the average age of those who die from overdose is 39. The average age of onset for heroin use among those aged 12-49 is 24.5 years old, and it’s even younger for prescription opioid painkiller abuse at 21.7 years old, per SAMHSA.

Often, there are also other substances that play a role in overdose. Polydrug abuse is common, especially among those who abuse opiates. These individuals often abuse prescription benzodiazepines, too. Benzos are present in 50-80 percent of all heroin-related overdose deaths, the Journal of Drug and Alcohol Dependence reports.

How can someone tell if a loved one is at risk of becoming one of these statistics? The signs of opiate abuse include:

Alcohol is the most widely abused substance in the nation. Many people consider themselves to be nothing more than moderate drinkers when they are actually heavy drinkers. The National Institute on Alcohol Abuse and Alcoholism defines moderate drinking as no more than one alcoholic beverage per day for women and two per day for men.

In a society where wine with dinner every night or regular attendance at happy hour is commonplace, the lines have been blurred as to what really constitutes alcohol abuse. Signs of alcoholism include:

Nationwide, around 17 million people age 12 and older are affected by alcoholism in the United States, per SAMHSA.

Per SAMHSA, stimulant drugs were listed as a primary substance of abuse in 7 percent of all admissions to treatment facilities in 2012. These drugs include prescription stimulants and illicit drugs like cocaine, amphetamine, and methamphetamine. They are abused in order to achieve a euphoric high by way of increasing dopamine production in the brain and preventing reabsorption of the chemical, so the mind is flooded with the potent chemical.

Most people assume someone who is high on stimulants would be hyper, chipper, and fairly happy, but this isn’t always the case.

New users of drugs like cocaine might exhibit these symptoms while on the drug, but the crash when it wears off usually presents as extreme fatigue and even sadness. Individuals who have been abusing stimulants for a long period of time may be depressed and lethargic almost all the time when they aren’t using.

The National Criminal Justice Reference Service reports 628,000 people admitted to past-month use of ecstasy in a 2012 survey, and 440,000 reported past-month use of methamphetamine. Thus, while the number of people regularly abusing these drugs is small in comparison to many other drug classes, a large number of people are still at risk of the dangers of these drugs. 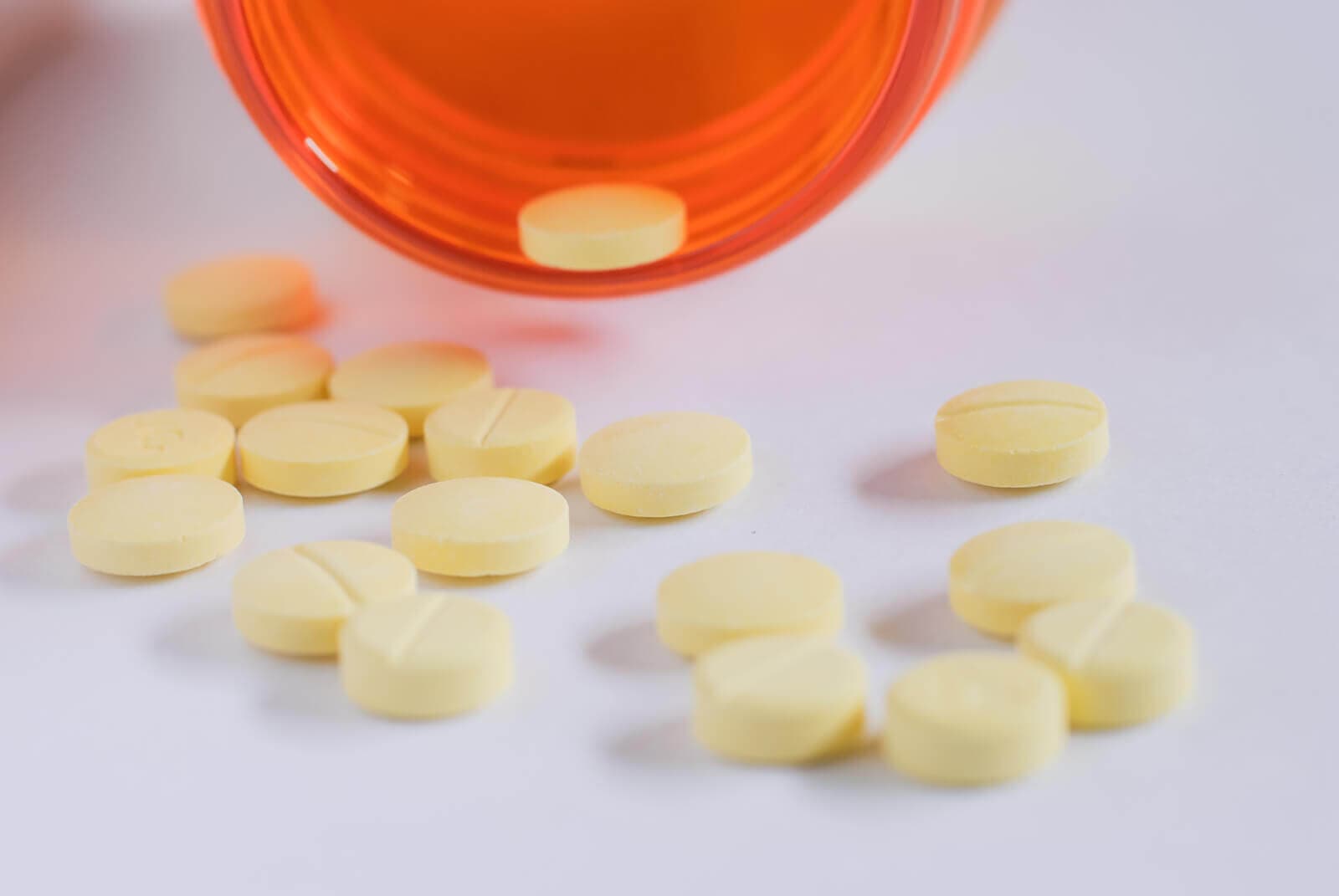 Benzodiazepine abuse is most common among individuals who have been prescribed the medication as a treatment for anxiety. A Journal of Psychiatry publication from 2008 reports some 112.8 million prescriptions were filled for benzodiazepines over the course of a year. Many people abuse their own prescriptions, while others may buy pills from street dealers or get them from friends and family members.

The intent is often to experience the euphoric high that large doses of benzos can bring, but some abuse them in effort to self-medicate symptoms of anxiety or to induce sleep. Many people assume that doubling or tripling doses will somehow equate to a deeper state of relaxation or intensify the calming effects that benzos like Xanax have on anxiety. In actuality, when abused in large doses, benzodiazepines can increase paranoia and worry in those who are already afflicted with anxiety. Signs of benzodiazepine abuse include sleepiness, poor motor coordination, a hostile or irritable attitude, vivid nightmares, trouble remembering things, blurred vision, and a lack of good judgment.

Barbiturates are abused far more often than most people realize. Found in nearly one in every three homes in America, the Global Information Network About Drugs reports around 19 million prescriptions are filled for these drugs each year. Most often, the intent is to induce sleep in individuals suffering from insomnia.

Barbiturates present serious risks to those who abuse them, such as respiratory distress, fatigue so extreme one could fall asleep while driving, and decreased cardiac output.

The most addictive of all barbiturates – phenobarbital – sent 1,493 people to the emergency room in one year, In the Know Zone reports. If a loved one is speaking very slowly, taking shallow breaths, staggering about, and seems to be quite tired and listless, the person may be abusing barbiturates.

Synthetic drugs are a growing problem among the American population. The National Institute on Drug Abuse accounted for 11,406 people being treated in emergency rooms across the nation in 2010 for events stemming from the use of synthetic marijuana.

Contrary to popular belief, synthetic drugs have been around for many years, but a major resurgence of these drugs came in late 2008 when bath salts created a media firestorm in the United States after an initial seizure of them in Ohio. Stories of cannibalism and other extreme behaviors among those who ingested the temporarily legal substances splashed the pages of media outlets and left people in fear of those who use the drugs.

While the Synthetic Drug Abuse Prevention Act was passed in 2012, making then-current synthetic drugs illegal to import or use, new varieties are brought into the country every day. These new creations make use of legal loopholes so they are technically legal – at least for a short period of time until the law catches up to the new varieties. As a result, people are still using these drugs – legally or otherwise.

The most common signs that a loved one is abusing synthetic drugs like Spice or bath salts are:

Inhalants generally cause a short but intense high for users. Inhalants produce their effects similarly to the way other nervous system depressants do, by flooding the brain with dopamine, which produces a calm state of euphoria. That being said, a blue state of depression often follows. The signs of abuse include poor motor skills, dizzy spells, lightheadedness, hallucinations, delusions, and slurred speech. Depending on the chemical composition of the substance being inhaled, some people may sleep for hours on end and exhibit a lack of control over their behavior. This often leads to impulsivity that is out of character for the individual.

NIDA reports 21.7 million people have used inhalants at some point in their lives. Adverse reactions are common with inhalants, and the ultimate side effect – death – can easily occur even during someone’s first attempt at getting high this way.

Around 22 percent of people who die as a result of sudden sniffing death syndrome had never inhaled a substance before, the Foundation for a Drug-Free World states.

Last but not least, hallucinogens like LSD and dissociative drugs like PCP are generally abused for their ability to produce euphoric and intense highs that allow people to experience what some would describe as an altered level of consciousness. Sadly, some lose consciousness entirely while using these drugs. The dangers don’t stop there either. Hallucinogens and dissociative drugs can both cause extreme mood swings that often lead to violent and self-harming behaviors. The trip these drugs take people on frequently encourages them to use more of the substance, thereby increasing the risk of overdose.

When trying to determine whether a loved one might be using these drugs, look for the following signs and symptoms of abuse:

Fortunately, there are thousands of treatment facilities all over the United States that specialize in rehabilitating addiction. When a loved one shows signs of dependency, such as tolerance, withdrawal symptoms, and recurrent problems stemming from substance abuse, it’s clear that the person needs help. Often, the person may need encouragement to seek the level of care that is necessary to effectively address the issue. Whether this stimulation and support comes from family alone or with assistance from professional interventionists, the symptoms of substance abuse that are present should not be ignored.