Khat (Catha edulis) is a stimulant derived from an evergreen flowering tree with the same name which is native to East Africa and the southern Arabian Peninsula. It has been cultivated and used for centuries in Yemen, Somalia, Madagascar, Kenya and Ethiopia and is grown and used to a lesser extent in Uganda, Tanzania, Rwanda, Zimbabwe, Zaire, Angola, Malawi, Mozambique, Zambia, Swaziland and South Africa.1,2 There are an estimated 20 million Khat users worldwide and Khat chewing rates are estimated to be as high as 15% in Ethiopia and 90% in Yemen.

The two active compounds in khat are both on the U.S. Drug Enforcement Administration’s drug schedule; cathine is a Schedule IV stimulant, and cathinone is a Schedule I stimulant under the Controlled Substances Act, meaning that it has a high potential for abuse, no currently accepted medical use in treatment in the U.S.3

Synthetic cathinones, popularly known as “bath salts” are all synthetic analogs of cathinone which is naturally found in Khat: 3,4-methylenedioxypyrovalerone (MDPV), mephedrone, and methylone.1 Cathinones are structurally similar to methamphetamine and MDMA (ecstasy).4

There’s concern for communities where Khat use has been normalized due to availability and prevalence, as it has become apparent that psychological dependence can lead to problematic use beyond social and religious purposes.4,5,10 Regular use of khat may also be accompanied by serious long-term side effects and has been linked to cardiovascular problems as well as a risk of periodontal disease.2,6 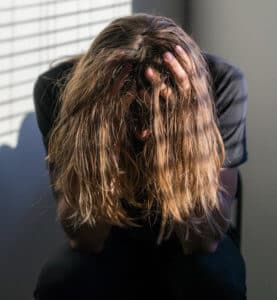 Khat has a long history of use in social and cultural practices in the areas where it is grown and used to increase concentration and performance during trading, farming, academic and leisure activities.5 In its natural form, it is chewed and then kept in the cheek for several hours, which releases the stimulus trapped in the plant.1

Khat is known for its stimulant effects. Moderate use reduces fatigue, increases functioning and socialization and reduces appetite.1,5 Chronic and heavy khat use has been linked to symptoms of psychosis and paranoid ideation1,4 as well as risks to cardiovascular and periodontal health.2,6

In addition to its stimulant-like effects on the central nervous system, physical effects of using khat include:

Long-term khat use increases physical stress on the body, especially on the heart. According to Circulation, a publication of the American Heart Association, khat users may be more likely to be diagnosed with acute coronary syndrome, even without other cardiovascular risk factors.8 A meta-analysis of data from 10 peer-reviewed publications suggests that khat may have a causative or worsening effect on stroke, myocardial infarction and heart failure.2

Khat may also contribute to severe liver disease, although it appears that the liver may recover from damage following cessation.9,10

Given the negative health effects of chronic or heavy use, efforts are now underway to better define problematic use, which may be as high as 20% in Ethiopia and 80% among all khat users.5

Habitual khat users appear to develop a withdrawal syndrome that makes quitting khat difficult.11 Withdrawal symptoms are typically felt the day after quitting and intensify for the first week after cessation. These symptoms include:5,11

Studies in places where khat is prevalent have linked khat chewing with impaired driving7,12,13 and its use has been associated with road traffic accidents, a higher rate of traffic violations and poor compliance with wearing seat belts.12

Comprehensive addiction treatment may be helpful in cases of problematic khat use where users find it difficult to quit. There is no one-size-fits-all treatment for addiction, and it’s important to find a well-equipped treatment program that offers customized and individualized care to each patient.

It’s never too late to reach out for help. Call us today at to learn more about rehab treatment in Fort Worth, Texas.

khatstimulants
Prefer getting help via text?
We're available 24/7 via text message. Signup below for access to our team when its convenient for you!
and many more...
Your Next StepsRecovery is possible. We're here to help with your addiction.