Mouthwash, Rubbing Alcohol, and Other Household Items of Risk 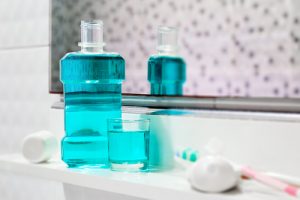 Manufacturers add alcohol to mouthwash because it helps to dissolve other key ingredients and make a more consistent product. It also helps to penetrate plaque that might be built up on teeth.

To avoid the federal excise tax that the government levies on all alcoholic beverages, manufacturers modify the ethanol before adding it to mouthwash and convert it to specially denatured alcohol.

Denatured alcohol isn’t fit to be consumed, but that doesn’t deter those who are struggling with sobriety from drinking it.

Original Listerine Antiseptic Mouthwash contains 26.9 percent alcohol, which means it is 54 proof and more potent than wine, beer, and some liquors.1

Because mouthwash is fairly cheap and easy to purchase without arousing suspicion, many people who struggle with addiction to alcohol find themselves turning to it when they feel as though they have run out of options.

Rubbing alcohol, or isopropyl alcohol, is a common staple that many people stock in their medicine cabinets at home. It’s often used as an antiseptic for cuts and scrapes. For someone with an addiction to alcohol, rubbing alcohol might seem like a tempting way to curb their cravings for alcohol.

People who drink rubbing alcohol likely do so for the same reasons that they drink mouthwash: it’s cheap, inconspicuous, and readily available. However, it’s also incredibly dangerous. The US National Library of Medicine directs people to call the National Poison Control Center at the first sign of isopropyl overdose because if left untreated, isopropyl poisoning can lead to brain damage, bleeding, and kidney failure.2

In addition to consuming mouthwash or rubbing alcohol, someone struggling with sobriety may also abuse other household items. For example, certain cleaning supplies, paint thinners, and perfumes contain isopropyl alcohol and can result in feelings of inebriation, followed by dangerous side effects.

Other items that pose a risk include cough and cold medications. Family members should be aware of the potential for relapse even if there is no alcohol in the house and should take measures to make sure these kinds of items aren’t in the house.

Abusing Mouthwash and Rubbing Alcohol in the Workplace

Many people who abuse alcohol, including mouthwash and other non-beverage alcohols, might think that no one is noticing they’re using alternative liquids to search for a feeling of inebriation. However, that’s rarely the case. Drinking mouthwash is an easy way to abuse alcohol in the workplace.

Employees may also use mouthwash after drinking other alcoholic beverages to cover up the smell, so this is something that all supervisors should be aware of. Family members should also keep an eye on recovering loved ones because excessive use of mouthwash could indicate that they are not fully committed to sobriety just yet.

The United States Office of Personnel Management (OPM) reports that the effects of alcoholism manifest themselves in various ways in the workplace.3 For example, absenteeism is roughly four to eight times higher among employees who abuse alcohol.

Even more alarming is that on-the-job injuries are more prevalent among this demographic as well. For all of these reasons, seeking treatment for alcoholism helps the individual as well as employers and society in general. Family education on issues like use of mouthwash and rubbing alcohol in recovering addicts can help those struggling with their addiction to remain safe and sober.

Are you ready to reach out for help and start the alcohol addiction treatment process? If you or someone you love is struggling with addiction and are ready to take the first steps towards recovery, call us today at .

Greenhouse Treatment Center, American Addiction Centers’ alcohol rehab center in Dallas, is ready to help you get the treatment you need today. 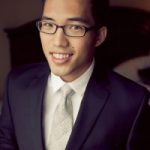 Brian Wu, MD
Contributing Medical Editor
Brian Wu is an MD/PhD graduate and current psychiatrist. He is interested in transforming complex medical topics into material accessible for all. He … Read More
Read Our Editorial Policy

alcohol
Prefer getting help via text?
We're available 24/7 via text message. Signup below for access to our team when its convenient for you!
and many more...
Your Next StepsRecovery from alcoholism is possible. Let us help you.