DMT, or dimethyltryptamine, is a chemical that occurs both naturally in plants and can also be synthesized in a lab. It has been used for spiritual purposes by indigenous people in Latin America for hundreds of years and gained popularity as a recreational hallucinogen in the U.S. in the 1960s.1-3

Hallucinogens are drugs that distort a person’s perceptions of reality. While under the influence of a hallucinogen, people report intense emotional feelings and seeing images, hearing sounds and feeling sensations that seem real but are not.2

Synthetic derivatives of DMT can be purchased in tablet or powder form. DMT is typically smoked when it is consumed recreationally. Injection is also common, and it can also be insufflated nasally (snorted).4 When consumed orally it’s inactive unless it’s combined with a monoamine oxidase inhibitor (MAOI).3

DMT also occurs naturally in several plants found in Latin America. Ayahuasca, which translates to “the vine of the souls,” is probably one of the best-known plants for DMT use. Indigenous tribes of the Amazon have traditionally brewed a mixture of the leaves and stems of the plant and drink it as a tea for ritual and medicinal purposes.4

DMT was designated a Schedule 1 controlled substance by the U.S. Drug Enforcement Agency’s when the Controlled Substances Act was passed in 1971.3 Schedule 1 substances are defined by the DEA as drugs with no currently accepted medical use and a high potential for abuse.5

According to the National Survey on Drug Abuse and Health, an estimated 2.8 million people used tryptamines such as DMT in 2018, up from 2.6 million in 2017 and continuing a trend of increasing prevalence over the past several years.6,7

DMT Effects on Mind and Body 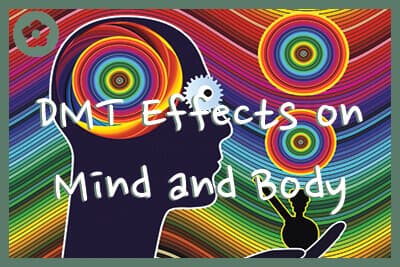 According to the National Institute on Drug Abuse, tryptamines such as DMT affect the brain through the serotonin pathway.8 Serotonin is a neurochemical that has a number of functions in the body, but it’s also considered to have a role in feeling happy and in a person’s general sense of wellbeing. It affects both mood and cognition, and it can have an effect on memory. Tryptamine is also produced in the human body and plays a fundamental role in much of its central nervous system regulatory processes.9

DMT is quickly absorbed and subsequently distributed throughout the body and the brain. It is short-acting, and when consumed as a tea, the drug’s effects appear within 60 minutes, peak at 90 minutes and last for approximately 4 hours.1,2 When injected as a synthetic, maximum intensity is experienced after only 5 minutes post-injection with intensity decreasing over the next 30-45 minutes.3,4

Short-Term Effects: The desired psychological effects include visual hallucinations, auditory distortions and an altered sense of time and body image. These effects come on rapidly, which can be frightening to some and may lead to unintended injuries.

There is also risk for developing hallucinogen persisting perception disorder (HPPD). In both persistent psychosis and HPPD, the person may experience visual disturbances when not using the drug; these may include seeing halos around objects, seeing trails attached to moving things, or even having vision clouded by something like the static on television screens.8

Persistent psychosis can also result in:8

High doses or overdoses of DMT may lead to:2

Unlike other classical hallucinogens such as LSD, psilocybin or mescaline, DMT does not induce tolerance.1,10 In other words, the body doesn’t become dependent on DMT to function properly.

It is, however, still possible to develop a psychological addiction compelling an individual to continue to use DMT. Addiction is characterized by specific behaviors defined in the Diagnostic and Statistical Manual of Mental Disorders:12 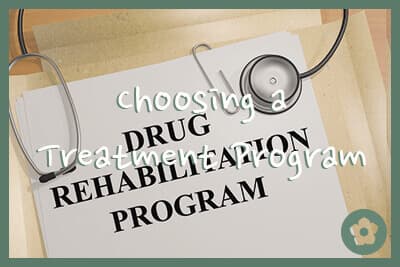 When selecting a treatment program, certain factors can determine the program most likely to help the individual recover from DMT addiction. Primary among these is to make sure that the program is based in research that demonstrates the ability of the treatments to have positive outcomes.

Principles of Drug Addiction Treatment: A Research-Based Guide demonstrates the treatments shown by scientific research to offer the individual the best chance to achieve recovery.13

By seeking a program that meets the principles described in the guide, the individual will have a better chance at gaining the knowledge, skills, and therapy needed to recover from DMT abuse and addiction.

A reliable, reputable treatment facility takes the individual’s specific needs into account when planning treatment, as emphasized by the Principles of Drug Addiction Treatment: A Research-Based Guide. This includes:13

By taking these factors into account when creating the individual’s care plan, treatment professionals are more likely to identify appropriate therapies and treatments customized to these needs. No treatment fits all individuals; picking the ones that fit the individual’s personal situation increases the chance that the person will achieve and maintain recovery.

Other factors that contribute to selecting the right type of treatment program can include outside factors that may affect how treatment will work for the individual. While most treatment programs are designed around the person’s mental and physical health issues, that sometimes may not be all that affects the outcome.

The key is that all aspects of the individual’s life should be taken into account before treatment is selected. The intake specialists at reputable facilities that practice evidence-based management and treatment of addiction can help to determine the program that aligns with the person’s best interest.

In any case, treatment is the first step toward helping a person who is struggling with DMT abuse or addiction get on the path to recovery.

Don’t let your addiction reach rock bottom. If you or someone you love is struggling with the devastating side effects of addiction and are unsure of where to turn, call us today at . Greenhouse Treatment Center, American Addiction Centers’ drug rehab facility in Texas, is ready to help you get the treatment you need today.