What to Do During a Heroin Overdose

If a person is suspected of overdosing on heroin or any opioid, immediately call 9-1-1 and summon emergency medical personnel.1 If you have naloxone, administer it as soon as possible.2,3

If you must run to call for help or get naloxone and it will mean leaving the person alone, put them in the rescue position with their top arm and leg positioned across the body to keep them from choking in case they vomit.1 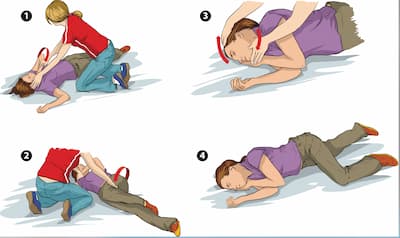 Stay with the person until emergency responders arrive.2

Taking large doses of heroin can slow or stop the body’s breathing. When this happens, the brain soon becomes deprived of oxygen in which can lead to coma, brain damage, or death.5

Several factors may increase a person’s risk of overdosing on heroin:

A drug overdose is a wakeup call, as it is often a strong indication of addiction and a sign that treatment is required.

Many emergency department clinicians will now discuss addiction treatment options with patients who have overdosed on heroin, and some will even put them on the path to sobriety by initiating medications for opioid use disorder.14

Greenhouse Treatment Center has the experienced and licensed medical staff to help patients undergo treatment specific to their needs. If you find that you’re struggling with the misuse of heroin, options are available. Together we can help you reach long-term sobriety one step at a time.

Don’t let addiction take control of your life any longer. Call us today at to learn more about our comprehensive drug treatment program in Texas at Greenhouse Treatment Center.

heroinopiateoverdose
Prefer getting help via text?
We're available 24/7 via text message. Signup below for access to our team when its convenient for you!
and many more...
✕
Instantly Check Your Insurance Coverage
Your information is safe & secure
At Greenhouse, we accept most types of private (non-government) insurance and offer a variety of payment options.
You can quickly and privately check your insurance benefits to see if you're covered for addiction treatment services. We’ll be able to tell you if your provider is in network with Greenhouse Treatment Center and all American Addiction Centers locations.
This means your treatment may be FREE1 depending on your policy, copay, and deductible.
Your Next StepsRecovery is possible. We're here to help with your addiction.