Understanding the Risks of Smoking Heroin

Taking heroin in any form can be dangerous, even on the first try. Generally, heroin is ingested via smoking, snorting, or injecting it directly into the veins. People smoke heroin by heating up the white powder in a pipe or other instrument and inhaling the vapors into their lungs. Users may prefer this method to others because it is perceived to be less dangerous than other methods, particularly injection. This may be due to the fact that heroin use in the media is often shown as occurring via injection, with users “shooting up” with dirty needles. Though there are special risks involved in the intravenous method, smoking heroin also comes with its own particular issues.

Smoking is also often a popular method of use with any drug due to the fact that it gets the substance to the brain faster than any other method. If a person snorts or injects the drug, the substance first travels to the lungs so the blood can be oxygenated there before it’s sent to the brain. If it’s smoked, the drug goes straight from the lungs to the blood to the brain, causing a high in a minute or less. This fast delivery system tends to result in the greatest “rush” of euphoria.

The downside to this is that it increases the risk of overdose and addiction. The decrease in time between the action and the reward increases the brain’s association between the two, therefore increasing the desire to repeat the behavior. This is a key component of addiction, and addiction to heroin is on the rise in the US. According to the National Institute on Drug Abuse, the number of people dependent on this drug doubled from 2002 to 2012.

In the midst of the opioid crisis, Greenhouse Treatment Center is dedicated to helping those struggling with heroin addiction. With multiple types of treatment from detox to residential to outpatient, you can find recovery here.

Can You Overdose from Smoking Heroin?

At the same time, all that heroin reaching the brain at once has the most intense effect on the body, including the respiratory system, which is slowed by this potent opioid. This respiratory depression is the most dangerous component of a heroin overdose. If a victim’s breathing slows too much, they may not be able to get enough oxygen to the brain, resulting in rapid cell death.

Symptoms of a heroin overdose include:

While overdose from heroin may indeed be deadly, quick intervention saves a lot of people. Anybody exhibiting signs of a heroin overdose should be immediately rushed to an emergency room.

Can You Die from Smoking Heroin?

In addition to the risk of overdose, smoking anything is hard on the lungs. Heroin in particular leaves users vulnerable to respiratory illness, including pneumonia, fluid in the lungs, and lung collapse – all of which can be or become life-threatening.

If it’s suspected that someone is smoking heroin, in addition to the standard signs of heroin use, you can look for burns on the lips from the hot pipe as well as unusual smoky smells. Small glass pipes are often used to smoke heroin, though many people use simple tinfoil and a small straw to suck up the smoke. Keeping tools to use hard drugs like heroin around is often a sign of addiction. 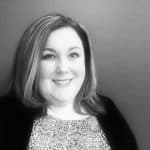 Lindsey Simpkins is a seasoned learning and development professional with more than 13 years of experience in adult learning, including instructional design, facilitation, talent assessment, leadership development and organizational development....Read More