Heroin is a powerful narcotic opioid that is often injected but is also commonly abused through inhalation (smoking) or insufflation (snorting).1 Powdered heroin can be snorted dry, while black tar heroin can be dissolved in water and placed into a medical spray bottle and “snorted”.2

Snorting heroin eliminates the stigma associated with needle drug use and does reduce some of the risks of injecting;3,4 however, snorting heroin is not safe and the potential for both overdose and addiction is not eliminated if you choose this method of use.5,6

How Snorting Heroin Affects the Brain and Body

When heroin is snorted and enters the bloodstream, it is quickly converted into morphine and binds to the body’s opioid receptors.7

Morphine blocks pain signals and affects the body’s rewards pathway, producing a sense of immediate euphoria and reinforcing the pleasurable effects of the highly addictive drug.8

What Are the Effects of Snorting Heroin?

The effects of snorting heroin include:7,8 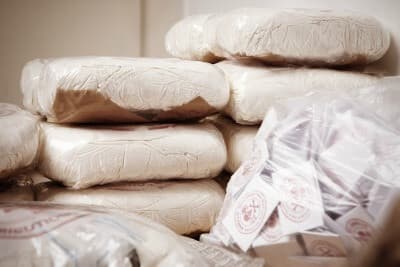 Heroin isn’t a commercially produced pharmaceutical drug, but rather one people must buy on the street, there’s never any guarantee that the substance someone is snorting is just heroin. Additives are commonly used as fillers and even other drugs that can further increase the risk of adverse effects.3

Although snorting heroin may reduce some health risks associated with injecting heroin (i.e. collapsed veins, bacterial infections of the blood and heart valves), repeatedly snorting heroin carries its own risks, such as damage the mucosal tissues in the nose as well as perforate the nasal septum—the tissue that separates the nasal passages.3,9

Overdose is another big risk that comes with snorting heroin.12, 13 An overdose can occur after taking just one dose.12, 13 It’s difficult for heroin users to be certain of the actual strength of what they purchase on the street, as heroin is increasingly being cut with fentanyl and other highly potent synthetic opioids.14,15 Between 2010 and 2017, the rate of heroin-related overdose deaths increased by almost 400%.14

Signs of opioid overdose include extremely slow and shallow breathing, pinpoint pupils, and confusion or unconsciousness.13

Following the initial high of using heroin, a person will go “on the nod” for several hours—a period of alternating between a drowsy and wakeful state.8 Breathing is often slow and shallow.8 Dry mouth, nausea, vomiting and severe itching can also be noticeable short-term effects.8

Snorting heroin may result in nosebleeds and irritation of the nasal passage. A chronically runny nose can indicate that snorting is occurring on a regular basis. Bacterial infections sometimes result as a consequence of exposing the mucous membranes in the nasal passage to the toxins in heroin.9

Someone snorting heroin may leave certain drug paraphernalia around. Snorting involves using a straw or rolled piece of paper (e.g., a dollar bill) to inhale powdered heroin through the nose.16  Razor blades may also be used to separate lines from a portion of powder.16  Black tar heroin is sometimes put into a medical bottle such as an eye dropper.2 You can check for these types of tools if you’re worried someone is snorting heroin.

Getting Help for Heroin Addiction 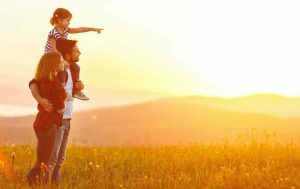 Heroin is a dangerous, deadly substance that claimed the lives of 14,996 people who overdosed on the drug in 2018.14 According to data compiled in 2019, approximately 438,000 Americans 12 years old or older struggle with heroin addiction.17

Starting the recovery process from opioid addiction and beginning treatment can be intimidating to individuals who are apprehensive about going through withdrawal. While heroin withdrawal can be extremely unpleasant, addiction treatment professionals can help make the process more comfortable through medical detox. There are several medications that may be administered by medical professionals to mitigate withdrawal symptoms and ease cravings.18

Following detox, addiction specialists can help a patient repair their harmful thought and behavioral patterns, form and maintain positive interpersonal relationships, and build the skills necessary to resist using heroin. In rehabilitation treatment, this is usually accomplished through a combination of medication and evidence-based therapy.19

Addiction is a devastating disease, but it’s not too late to get help. Please reach out to an admissions navigator at . They can talk you through the various levels of treatment and the care provided at American Addiction Centers’ Dallas, Texas rehab center, Greenhouse Treatment Center.

James Regan is a content expert at American Addiction Centers and Recovery First. He earned his bachelor’s degree from California State University San Marcos in English. James has written and edited content in digital media for several years, and now ... Read More

heroiningestionopiatesnorting
Prefer getting help via text?
We're available 24/7 via text message. Signup below for access to our team when its convenient for you!
and many more...
✕
Instantly Check Your Insurance Coverage
Your information is safe & secure
At Greenhouse, we accept most types of private (non-government) insurance and offer a variety of payment options.
You can quickly and privately check your insurance benefits to see if you're covered for addiction treatment services. We’ll be able to tell you if your provider is in network with Greenhouse Treatment Center and all American Addiction Centers locations.
This means your treatment may be FREE1 depending on your policy, copay, and deductible.
Your Next StepsRecovery is possible. We're here to help with your addiction.