Health Consequences of Opioid Use

Opioids are a class of powerfully addictive drugs causing pain relief, euphoria, drowsiness and slowed breathing. They are generally prescribed for treating short term pain, and even regular use can lead to dependence. When opioid medications are misused, a person puts themselves in danger of addiction or a deadly overdose.1

All opioids are related to chemicals derived from the opium poppy.2 Morphine and codeine are naturally occurring opioids derived from the opium poppy itself; they have been used for over a century to relieve moderate to severe pain.1,3 Many of the opioid medications used to treat pain today are synthesized from morphine or codeine. These semi-synthetics include oxycodone and hydrocodone-based drugs, like Percocet, OxyContin, Vicodin, Norco, and Lortab, as well as the street drug heroin and buprenorphine, which is a medication used to treat opioid use disorder. There are also synthetic opioids that are totally manmade and produced in a lab.2,3 They include the painkilling medications tramadol and fentanyl, as well as fentanyl analogues such as the veterinary large animal tranquilizer carfentanil, and also methadone, a medication used in the treatment of opioid use disorder and addiction. 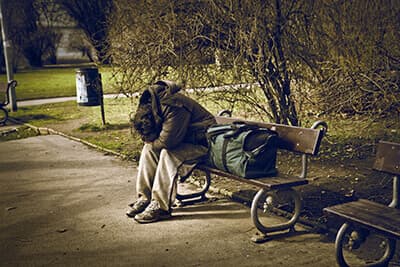 When the body experiences pain, naturally occurring opioids in the body called “endorphins” bind to opioid receptors to help dull and modulate pain.2 They also inhibit the body’s inhibitory neurotransmitter, which results in the increased released of dopamine, a neurotransmitter that plays a significant role in the brain’s reward pathway and essentially reinforces behavior. Opioid medications mimic endorphins by binding to opioid receptors leading to increased dopamine which encourages repeating the drug-taking behavior.2,4

All opioid drugs will lead to tolerance, which is the reduced response to a drug requiring higher doses to achieve the same effect. Opioids will also lead to physical dependence, at which point a person is susceptible to withdrawal symptoms should they stop taking or significantly reduce the dosage they are taking.4,5

Opioid tolerance and dependence are not the same as addiction. They are, however, factors that can contribute to developing an opioid use disorder.5 Once a person begins to struggle with opioid addiction, they not only experience withdrawal symptoms should they attempt to stop taking the opioid, but they are also unable to stop using opioids to the extent where they have social problems and experience other negative consequences in key areas of life, such as work, school, or family life.6,7

Short-Term Effects of Opioid Use

An individual using opioids as prescribed by a doctor feels their body is more relaxed and a sense of pain relief. If prescribed for a cough or for a bout of diarrhea, they may also get relief from these symptoms. For some, the relaxed and pain-free state results in a “high,” and many people abuse prescription opioids or take heroin to achieve this feeling.2

Although these drugs deliver pain relief, opioids also have other short-term effects that may be undesirable and potentially dangerous. These include:2,8

At high doses, opioids can cause the body to slow it’s breathing so much that a person loses consciousness. This can result in permanent brain damage or even death.2 Someone who has overdosed on an opioid, prescription or illicit, requires immediate medical attention. A drug called naloxone (e.g., Narcan, Evzio) may help reverse the effects of the opioid and restore a person’s breathing after an opioid overdose.2

Long-Term Effects of Opioid Use

A main risk of taking, and especially, of misusing illicit or prescription opioid drugs is, of course, addiction. Prescription opioid misuse is also a risk factor for heroin use, although it is rare that a person moved from being prescribed opioids to taking heroin.9 However, this is not the only potentially harm that can result from long-term opioid use.

There isn’t a lot of conclusive research regarding the long-term use of opioids, as prescribed, however, evidence suggests that long-term complications of regular use include overdose, opioid abuse, fractures, heart attacks, as well as problems with sexual function.10

There is evidence to suggest that misuse of opioids, particularly using opioids at higher doses than prescribed, or regular use of illicit opioids such as heroin, may result in myriad of potential long-term complications beyond overdose and addiction.3

When a person is determined to quit their addiction to opioids and chooses to enter treatment, it’s important that the patient has a voice in their treatment program. Clinical staff will discuss the patient’s individual needs based on a comprehensive physical and mental health assessment. Many of the conditions described above will be significantly diminished or disappear altogether as a person remains free of opioid use.3 Different care options are available, and the ongoing support, medication, and behavioral health therapy offered by a rehabilitation program will help strengthen your footing as you navigate the path of newfound recovery.

Help is just a phone call away. If you or someone you love is struggling with addiction and are unsure of what to do, call us today at or start admissions online. Greenhouse Treatment Center, American Addiction Centers’ drug rehab near Fort Worth, Texas, is ready to help you get the treatment you need today.

opiate
Prefer getting help via text?
We're available 24/7 via text message. Signup below for access to our team when its convenient for you!
and many more...
✕
Instantly Check Your Insurance Coverage
Your information is safe & secure
At Greenhouse, we accept most types of private (non-government) insurance and offer a variety of payment options.
You can quickly and privately check your insurance benefits to see if you're covered for addiction treatment services. We’ll be able to tell you if your provider is in network with Greenhouse Treatment Center and all American Addiction Centers locations.
This means your treatment may be FREE1 depending on your policy, copay, and deductible.
Your Next StepsRecovery is possible. We're here to help with your addiction.