What Is Morphine, and How Does Addiction Start? 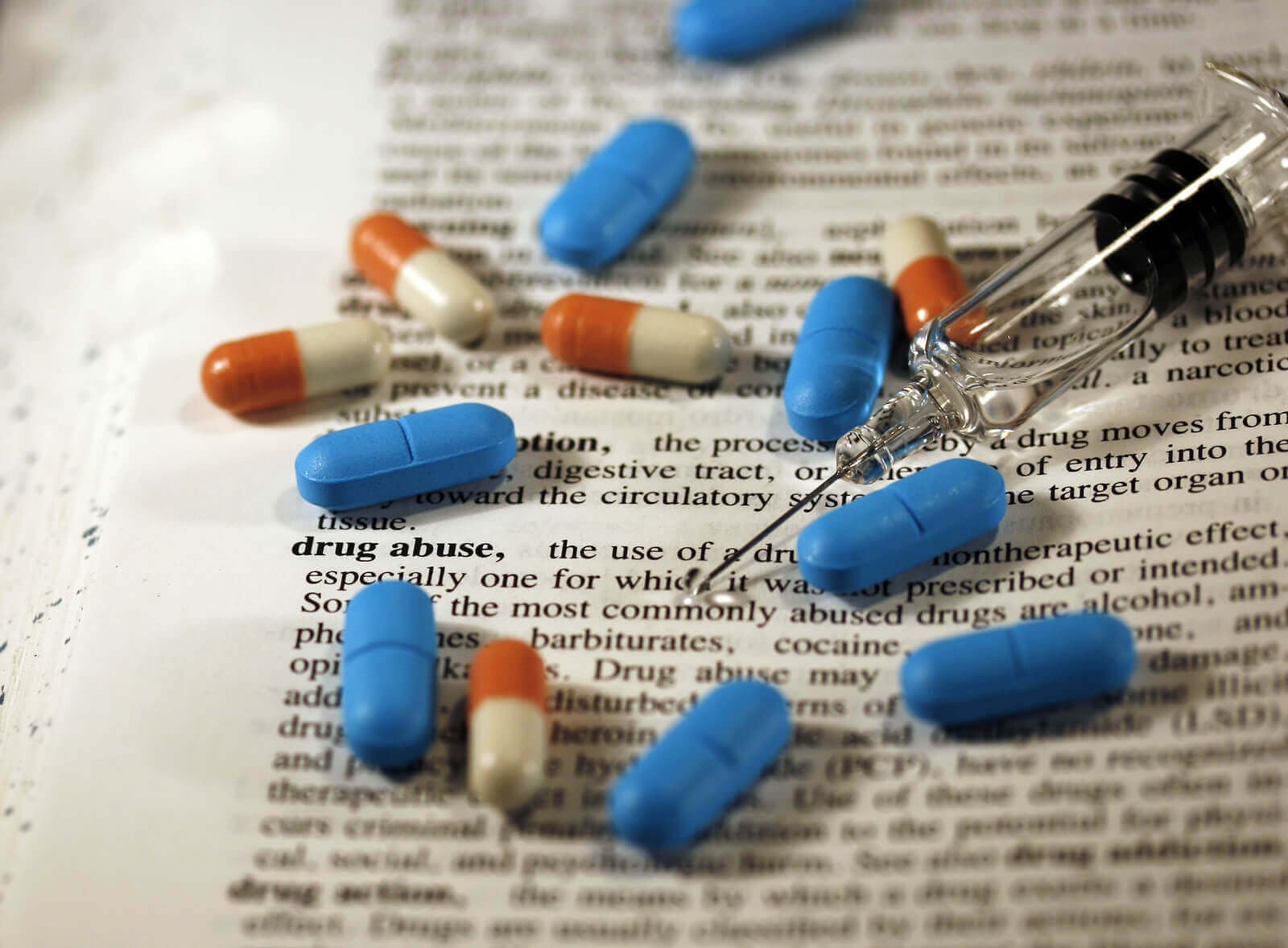 Morphine is an opioid painkiller, sometimes referred to as a narcotic, used to treat moderate to severe pain. It was first isolated from the opium poppy in the early 19thcentury and has since been commonly used in hospitals and emergency medical situations as a powerful and fast-acting form of pain relief and sedation. There are also slow-release forms of the drug that can be used to treat certain forms of chronic pain, as well as labor pains and myocardial infarction (heart attack).

Morphine works by blocking pain receptors in the brain and spinal cord. Due to its effectiveness, it’s considered be highly addictive and dangerous if not administered by a medical professional. Morphine overdose can quickly cause low blood pressure and a depressed respiratory system, leading to coma and death.

This substance is generally cheap, easy to obtain, and one of the most addictive opioids in existence. The human body rapidly develops a tolerance to morphine, meaning that once abuse begins, more is soon required to create the same effect. The fact that it also stimulates the production of certain pleasure-inducing chemicals in the brain means that it comes with a very pleasant high along with reducing pain. This makes it popular with recreational drug users. Once abuse has been ongoing for a long enough time that the body begins to become addicted to it, withdrawal symptoms from sudden cessation of consumption can be severe and dangerous, making it all the more difficult to quit.

It’s more common for individuals to use and abuse heroin, a drug synthesized from morphine, than the pure form of the drug. Around 4.2 million people 12 and older in the US had used heroin at least once by the year 2011, according to the National Institute on Drug Abuse.

Due to the highly addictive nature of morphine and the risks associated with withdrawal, quitting without professional medical help has a low success rate and can even lead to death. There’s an especially high risk of relapse overdose associated with morphine and heroin – after trying to quit, addicted individuals have a reduced tolerance to the substance, but go back to taking the same amount of the drug as they would have before attempting to quit. The result is too often severe overdose and death.

Morphine’s Effects on the Mind and Body

The human brain has natural opioid receptors that process the body’s own painkilling chemicals. When the body is injured, these chemicals are released rapidly in order to help the individual get out of whatever situation caused the injury and attempt to avoid going into shock – it’s a natural survival mechanism. Drugs like morphine exploit these receptors, activating the pain-blocking effects as well as additional responses designed to calm the person and create a feeling of pleasure. Some of these receptors are also involved in regulating blood pressure and breathing, which is why morphine overdose causes both of these to slow to a dangerous level until oxygen deprivation occurs.

When receptors in the brain are stimulated artificially in this manner, they become less sensitive in an attempt to compensate. There is mounting evidence that long-term use of opioids like morphine and heroin can cause long-term or permanent damage to the brain, making it so a person who once abused the substance has a lowered capacity to feel natural kinds of pleasure associated with things like human contact, eating good food, or seeing a beautiful sunrise. This can easily lead to depression and despair.

Both morphine and heroin are associated with a number of potentially deadly side effects and long-term health complications, including:

Using these substances while pregnant is also associated with low birth weight in newborns, which can lead to many complications. Infants can even be born addicted to morphine or heroin, causing neonatal abstinence syndrome – withdrawal in the newborn that can be deadly.

Kidney and liver disease are common in any individual who abuses a drug for a long period of time. These organs are designed to filter out toxins, but they can get overwhelmed during extended periods of abuse. This eventually causes scarring, which interferes with the organ’s ability to function, leading to eventual failure and death if a transplant cannot be obtained. In one study that tested the effects of morphine on mice, the mice’s kidneys experienced enough swelling that there was a 40 percent increase in size after six weeks.

Infection, abscesses, and collapsed veins tend to occur when morphine and heroin are taken intravenously. Infection at the needle site is especially common for heroin users, who often have inadequate access to clean equipment to use the drug. Either way, frequently injecting such harsh substances into the veins eventually wears them down. It also increases the risk of HIV and hepatitis B and C transmission.

Pulmonary complications, including pneumonia, are caused by the fact that morphine and heroin depress the respiratory system. When the lungs are underused, it’s easy for them to become infected, causing inflammation and fluid buildup. Other complications caused by substance use can effect the body’s ability to fight infection as well, making this even more dangerous.

The most common health problems associated with these substances are gastrointestinal problems. Morphine and heroin slow the body’s gastrointestinal system entirely, making it more difficult to get rid of waste. Difficulty urinating can also happen in some cases. These issues can result in frequent stomach and intestinal pain.

In an Australian survey, 38 percent of those who had injected morphine reported being addicted to the drug. Morphine addiction can develop very quickly – so quickly, in fact, that there have been plenty of cases of people becoming addicted while recovering in the hospital from serious injuries or from amputation.

It also comes in many prescription forms, including Avinza, Kadian, Oramorph, and MS Contin. Even if these are prescribed by a doctor, anyone who takes it for a month or more is at risk of becoming dependent on the drugs, and loved ones should keep a close eye out for signs of addiction.

When it comes to morphine addiction, the signs are basically the same as with any other substance. Sudden changes in mood and behavior, especially when they’re destructive, are signs of potential addiction. Others include:

These signs don’t always point to a substance abuse problem. It’s important to keep in mind that many of these are also symptoms of depression or other mental illnesses. However, when combined with the specific effects of morphine use, they should be considered to be red flags.

The high associated with morphine also produces the following side effects:

If you begin to notice these symptoms in a loved one in addition to the behavioral changes listed earlier, it could point to a morphine abuse problem.

It’s important to take these signs seriously, as morphine addiction can be quite dangerous. Overdose is alarmingly common with opioids as addicted individuals attempt to achieve the high they experienced when first using the drug by taking more and more of it.

If you notice any of the following symptoms in someone you suspect has a morphine dependence, seek emergency medical care immediately:

Treatment centers for opioid addiction, including addiction to morphine and heroin, are widely available across the US. Because addiction to these substances is both dangerous and often difficult to recover from, medical professionals are eager to help individuals who have become trapped in a cycle of dependence.

Unfortunately, there’s a lot of stigma around drug addiction, particularly when it comes to common “street” drugs like heroin. Because of this, addiction specialists are trained to sympathize with clients and withhold personal judgment. Medical professionals are also bound by doctor-patient confidentiality.

Morphine or heroin withdrawal can be extremely unpleasant. Aside from sometimes painful symptoms, it’s common for the addicted individual to experience intense cravings for the drug. These factors make quitting on one’s own particularly difficult, and anyone attempting to get on the road to recovery after developing a dependence on either of these drugs should strongly consider seeking professional medical help.

For people with a severe addiction or who have tried to quit and relapsed at least once, inpatient treatment, often referred to as rehab, is recommended. Clients stay at a specialized medical facility for 1-3 months on average.

Many of these programs start with a medically supervised detox program, in which the client is closely monitored for a period of about a week while the most intense withdrawal symptoms take place. Medical detox is always recommended for opiate withdrawal.

Withdrawal symptoms and cravings can be managed via a variety of medications. When it comes to morphine addiction, doctors often prescribe clonidine – a medication that effectively reduces the anxiety, cramping, sweating, and runny nose common with morphine withdrawal. Oftentimes, long-term medications are used for opiate detox; however, the use of these medications is determined on a case-by-case basis. For severe cases, doctors may use a prescription medication like methadone or buprenorphine to manage intense cravings. These drugs mimic the effects of morphine and heroin, but they are slower-acting and stay in the system longer, making them much less addictive and dangerous.

Outpatient care is a good option for those who have children or other family obligations, or who can’t take a leave from work for the duration of a rehab program. With outpatient care, medical professionals help the client plan a treatment course that often includes counseling, support groups, abstinence checks, job training, education, and crisis help. The client may attend treatment for a few hours each day and then return home each night. Many individuals progress to a less intensive outpatient program after an intensive inpatient rehab stay.

Once the initial treatment is completed, it’s important to continue working with support groups or 12-Step programs that provide ongoing assistance with cravings, situational temptations, and general life issues that can make it easier to relapse. Recovering individuals who stay involved with groups like these have a much better chance of avoiding relapse.

Any treatment plan you enter into should also take into account any co-occurring issues that might complicate treatment or increase the risk of relapse. People with mental illnesses are more likely to abuse substances and become addicted to them, while at the same time, drug abuse can create or aggravate mental health issues. Morphine addiction is often found to be co-occurring with mood disorders, sleep disorders, sexual dysfunction, and psychosis. Additional and ongoing therapy should be prescribed to individuals with these issues to avoid an increased risk of relapse.

When it comes to prescription drugs like morphine, it can sometimes be difficult to recognize that there’s a problem. Just because something was prescribed by a doctor, it does not make it safe or less addictive than other drugs like heroin that are obtained illegally. If you’re dealing with morphine abuse or addiction, please reach out for professional help. Recovery is within reach, and a brighter, healthier future awaits.