How to Treat Opioid Addiction

Prescription opioid and heroin addiction is one of the biggest public health problems currently facing the United Sates.1 In 2019, more than 1.6 million people struggled with an opioid use disorder, with an estimated 526,000 having a heroin-related opioid use disorder.2 That same year, close to 50,000 people died from opioid-related overdoses.3 In the 20 years spanning 1999 to 2019, close to half a million people died from opioid overdoses.

The consequences of opioid abuse and addiction are devastating. Fortunately, there are several effective treatment strategies and medications that are used to treat opioid addiction, giving people an opportunity to turn their lives around and enjoy fulfilling and long-term recovery.

How Do You Treat Opioid Addiction?

Opioid addiction is a chronic but treatable illness. There is no single “one size fits all” approach treatment.  Moderate to severe opioid use disorder often requires continuing care for effective treatment.  There are several forms of treatment for opioid use disorder, each with a strong evidence base.4 hey include: 4,5,6,7,8

Greenhouse Treatment Center provides each of the above levels of care, as well as medications. Call us to learn more about our treatment programs at . 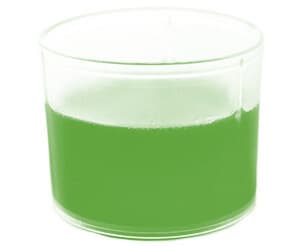 The American Society for Addiction Medicine (ASAM) describes addiction as a chronic, treatable medical disease that involves “complex interactions among brain circuits, genetics, the environment and an individual’s life experiences.”10

There are three FDA-approved medications for treating opioid use disorder: methadone, buprenorphine, and naltrexone.4

How Do Opioid Treatment Drugs Work?

Each of these drugs interact with the body’s opioid receptors in different ways:4,12

The use of naltrexone, which blocks the activation of opioid receptors, is typically not used during opioid withdrawal as it does not help to lessen the severity of withdrawal symptoms or reduce cravings to use opioids.4, 11 Naltrexone’s typically used to prevent relapse but only after complete detoxification.9 Naltrexone, unlike methadone or buprenorphine, has no abuse potential.13

Although it may seem counterproductive for someone addicted to an opioid to take another opioid-based medication, studies show that individuals with an opioid use disorder who undergo medical detoxification followed by complete abstinence are very likely to relapse or return to using opioids.12

Methadone, buprenorphine, and naltrexone have all been shown to increase the likelihood a person will remain in treatment, which in turn lowers risk of overdose, reduces risk of bloodborne disease such as HIV, and improves the likelihood of employment.14

Despite some risks (discussed below), long-term buprenorphine or methadone treatment is considered a critical part of successful opioid addiction treatment, and both medications have been proven to be safe and effective when combined with psychosocial treatment such as individual and group therapy, addiction counseling and referrals to mutual-help groups and other community services. 11

Methadone Use and Risks

When it comes to treating an opioid addiction, the traditional first-line of attack is methadone, an opioid agonist that’s been used since 1947 to reduce opioid use in individuals with an opioid use disorder.14

Methadone is recommended for individuals in a supervised treatment environment where daily dosing can be closely monitored. 11 Opioid treatment programs are required to monitor methadone administration to avoid misuse or illegal diversion.11

Methadone is not without its risks. As a full agonist, it can induce some of the same side effects as other opioids, and dosage must be carefully monitored by treatment programs to avoid over-sedation or overdose.11

Buprenorphine Use and Risks

As a partial agonist, buprenorphine causes fewer effects traditionally associated with opioids and at a lower intensity. 12  The risk of harms, such as a fatal overdose, are significantly lower than those of full agonist opioids (e.g., oxycodone, hydrocodone, heroin, etc.). 12

Like methadone, buprenorphine is closely regulated and requires federal approval to dispense. However, buprenorphine doses do not require supervised administration, and many programs and providers have been granted waivers by the federal government, which gives individuals the freedom to self-administer the medication at home. 12

Buprenorphine is sometimes combined with naloxone in a film that’s administered by dissolving it under the tongue. The naloxone has no effect when administered via this route, but should a person dissolve the film in water and try to inject it intravenously, the naloxone—an opioid antagonist—is activated and begins reversing the effects of any opioids in the system, which then precipitates withdrawal symptoms. 15

Buprenorphine is also available as a 6-month subdermal implant and a once-monthly injection that eliminates the need for daily dosing.12

You don’t have to do it alone; help is just a call away. Call us at and we can help you find the right rehab program for you or your loved one. Whether you choose to attend our drug addiction treatment program in Texas at Greenhouse Treatment Center or at one of American Addiction Centers’ other rehab facilities across the United States, we will be there with you at every step of the way.

opiate
Prefer getting help via text?
We're available 24/7 via text message. Signup below for access to our team when its convenient for you!
and many more...
✕
Instantly Check Your Insurance Coverage
Your information is safe & secure
At Greenhouse, we accept most types of private (non-government) insurance and offer a variety of payment options.
You can quickly and privately check your insurance benefits to see if you're covered for addiction treatment services. We’ll be able to tell you if your provider is in network with Greenhouse Treatment Center and all American Addiction Centers locations.
This means your treatment may be FREE1 depending on your policy, copay, and deductible.
Your Next StepsRecovery is possible. We're here to help with your addiction.