Millions of people in the United States struggle with addiction and substance abuse problems. The National Institute on Drug Abuse (NIDA) has a list of guidelines for appropriate, evidence-based treatment, and these include entering a medically supervised detox program as the first stage of treatment. NIDA defines detox as the process by which the body gets rid of intoxicating substances and physical dependency on drugs or alcohol; however, it is important to note that detox works best with help from medical professionals.

Some substances of abuse, like opioids and alcohol, have medications that can ease withdrawal symptoms; others, like benzodiazepines, can be tapered slowly to ease the body off these drugs with the help of a doctor. Still other drugs, like crystal meth or marijuana, must be given up completely, and individual symptoms of withdrawal, like nausea or muscle pain, can be treated as they appear. 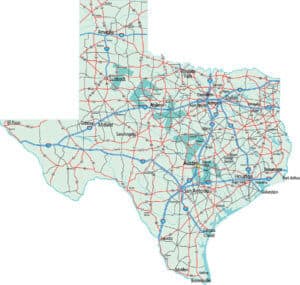 In Texas, according to data from 2016 published by the University of Texas at Austin’s School of Social Work, substance abuse in the state remains a serious problem. This is largely a reflection of the national opioid addiction epidemic, but other substances are problematic in the state too.

A startling finding reported by the Drug Policy Alliance (DPA), published in 2007, found that a drug combination of heroin and Tylenol PM, called cheese, has led to an increase in overdose deaths, beginning in 2005. At least 30 people, ages 18 and younger, died from this concoction.

The Substance Abuse and Mental Health Services Administration (SAMHSA) gathered data on the Dallas-Fort Worth-Arlington, TX metro area as part of the National Survey on Drug Use and Health (NSDUH). Between 2005 and 2010, the average population of that metro area was 4.9 million people, ages 12 and older; in that same timespan, about 641,000 individuals ages 12 and older reported any illicit drug abuse in the past year. This was just over 13% of that population, showing that the Dallas-Fort Worth-Arlington metro area had similar rates of substance abuse to Texas as a whole. Specific rates of abuse were:

About 400,000 people ages 12 and older, or about 8.2% of the Dallas-Fort Worth-Arlington area population, were classified as struggling with addiction or a substance use disorder. Healthy North Texas found, in a survey ranging from 2013 to 2015, that there were 11.6 overdose deaths in per 100,000 people in Dallas County. SAMHSA added that in 2010, there were 108 total drug-related deaths in Dallas-Fort Worth-Arlington.

A 2011 Treatment Episode Data Set (TEDS) report from SAMHSA found that there were 19.3 million people across the United States who met the criteria for substance abuse treatment but did not get it. While most of these people did not seek treatment, 281,000 individuals wanted and sought treatment but did not get it. Like most cities in the US, Dallas struggles with a large population suffering from addiction and substance abuse conditions and, subsequently, a need for specific types of evidence-based treatment, starting with detox programs offering medical supervision.

Dallas, Texas, is a large city that offers detox options for people struggling with substance abuse in the area. Many hospitals will provide some treatment services, especially for those who suffered an overdose and were admitted to the emergency room; however, other people who are not in immediate physical crisis can still get detox help through several sources.

Veterans living in the Dallas metro area can use their veterans’ benefits to enter substance use disorder treatment through the VA North Texas Health Care System at the Dallas VA Medical Center or the Fort Worth Outpatient Clinic.The Texas Department of State Health Services (DSHS) provides treatment programs, including detox options, which are state-funded. Their website has a search feature, allowing a person to investigate detox and rehabilitation options available through the state agency.

Psychology Today has a list of medication-assisted detox treatment centers in Dallas, Texas, and another page for more general detox programs in the city. MAT typically refers to opioid or alcohol detox, which often requires medications like buprenorphine or naltrexone to manage withdrawal symptoms and help the individual stay sober once their body is no longer dependent on the substance.

Scouring the Yellow Pages (YP) has not gone away; it has just moved online. YP offers listings of detox and rehabilitation services in Dallas.

Detox programs involve the clearing of substances from the body. It may involve medically managed withdrawal to address the unpleasant and potentially dangerous side effects that may occur depending on the abused drug.

Detox does not address the deeper issues that are connected to substance misuse and abuse and so should only be treated as the first step on the road toward recovery.

Paying for Detox Programs in Dallas

Insurance is likely to cover at least part of a detox program, although different insurance companies will cover different services. For example, Aetna lists among their benefits that they will cover both outpatient and inpatient detox options; Molina, for Texas, will cover inpatient and medication-assisted therapy for detox. Before choosing a specific program, understanding an insurance company’s benefits and where they will send their clients for treatment is important.

Nationally, about 60% of people seeking detox treatment do not have insurance; about 70% were not employed at the time of admission; and Medicaid covered 36.5% of admissions to detox services.

For those in Dallas without insurance, there are some inexpensive treatment options. As mentioned, the Texas DSHS offers detox and rehabilitation services. However, charities also provide treatment for substance abuse. For example, the Texas branch of Volunteers of America offers substance abuse treatment; they will likely not offer medication-assisted therapy, but they do offer outpatient treatment and aftercare services, including job training, financial support, and housing placement.

St. Jude Catholic Church in Dallas offers 12-Step meetings for those struggling with alcohol and drug addiction, under their Catholic Alcoholism and Addiction Ministries (CAAM). Again, this group does not offer medication to help with detox, but they do offer social support through support groups.

Once detox has been successfully completed, it is important to enter a rehabilitation program to get therapeutic treatment to change behaviors around intoxicating substances. Detox on its own does not constitute sufficient addiction treatment.