El Paso has a lot to offer to its local residents. Like any city across the United States, you’ll find a mixture of people from all walks of life. Some have had it a bit harder than others. They may have grown up with parents who abused alcohol and thus suffered a strong predisposal to the same lifestyle. Others might be adults who are struggling with finding steady employment and making it in a town where the cost of living is just 1.8 percent below the national average.1 Some who engage in substance abuse are also battling co-occurring mental health disorders that are difficult to cope with in the substance’s absence. It is important to recognize these issues for what they are — frequently contributing factors in the lives of individuals who engage in substance abuse. 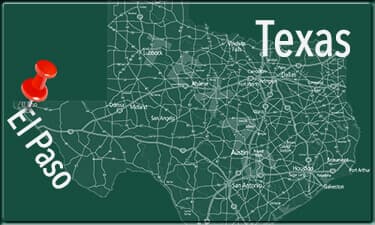 Why People Abuse Drugs and Alcohol 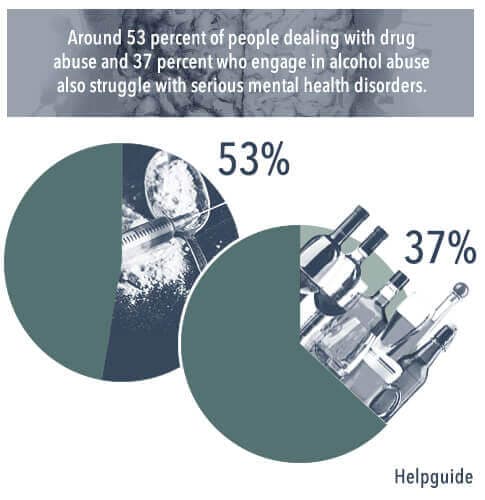 Parental substance abuse leaves lasting marks on children long after they’re grown. For those who have grown up watching their mother or father abuse alcohol, they’re automatically 3-4 times more likely to end up dependent on drugs or alcohol.2

The average per capita income in El Paso is $19,262.3 For someone who needs substance abuse treatment, this level of income doesn’t exactly support their needs. El Paso is the poorest large city in the entire state of Texas.4 Unemployment rates are actually lower in this Texas city at 6 percent than the nationwide average of 6.3 percent.5 For those who are out of work, around one in six is abusing drugs or alcohol.6

Others may suffer from mental health disorders — often a primary factor that leads many to a life of substance abuse. Many people who suffer from drug and alcohol dependency have spent years self-medicating symptoms of untreated mental illness. Some are aware of their diagnoses while others are not. Around 37 percent of people who abuse alcohol and 53 percent who abuse drugs are suffering from one or more mental health disorders.7

Treating mental illness can be complicated. This lack of effective treatment leads many of these individuals to abuse drugs and alcohol in an effort to numb the symptoms of their illness, which range from mood swings, paranoia, and anxiety to angry rages, physical pain, and even suicidal thoughts. It is thought that more than 90 percent of people who die from suicide were affected by mental health disorders.8

Disorders commonly found to co-occur with substance use disorders are: 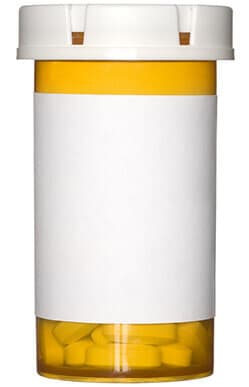 Some disorders have been given more attention than others. For example, we understand that depression is often caused by chemical imbalances in the brain. Antidepressants are effective in completely treating these issues in about half of people who use them correctly.9 While 15.7 million people suffer from this illness every year, the vast majority of people do not seek treatment.10

For those who are fighting back against severe disorders, the treatment process may be a tougher road. For instance, people affected by bipolar disorder are known for discontinuing their medications. Staying on medication isn’t always the problem, though. Prescription drugs don’t work for around 10-20 percent of bipolar sufferers,11 of which there are around 5.7 million adults across the country.12
These illnesses are quite common in people who abuse drugs and drink. Around 20 percent of people with mood disorders like bipolar or depression also battle substance abuse.13 Mood disorders also frequently appear to affect individuals who have engaged in various types of criminal activity — both drug-related and otherwise.

Drug abuse is rampant in El Paso. In fact, it may be one of the worst cities in the state when it comes to substance abuse. The city has a population of 679,036, and many have a history of substance abuse.14 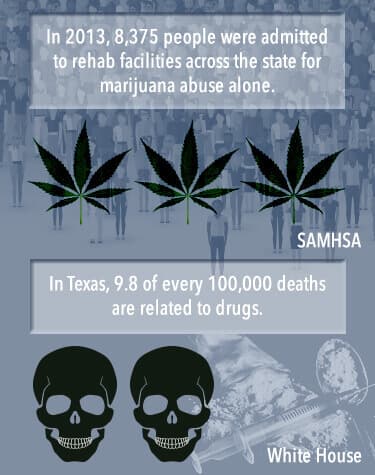 Marijuana accounts for more treatment admissions in the state than any other illicit drug. In 2013, 8,375 people were admitted to rehab facilities across the state for marijuana abuse alone.15 Overdose-related deaths are an issue in El Paso and throughout the state, though the situation isn’t as dire as it is elsewhere in the US. Nationwide, 12.7 of every 100,000 deaths are drug-related; in Texas, only 9.8 of every 100,000 deaths are related to drugs.16

The Mexican border lies directly alongside El Paso. The drug trade is prominent across the entire southwestern region and much of Texas, but El Paso is hit hard every day with loads of drugs making their way into America illegally. These practices aren’t without hefty punishments, but drug traders often don’t care. Many of the individuals who transport these drugs across the border are coerced into it from a young age. Others are so deep in a world of substance abuse themselves that they have very little value for their

own lives. Getting caught isn’t a concern they have; they’re more worried about going without their supply of drugs.

With the international drug trade comes a surge of drug seizures and raids in the El Paso area. In August of 2015, U.S. Customs seized 10.55 pounds of cocaine and 513 pounds of marijuana across six different seizures from individuals trying to cross into the United States via the El Paso port of entry.17 These alleged offenders face serious penalties imposed by state and federal laws, up to life in prison.18

Trafficking illicit substances, such as methamphetamine and black Mexican tar heroin isn’t the only way to end up behind bars. If seizures turn up even small quantities of marijuana in a home or vehicle, or on an individual, it could mean as much as six months in jail and $2,000 in fines.19

Alcohol abuse rates are higher in Texas than national rates. Alcohol abuse is the number one reason people enter treatment for substance abuse in El Paso.20 The risk of dependency with alcohol varies from one person to the next. While nearly everyone who abuses painkillers or heroin regularly will end up hooked, not everyone who drinks too much becomes an alcoholic.

Deaths are linked to alcohol abuse every year — around 88,000 of them across the country.21 Moreover, many other deaths occur annually that can be attributed to alcohol, as well. An average of 6,514 people died every year between 2006 and 2010 in all of Texas as a result of alcohol related causes.22 In 2014 alone, 20 people died in crashes that involved an intoxicated driver in El Paso.23

Those who are at fault in accidents where alcohol was a contributing factor face a substantial sentence in Texas to pay for their crime. Minimum incarceration periods range from 3-180 days for first offenders to one month to one year for second-time offenders, and two years or more after that.24 In addition, those who are convicted may have to pay fines upwards of $2,000-$10,000 and lose their driving privileges for as little as three months to as long as two years.25 Others may also be ordered by the court to have a device installed in their vehicles that prohibits them from starting the car without first blowing into a Breathalyzer that makes sure they haven’t been drinking.26 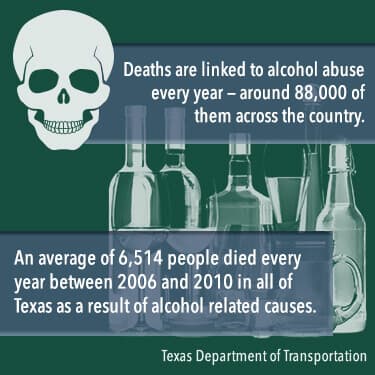 El Paso is home to four treatment centers that offer a variety of services to help people plagued by substance abuse in getting back on their feet.27 Rehab isn’t the only focus of many of the programs offered in the area; you can access mental health treatment, too. It is imperative that individuals who are aware of existing mental health disorders seek out this kind of tandem treatment. However, even those clients who have never been diagnosed with any form of mental illness may stand to benefit from choosing a rehab facility that is capable of diagnosing and treating mental illness. Several individuals who suffer from mental illness do so for a long time before they’re ever aware of such. 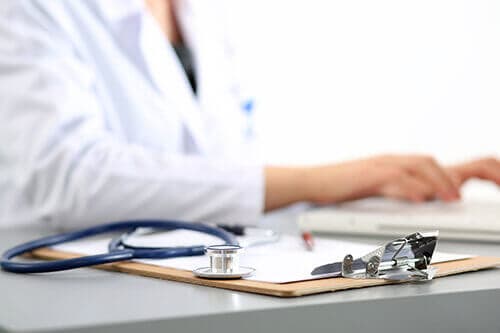 The good news is that more people are seeking treatment than ever before. In 2013, 5,629 people sought treatment for methamphetamine abuse in Texas; during 2014, 6,219 did.28 This may be partly due to the passing of the Affordable Care Act in 2010 that opened doors to substance abuse rehabilitation for millions who didn’t have insurance coverage previously. More than 15 million people now have insurance who didn’t before the enactment.29 It is hopeful that the ACA will turn the insurance climate around in Texas, which ranks above all other states for the number of residents without insurance at 32 percent.30

There are regulations involved in regard to insurance. Individuals seeking treatment should make sure that the rehab program they are interested in accepts their insurance. Furthermore, most insurance providers will only cover treatment rendered at licensed facilities. Verifying the licenses of physicians and counselors on staff is always wise. Those who are in need of treatment can verify these credentials with the Commission on Accreditation of Rehabilitation Facilities and find additional help while seeking recovery through organizations like Homeward Bound and Aliviane, Inc.

Convictions for drug-related offenses can come with stiff jail sentences. That is especially true in El Paso, where law enforcement officials have instigated a “worst of the worst” policy that dictates steep sentences for repeat offenders. For example, one man in El Paso was sentenced to 30 years under those rules, according to the Drug Enforcement Administration. That is a huge timespan to spend in jail, and these sentences are often the result of drug use and drug dealing.There is another way. People with a drug habit simply do not need to spend the majority of their lives in prison, waiting out their punishment for the drugs they have used and/or sold. Instead, people in El Paso can take advantage of one of the many treatment options located within the city limits. These are some of the options available: