Treatment facilities in the Houston area offer an impressive set of resources to individuals struggling with substance abuse. With 22.7 million people in need of treatment nationally in 2013, just 2.5 million people received that treatment.1 Leaders in the Houston area treatment industry, and throughout Texas, want to increase that number and improve the quality of rehab units across the city and state.

Read on to learn about the Houston area of Texas in regard to: 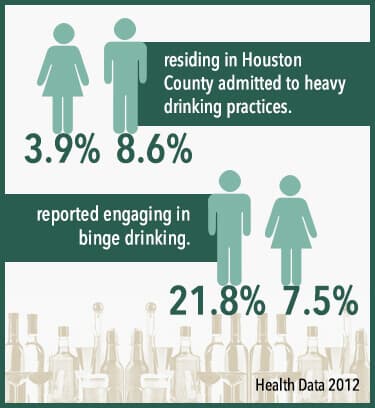 With around 2.2 million people living in Houston, 2 the city is more than just another busy tourist destination.

Behind the scenes of everyday life, some residents are struggling to stay afloat while abusing drugs. Drug abuse rates run high in Texas, and the local trafficking operations are likely responsible for a large part of that. In 2013, 39,676 people entered treatment facilities in the state for the treatment of a drug or alcohol problem.3

Issues of alcohol abuse haven’t been any kinder to Texans:

Outside of alcoholism, many others still battle alcohol abuse. Not everyone who drinks heavily is dependent on alcohol. However, these individuals still account for a large number of adverse outcomes related to drinking, such as alcohol poisoning and car accidents.

Around 17% of males and 8% of females will fit the criteria for a diagnosis of alcoholism at some point in their lives.6

Substance abuse and addiction can occur in every demographic, but there are often many factors that combine to create the perfect environment for dependency to thrive.

For example, someone who grows up in a household where substance abuse is prevalent is far more likely to turn to the same lifestyle as an adolescent or adult than someone who grows up in a drug-free household. Parental substance addiction predisposes children to an eight times greater risk of developing a dependency on drugs or alcohol themselves.7

Consequences of Drug and Alcohol Abuse

Death is a more likely consequence when you’re abusing drugs or alcohol. Texas lost 2,343 residents in 2007 to drug abuse.8 An annual average of 6,514 people died every year between 2006 and 2010 in the state due to alcohol abuse.9

Often, these numbers are actually a great deal larger than what statistical data puts forth. Many deaths are caused by indirect factors associated with drugs and alcohol every year, but national- and state-level data frequently accounts only for those directly caused by the substances, such as overdose. Other deaths stem from both though, including but not limited to: 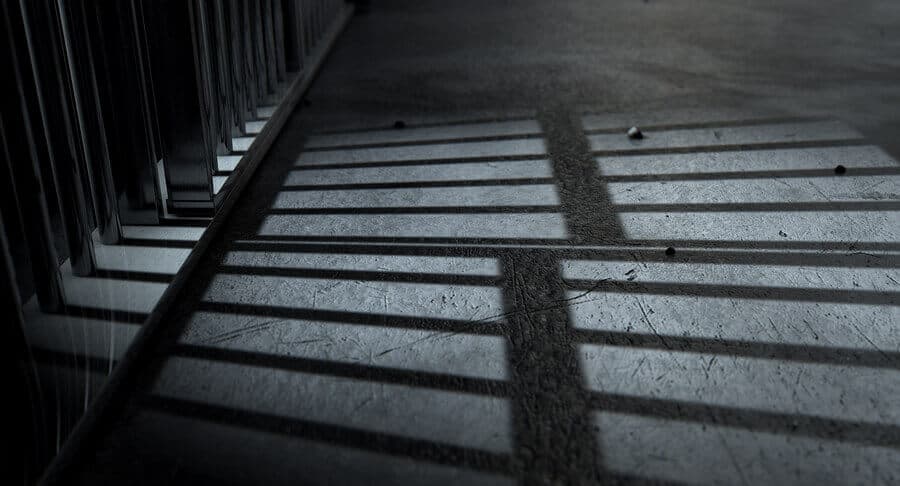 Even if individuals are lucky enough to avoid harming themselves or others while driving drunk, they might not escape police. It’s estimated that individuals who drive drunk and get caught have already engaged in the practice around 80 times before their arrest.10

Driving under the influence is a serious charge that isn’t taken lightly in the state of Texas. Deaths stemming from drunken driving accidents reached 1,337 in 2013 for the state of Texas, which led the entire nation that year.11

Getting caught even one time comes with stiff fines and 3 to 180 days in jail, but repeated offenses bring stiffer penalties—up to 2 years without a license following a much longer prison sentence.12

Arrest rates for drug-related activity are no better. In 2014, 139,471 people were arrested for a drug-related crime in the state.13 Individuals who are caught with certain substances are looking at hefty prison sentences and steep fines, as well.

Trafficking is the biggest issue in the Houston region. The Mexican drug cartel has developed strong ties within the community over the last few decades. While drug busts and seizures are occurring almost daily in the region, the amount of drugs being smuggled into the area is impossible for law enforcement to keep up with. 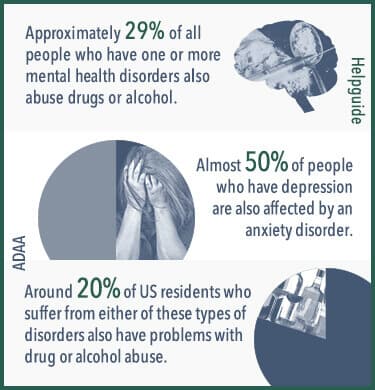 Substance abuse doesn’t always strike at random. Sometimes there are factors at play that can significantly increase an individual’s predisposal to this lifestyle. Mental health disorders impact the daily lives of around 42.5 million nationwide.14

Around 3.68% of the population of Texas is living with a serious mental health disorder, like schizophrenia or bipolar disorder.15

Approximately 29% of all people who have one or more mental health disorders also abuse drugs or alcohol.16 Substance abuse may be even more popular among individuals with certain illnesses.

Anxiety disorders, which affect some 40 million Americans every year, are seemingly more likely to occur in cases of substance abuse, too.17

In 2013, 41,149 people died across the nation as a result of suicide and four of those deaths occurred in Houston County.20,21 It is suspected that mental illness plays a strong role in the majority of suicide cases. Those who manage to stay afloat, and battle the circumstances they have been given, may face other struggles, such as keeping a job or holding together interpersonal relationships.

Both of these issues are worth shedding some light on since they can significantly impact the treatment outcomes for individuals suffering from some co-occurring mental health and substance abuse disorders. Without employment, many sufferers don’t have the income or health insurance available to get the help they need.

In the Houston area, there are 24 substance abuse treatment centers in operation.22 They offer services ranging from medical detox and therapy to support groups and medicated treatment options.

When planning for treatment, consider what type of rehab will suit your or your loved one’s lifestyle.

The majority of the more than 22,000 treatment centers in America offer outpatient treatment services.22 This may be because this form of treatment is the easier to partake in while keeping the rest of the person’s life in order.

Unlike residential treatment options, which only 2,862 national facilities offer nationwide, outpatient treatment allows clients to go home at the end of the day and return to their normal lives. They can still help out with the needs of their families, raise their children, and keep their jobs.

Time Off for Addiction Treatment

On that note, federal law requires that employers give employees 12 weeks off from work to seek addiction treatment if they need it.23 During this time, employers cannot permanently fill the person’s position at work with a replacement. For those who do require residential care at one of Houston, or Texas area, facilities that offer it, there is little need to worry about losing their job.22

Still, outpatient services are often preferred. It is often less expensive to seek this type of care, too. This is important given that those 12 weeks off come without pay.

Going to treatment is a feat that any person can be proud of. Overcoming drug or alcohol abuse and learning to manage the issues that led you down that path can be empowering.

Houston is home to a large number of beneficial resources to help those who are struggling with substance abuse and addiction to get back on their feet, seek treatment, and live healthy and full lives in recovery. The Texas Department of State Health Services is a great starting point for those looking for local resources.

People in Houston should take advantage of the excellent drug addiction treatment programs available in and around the area—as you’ll see below, there are many to choose from.

Most hospitals in the Houston area provide supportive care for people who are struggling with a physical problem caused by drugs. Some also offer medical detox services. People in the midst of a medical crisis due to drugs should head immediately to the hospital for care.

This is a full-service addiction treatment program that offers help with medical detox, rehab, and aftercare. People who need a little extra help on the journey can enroll in the continuing care program and tap into helpful phone calls, retreat weekends, alumni groups, and more. The center also provides help for family members, so they’ll know how to support someone in recovery.

This organization has been providing addiction care services in Texas since 1990. During that time, the founders have developed a robust selection of over 20 different treatment facilities in Texas, and some are located in Houston. The Right Step offers medical detox, intensive outpatient care, inpatient rehab, and continuing care. There are specialized programs for adolescents and members of the LGBTQ community.

This organization offers a retreat-based treatment philosophy that could help. Men and women are housed in different campus locations in rural Texas. There, these people are provided with a robust residential treatment program that combines science-based approaches with spiritual care. Skill building, goal setting, social connections, and spiritual recovery are all provided to people who enroll.

A part of the American Addiction Centers (AAC) family of facilities found throughout the United States, Greenhouse Treatment Center provides compassionate care and treatment for addiction and co-occurring disorders. This isn’t your average addiction treatment facility either, as it’s located in a former Neiman Marcus spa.

Young people can get help, at no cost, from the Palmer Drug Abuse Program. This organization provides group counseling for young people struggling with addictions to almost any substance. Interested families are encouraged to go through an assessment before attending the first meeting, just to make sure the program is the right choice for the young person in need.

This nonprofit organization focuses on delivering services to people who are both homeless and struggling with addiction. The organization offers a variety of programs, including 12-Step meetings, physical wellness services, and residential addiction care. People attending this program must be able to pay rent (less than $100 per week), and they must agree to comply with all of the program’s rules and regulations.

Men who enroll are provided with medical and psychological screenings. They are provided with counseling for both substance abuse and co-occurring conditions. All participants are expected to work and to participate in 12-Step groups. There is an optional two-year aftercare program for men who need more help. Enrollment is only open to adult men without insurance or funding. 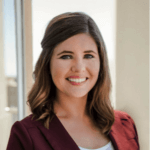 Laura Close is a Senior Web Content Editor at American Addiction Centers and an addiction content expert for Greenhouse Treatment Center. She has a bachelor’s degree in English and has nearly a decade in professional editing experience that includes...Read More

localtexas
Recovery Can Start TodayGet the help and information you need.